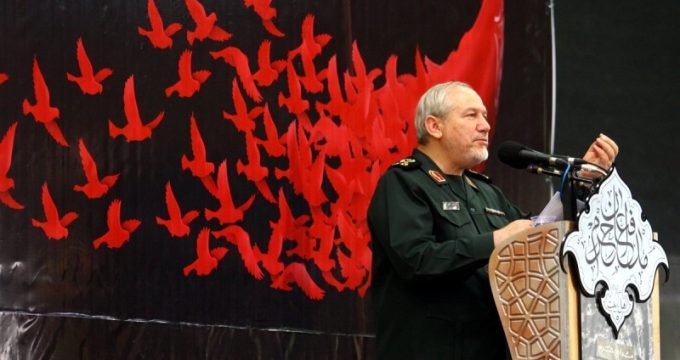 IRNA – A senior Iranian military official says a new power structure in the Islamic world covering an expansive area of Asia, Africa and the Pacific Ocean is emerging.

He was addressing a conference in the Iranian capital about the future of power in the Islamic world based on Islam, its principles and West.

‘Currently, this new power possesses 75% of oil and 57% of gas reserves in the world,’ added the military official, saying the area is home to 1 billion 600 million Muslims that are spread from the Atlantic Ocean to North Africa, from Central Africa to Asia and the Pacific Ocean.

‘These 1 billion 600 million Muslims share one God, one Prophet, one holy book and one Qibla,’ Major General Safavi said, referring to the direction Muslims need to face during their prayers.

The new power pole will be guided by the pure Islam that’s being promoted by the Islamic Revolution of Iran, according to the high-ranking military official.

He said the US hegemonic power failed in the 21st century and that it couldn’t turn into the only super power in the world.

Rahim-Safavi said if a country was to build its desired future, it should take the initiative and be able to predict future events and even take the upper hand in strategy and attack.