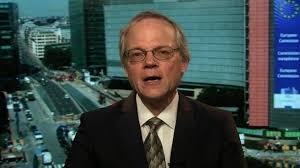 Warsaw conference will not have any practical impact on Iran: Fitzpatrick

Iranian Diplomacy | Javad Heirannia: Mark Fitzpatrick, Associate Fellow of International Institute for Strategic Studies says that the name of the Warsaw’s Conference had to be changed when it was clear that few EU states would participate in an event that was clearly identified as Iran bashing.

“I do not expect the Warsaw Conference will have any practical impact on Iran,” Fitzpatrick said.Following is the full text of the interview:

Q: The United States has announced that it will hold a meeting in Poland on the issue of stability in the Middle East, but the name of the meeting is still vague and unclear. Although the Warsaw’s Conference was initially announced against Iran, Acting Representative of the United States to the United Nations, Jonathan Cohen, recently announced that the Polish summit would not be to defame Iran. Why the goals and the name of the Polish meeting is Ambiguous and unclear?

A: The name of the conference had to be changed when it was clear that few EU states would participate in an event that was clearly identified as Iran bashing.  Pompeo should have realised this before he announced the conference.

Q: If Warsaw’s Conference been anti-Iranian, whether the presence of European countries in this summit will Undermine Joint Comprehensive Plan of Action with Iran (JCPOA)?

A: Whatever the name of the conference, participation by EU states would not change their strong support for the JCPOA.  But it would have given a misleading impression, so it was wise to change the name.

Q: Do you think that the presence of European countries in Warsaw’s Conference will mean that Europe surrenders to trump, and then the SPV mechanism with Iran will no longer work?

No, it would not signal a surrender to Trump, only a diplomatic way of fending off his demands. The conference has no impact on the SPV, which will go ahead as planned, although there has been some delay.

Q: Whether Warsaw’s Conference will has a practical achievement against Iran?

A: I do not expect the Warsaw Conference will have any practical impact on Iran.  It may be like the Security Council meeting on Iran that Trump called last autumn, where he ended up finding himself isolated.