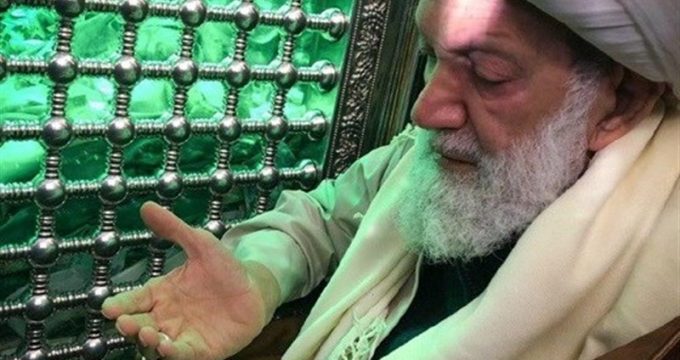 According to Almuqawim, the institute for preserving and publishing works by the senior cleric, Sheikh Qassim arrived in Mashhad, the city that hosts the holy shrine of Imam Reza (AS), on Saturday.

Late in December, the top cleric traveled from Britain to Najaf to make a pilgrimage to the holy shrine of Imam Ali (AS) after some 50 years since his last visit.

Under house arrest since May 2017, the Bahraini cleric went to London in July 2018 for medical treatment.

In May 2017, a Bahraini court convicted Sheikh Qassim of illegal collection of funds and money laundering, and sentenced him to one year in jail suspended for three years. It also ordered him to pay $265,266 in fines in a ruling which sparked widespread demonstrations across the kingdom. The cleric has strongly rejected the allegations.

Bahraini authorities stripped the cleric of his citizenship on June 20, 2016. They later dissolved the Islamic Enlightenment Institution founded by him as well as the opposition al-Risala Islamic Association.

Sheikh Qassim is one of hundreds of people stripped of Bahraini citizenship since 2012.