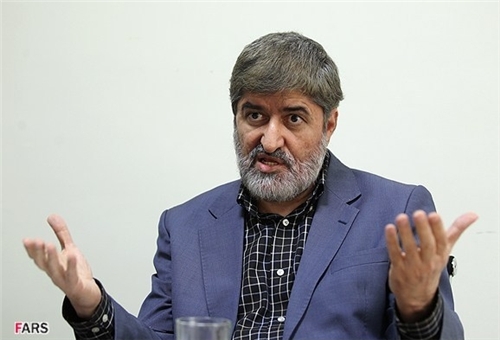 FNA – Iranian Parliament’s Vice-Speaker Ali Motahhari underlined that Europe’s interference in his country’s internal affairs by linking the declared mechanism for trade with Iran – Instrument in Support of Trade Exchanges (INSTEX)- to the FATF is not acceptable.

“A minister of one of the European states has reportedly said that implementation of the INSTEX depends on Iran’s endorsement of the FATF (The Financial Action Task Force), and this is a type of interference in Iran’s internal affairs,” Motahhari said, addressing an open session of the parliament in Tehran on Sunday.

He described the INSTEX as a good sign of Europe’s determination to protect the 2015 nuclear deal, but meantime, said that the final assessment can be made when it is implemented.

“Europe should act upon all its undertakings based on the May 2018 statement issued by the foreign ministers of Iran and three European states (Britain, France and Germany),” Motahhari said.

In reaction, Iranian Foreign Ministry Spokesman Bahram Qassemi said that the special financial mechanism for trade with Iran launched by the UK, France, and Germany is a first step which should be followed by quicker implementation of the EU’s May 2018 undertakings.

In relevant remarks on Friday, a key member of Iran’s Expediency Council stressed that the EC would continue discussions over the fate of the UN Convention on Transnational Organized Crime (Palermo) without being influenced by Europeans’ request for the approval of the convention as a prerequisite for the operation of the INSTEX.

“EU’s Special Purpose Vehicle (SPV, recently renamed as INSTEX) will not influence the Expediency Council’s decision on the approval (or disapproval) of Palermo convention,” former Iranian Defense Minister Brigadier General Ahmad Vahidi, also a member of the Expediency Council and the current president of the National Defense University, told reporters in Tehran on Friday.

“The EU’s yesterday move was only a small part of the European states’ undertakings with regard to Iran under the nuclear deal (JCPOA); and of course, the fate of this minimum undertaking is still not clear in terms of action,” he continued.

He underlined that Palermo Convention should be further examined, and said, “The Financial Action Task Force (FATF) recommendations threaten Iran’s economy and it is a framework adopted by the global arrogance to impose restrictions on Iran and pursue the sanctions re-imposed against Tehran in smarter ways.”

Palermo bill is one of the four government bills seeking to bring Iran’s anti-money laundering and countering terrorism financing standards into line with those defined by the FATF.

The parliament has approved all the measures but except for the bill that updates Iran’s domestic law on countering financing of terrorism. All the rest have been rejected by the Guardian Council – a watchdog that ensures laws are in line with the Constitution and Sharia.

The bills on Iran’s accession to the Palermo Convention and the convention against the funding of terrorism (CFT) were rejected by the Guardian Council in early November due to some flaws that violated the country’s Constitution. The bills were then amended by the Iranian Parliament, waiting for the next steps in the Guardian Council.

To fulfill FATF requirements, President Hassan Rouhani’s administration has proposed four bills to the parliament for approval, two of which are still undecided, including the Palermo Convention. They have been referred to the Expediency Council for final approval.

Yet, Iran has recently approved a national anti-money laundering (AML), which was a domestically-developed bill.

In its October meeting, the FATF decided to extend the deadline for Iran until February to complete reforms under the specified action plan that includes a list of 9 major moves, including the opening of its financial transactions data bank to the FATF that is headed by the US Department of the Treasury’s Assistant Secretary heading the Office of Terrorist Financing and Financial Crimes Marshall Billingslea.

The Political-Defense-Security and Legal-Judicial Commissions of the EC declared last month that endorsement of the Palermo bill would run against the country’s interests.