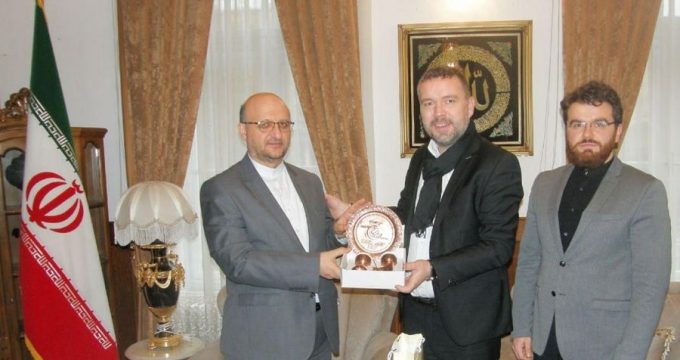 In a meeting with Iran’s Ambassador in Sarajevo Mahmoud Heydari, he added that Islamic Revolution is a major event in the world, as it resounded across the world,” he said.

“We will never forget humanitarian helps of the Iranian people in wartime and I am thankful of them and congratulate the 40th victory anniversary of the Islamic Revolution,” he said.

Referring to the two countries’ friendly relations, he said his country is keen on using experience of Imam Khomeini Relief Committee in eliminating poverty.

Iran’s ambassador, for his part, said that despite the US’ oppressive sanctions, Iran strongly celebrates the 40th victory anniversary of the Islamic Revolution.

Appreciating Marhamat Organization’s cooperation, including involvement in building a school in quake-hit Bam, he stressed the need for continued exchange of experience among the two countries’ charity institutes.