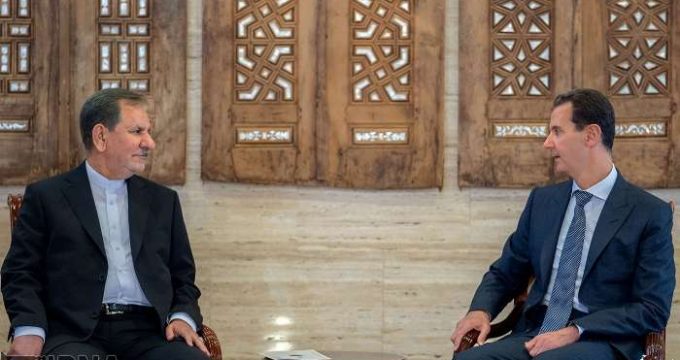 Race for reconstruction heats up as Syrian war winds down

Al-Monitor | Maysam Bizaer: Nearly eight years after the start of the Syrian conflict, forces loyal to President Bashar al-Assad — backed by Iran, Russia and Lebanon’s Hezbollah — have reclaimed control over most territories once held by the rebels. As one of the main allies of Assad, who received Iranian aid in the form of military advisers, manpower and billions of dollars in credit lines to keep Syria’s economy afloat, the Islamic Republic is now trying to widen its role in the war-torn country as reconstruction estimated to cost up to $400 billion begins.

Speaking to Al-Monitor, David Butter, an associate fellow at Chatham House’s Middle East and North Africa program, said, “The main Iranian economic contribution has been through the provision of crude oil at an average of about 50,000-60,000 barrels per day since 2013 on a credit basis. This would work out at about $6-7 billion.”

With the Syrian war nearing its final stages, Iranian officials both from the government and the military ranks have stressed the need to reap economic benefits from the costs they have shouldered. In this vein, First Vice President Eshaq Jahangiri visited Damascus on Jan. 28 at the head of a senior economic delegation. During the two-day visit, Iran and Syria signed 11 agreements and memoranda of understanding that included a “strategic long-term economic cooperation agreement” spanning two decades. The key agreements as reported by the Iranian media focus on industry, trade and agriculture, while the memoranda of understanding relate to education, investment, railways, housing and public services, among other sectors.