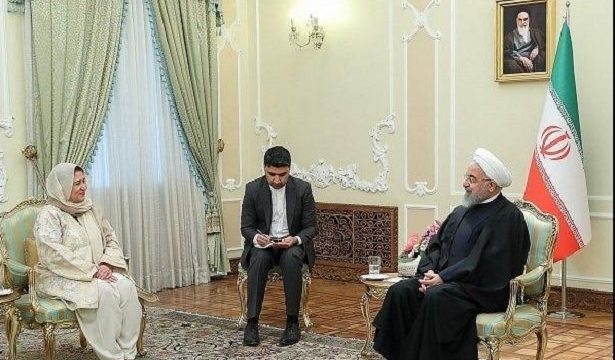 As an experienced diplomat and dedicated officer of the Foreign Service of Pakistan, she has served in several countries, including the UK, USA, France, Turkey, India and Norway. She also has a native command of Persian language.

Rouhani stated that Iran is looking forward to work closely with the new government in Pakistan to further strengthen bilateral relation. He hoped that Ambassador Masood, given her experience in diplomacy and inter-state relations, would contribute positively in furthering bilateral relations between the two countries.

Masood said she is confident that the close, historical ties between the governments and people of the two countries and the prevailing political will on both sides would provide an impetus to bilateral relations that will also augur well for peace and stability in the region.