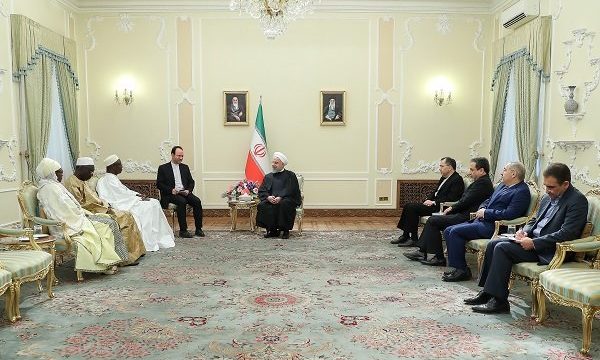 MNA – President stressed that Iran is willing to deepen relations with African countries, including Mali, adding, “there are good opportunities for development of relations between Iran and Mali in economic fields.”

Speaking on Saturday while receiving the letter of credentials of the new Ambassador of Mali to Tehran, Hassan Rouhani said, “the Islamic Republic of Iran is ready to develop scientific and academic, as well as agricultural relations with African countries”.

“The Islamic Republic of Iran will continue to provide its technical aid to Mali, including in health field,” he added.

“Despite pressures imposed by some world powers, the Iranian nation is more prepared than before to defend its national interests, comparing to 40 years ago.”

President Rouhani also wished the new Malian Ambassador’s success in cementing ties between the two countries during his tenure, and described Mali a friendly country in Africa.

“The ways the leaders of the two countries think about bilateral and regional issues are very close and they should take advantage of economic opportunities,” he said.

The new Ambassador of Mali to Tehran also presented his letter of credentials to President Rouhani and said, “the two countries have close economic relations and similar stances in international communities.”

“We are here to help develop economic relations to the level of political ones,” he said, adding that the President of Mali considers Iran a friendly country.