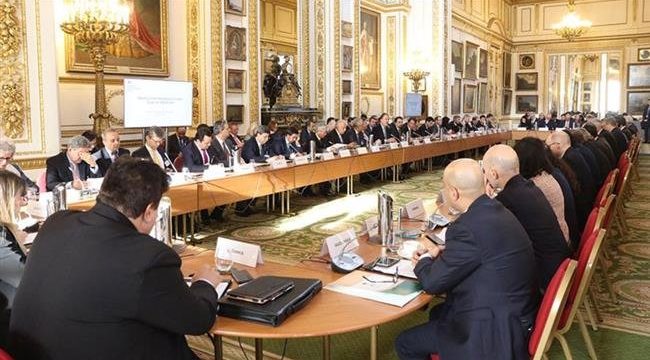 Press TV – Iran’s envoy to a meeting of the International Contact Group on Afghanistan has reiterated Tehran’s support for the Afghan peace process, praising the key role played by the Kabul government in restoring peace to the war-torn country.

Rassoul Eslami made the comments in a Thursday address to the meeting hosted by London and attended by about 80 representatives from over 50 countries, international and regional organizations, and the Afghan government, IRNA reported on Saturday.

The government of Afghanistan, as the representative of the Afghan people, plays a pivotal role in peace efforts, the Iranian envoy said, calling for the cooperation of various political factions with the Kabul government on the process.

He also urged all neighbors of Afghanistan to lend their support to the Afghan peace efforts.

Eslami further noted that a military approach to the crisis in Afghanistan has failed to restore peace and security to the country, and the timeframe announced for the withdrawal of foreign troops from Afghanistan will be a wise move to prepare the grounds for the beginning of peace talks.

More than 17 years of the United States’ presence in Afghanistan at the top of a military coalition have brought nothing but chaos and insecurity to the country as a result of which all forms of organized crimes, especially production of illicit drugs, have been skyrocketing. The country has also turned into a hotbed of violent acts by major terror outfits, especially Daesh.

The Thursday meeting in London was attended by US Special Representative for Afghanistan Reconciliation Zalmay Khalilzad who has been heading separate talks with the Taliban militant group.

After several rounds of talks between the two sides, Taliban spokesman Zabihullah Mujahid told Reuters on Friday that “an agreement was reached on a principle framework…which, if implemented, and if the Americans take honest steps and stick to it truthfully, then God willing we are hopeful that the Americans will end the occupation of Afghanistan.”

He claimed a complete foreign troop pullout would pave the way for “the establishment of an Islamic system,” which would be sought through “negotiations with different political sides, even if they have so far been under the umbrella of the invaders.”

The spokesperson said the next round of the talks with the US would take place in the Qatari capital of Doha on February 25.

Iran has been engaged in separate talks with the militant group as well. Speaking to reporters late in December, Iranian Foreign Ministry Spokesman Bahram Qassemi confirmed Iran had hosted a delegation from the Taliban to discuss possible ways to end hostilities in Afghanistan.

“Since the Taliban are in control of more than 50 percent of Afghanistan, and given the insecurity, instability and other issues that the country is dealing with, they [the Taliban] were interested in talks with Iran,” Qassemi said.

Back in November, Russia hosted multilateral talks on Afghanistan peace, with the participation of the Taliban and the Afghanistan High Peace Council (HPC). While the HPC, a government body overseeing peace efforts, says it represents the Kabul government, the Afghan Foreign Ministry denies it.

Afghan President Ashraf Ghani rejected an invitation to attend the Moscow summit on the grounds that talks with the Taliban should be led by the Kabul government.

Russia is to host a similar meeting on February 5, but Kabul says the Russian government should respect an Afghan-led and Afghan-owned peace process.

“Holding such meetings will not help us in reaching peace. We did not and do not see such meetings necessary and will not attend this meeting,” Afghan Foreign Ministry spokesman Sebghat Ahmadi said.

“We hope that Russia like other countries will express its commitment on recognizing Afghanistan’s role as leader and owner of the peace process,” Ahmadi said.

Reuters quoted a senior Russian official as saying that due to Taliban’s refusal to meet Afghan government representatives and the sensitivity of the situation, it was the best option not to have Afghan government officials at the table.