Iran Front Page – IFP has taken a look at the front pages of Iranian newspapers on Saturday, February 2, 2019, and picked headlines from 14 of them. IFP has simply translated the headlines and does not vouch for their accuracy.

All newspapers on Saturday covered the European Union’s announcement of the establishment of INSTEX, a long-awaited special purpose vehicle (SPV) aimed at facilitating trade with Tehran in the face of the US sanctions.

Reformist papers cautiously welcomed the move by the EU, but conservative ones mostly downplayed the mechanism, describing it as an ineffective effort which is being made too late.

2- US: Europe’s INSTEX Not to Influence Policy of Pressure on Iran 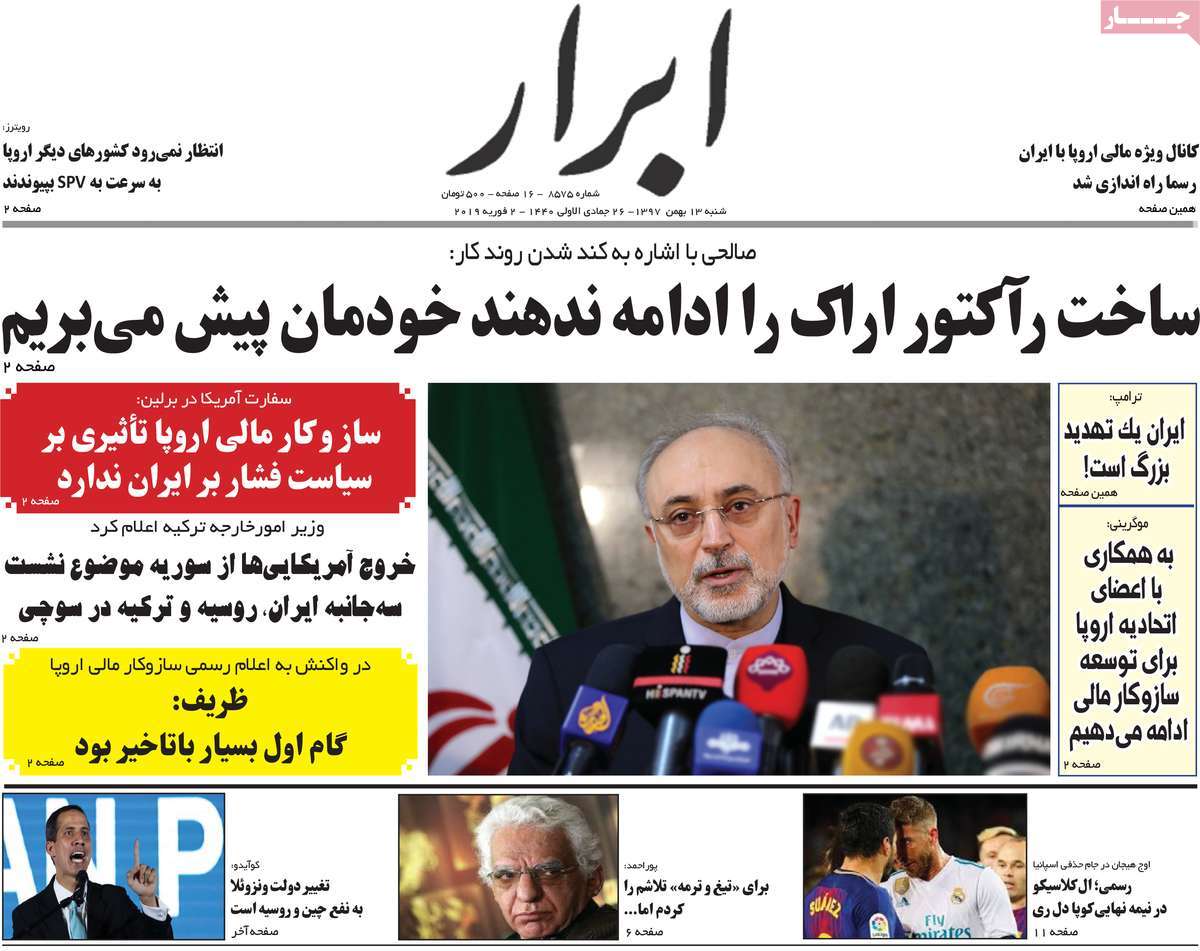 2- Please Use Nicotine Instead of Protein 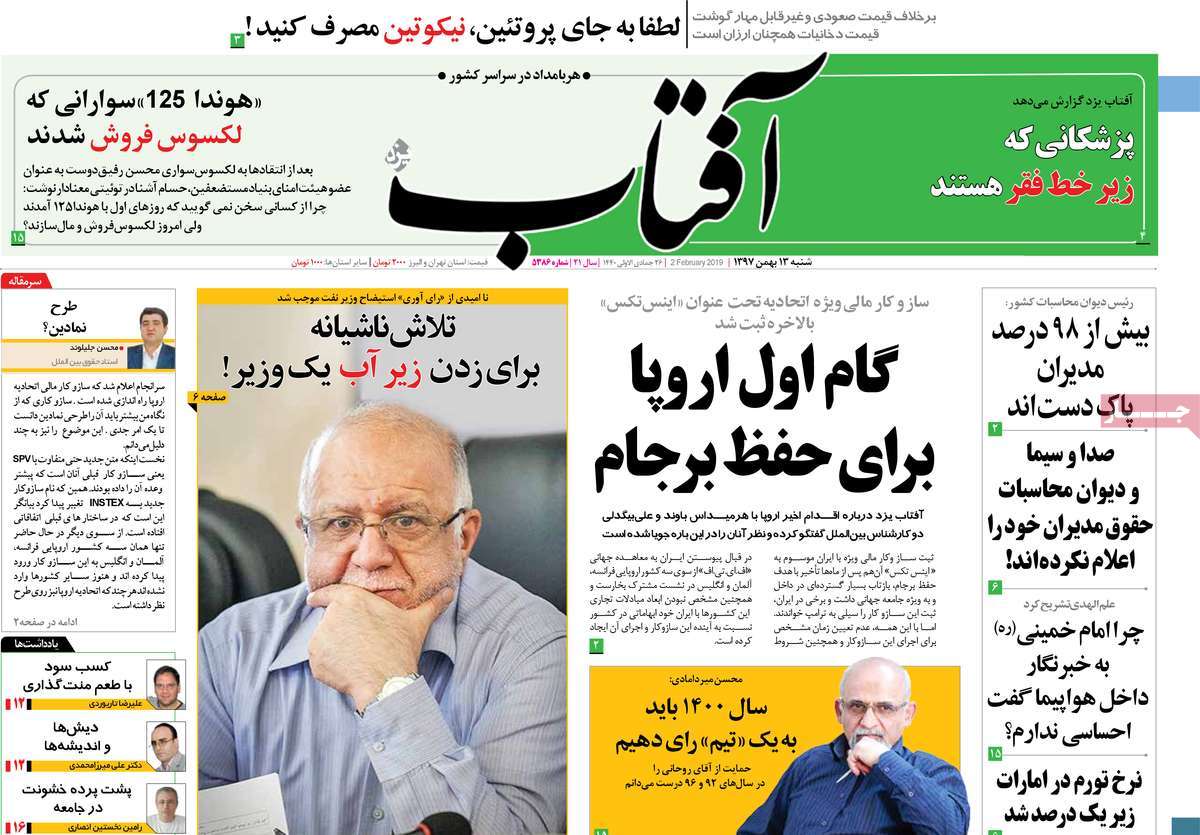 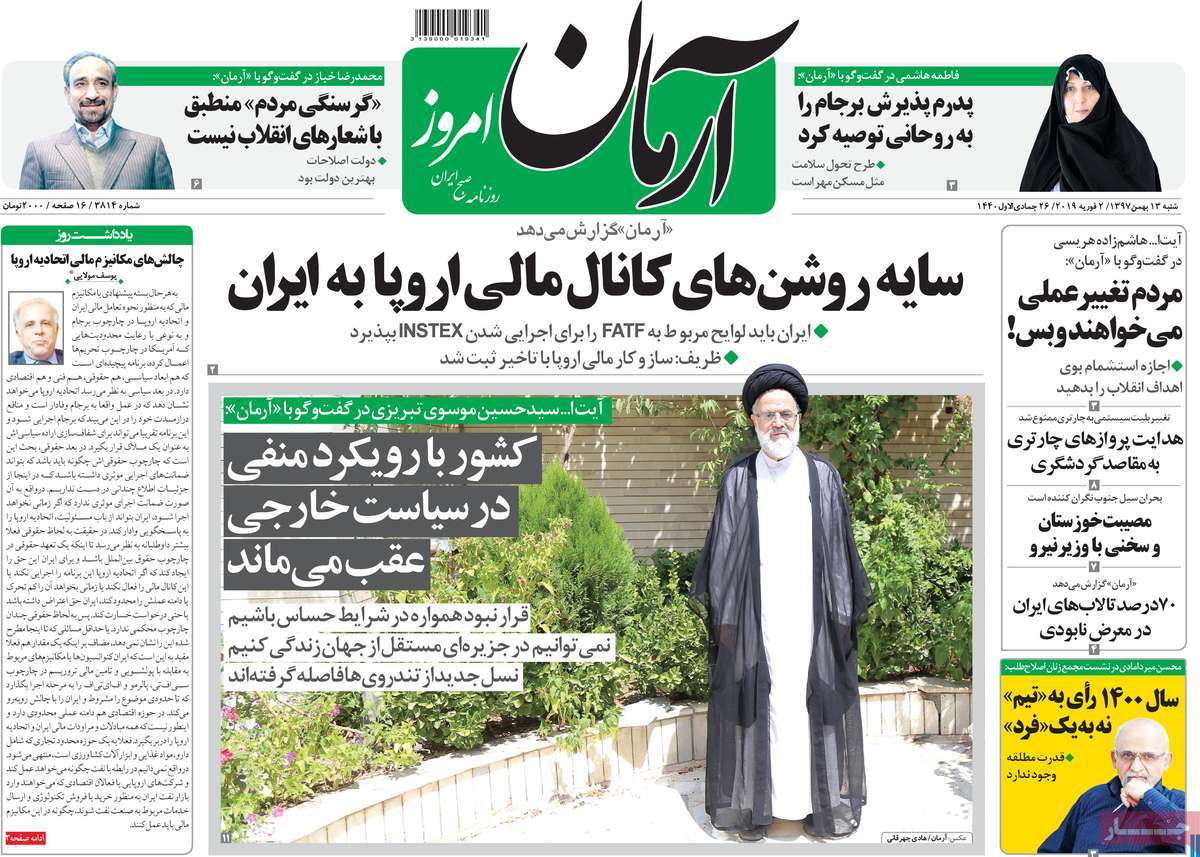 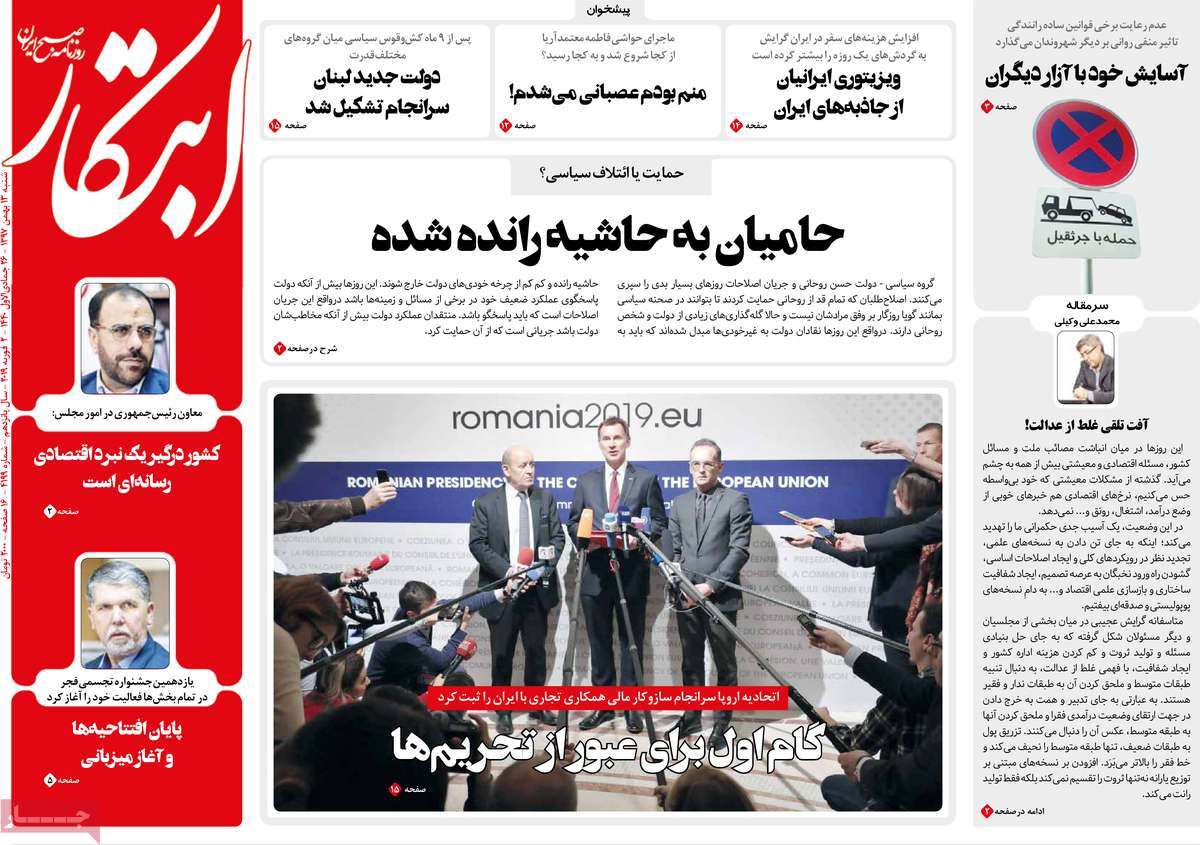 1- Europe Turns Its Back on US Dollar 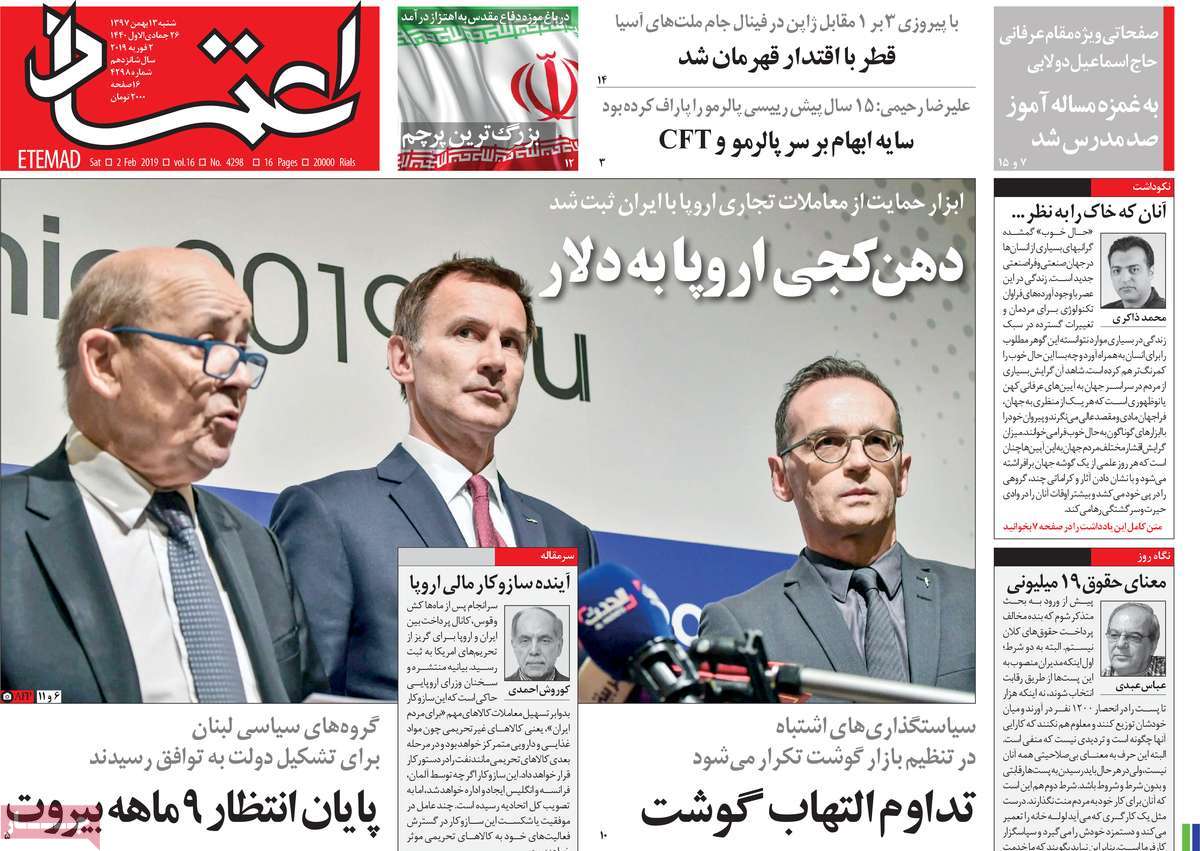 1- Zarif: Interaction with World to Benefit Iran at End of the Day

* In Nuclear Talks, We’re More Concerned about Being Stabbed in Back by Hardliners in Iran 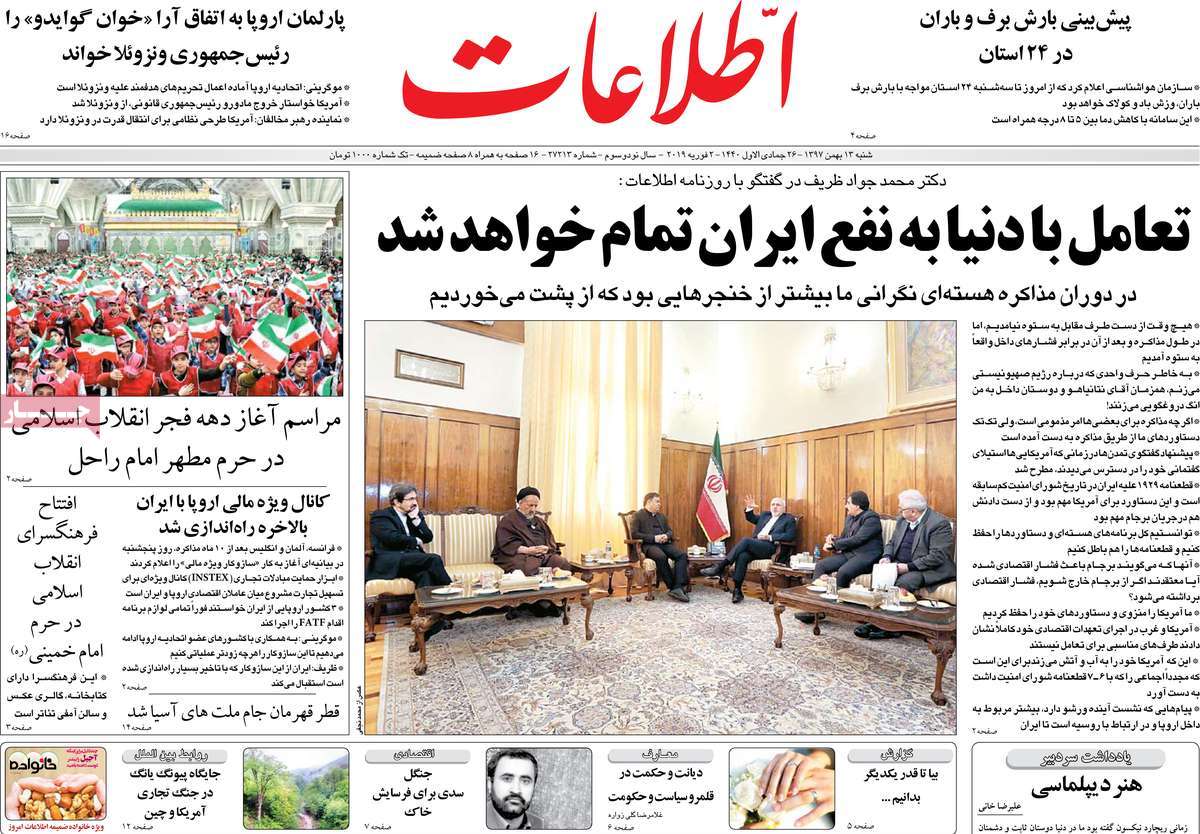 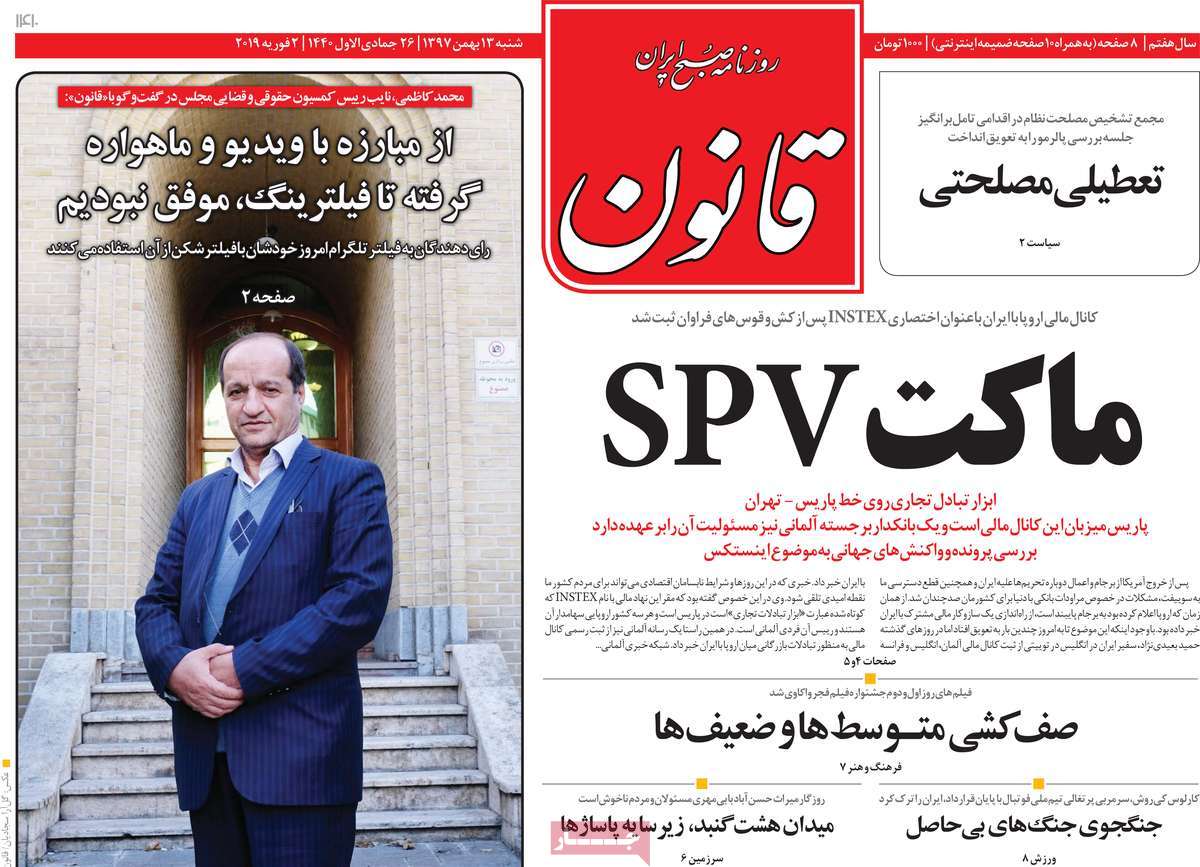 * Iran Foreign Ministry: We Welcome the Move, but It’s Just the First Step 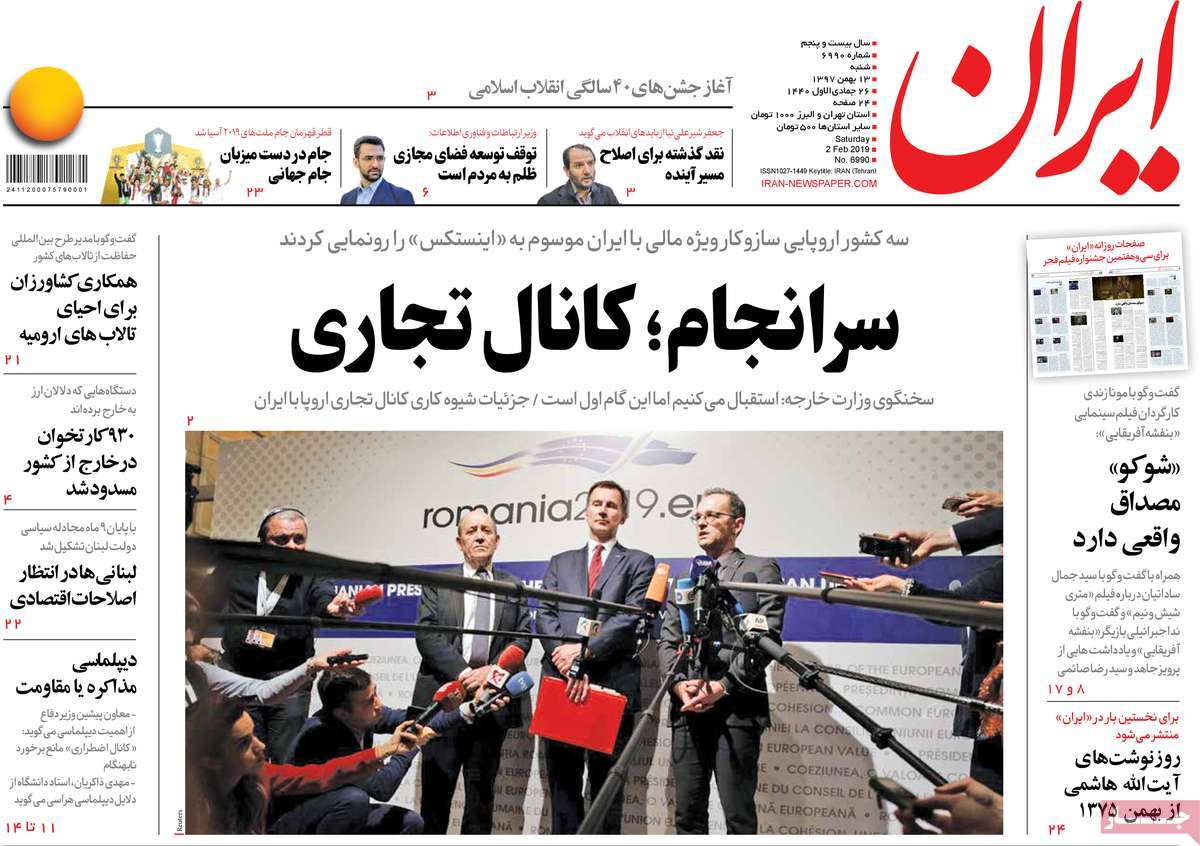 1- INSTEX, another ‘Almost Nothing’ for Iran 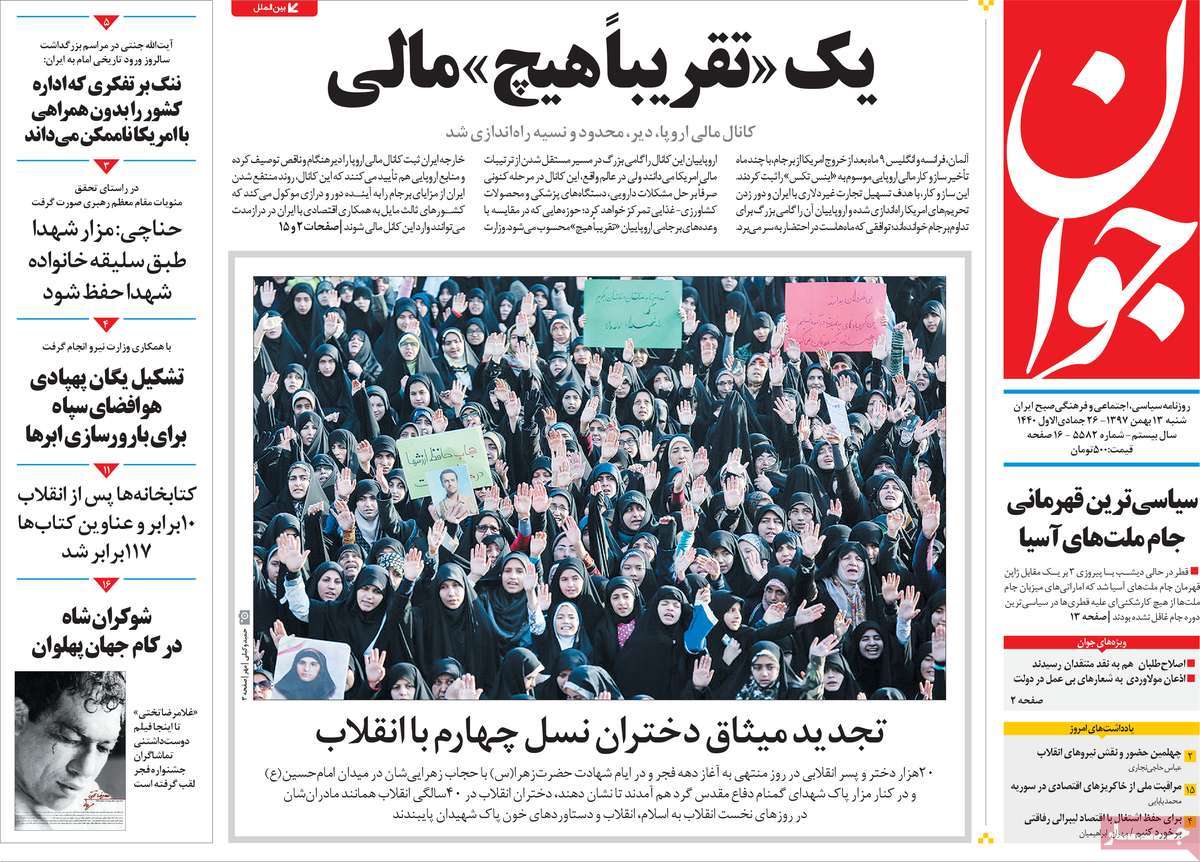 1- US Once Again Fails against Iran 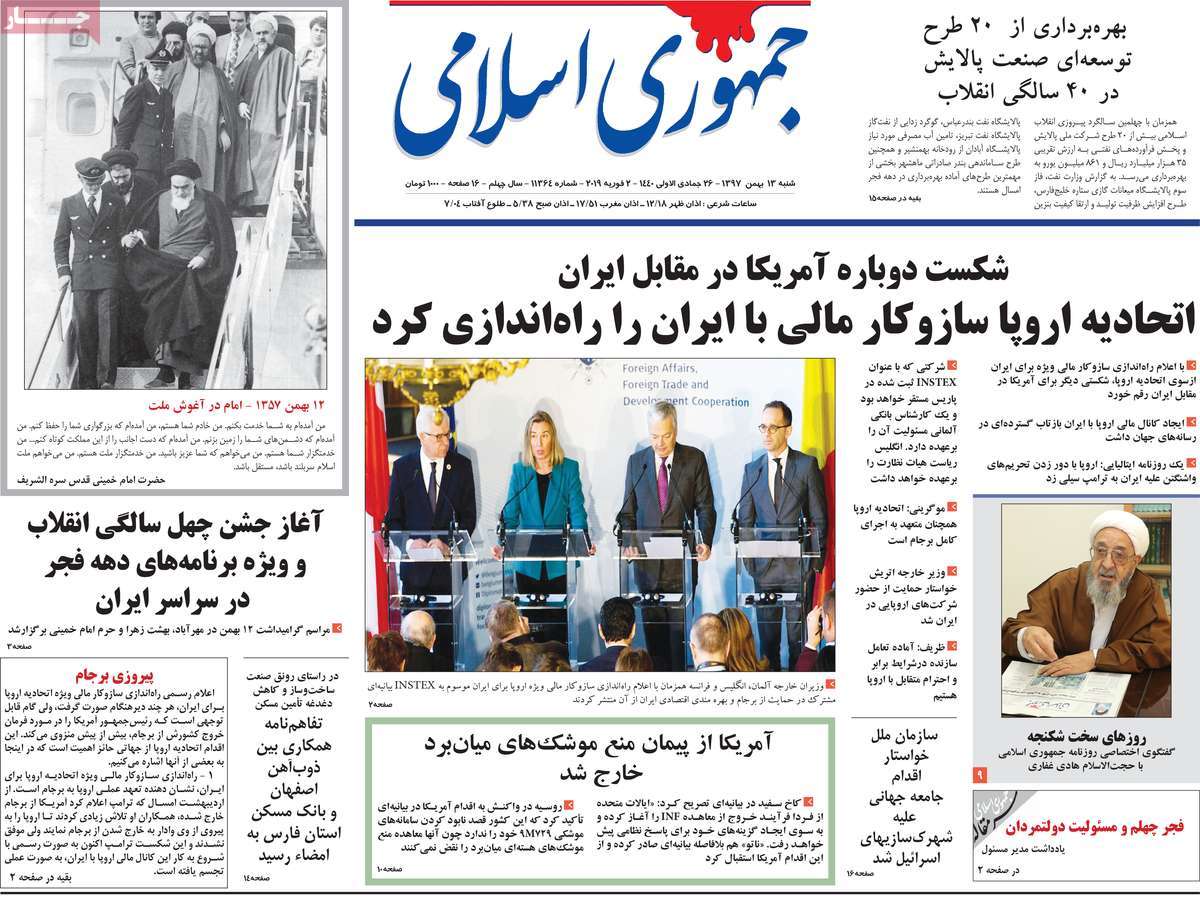 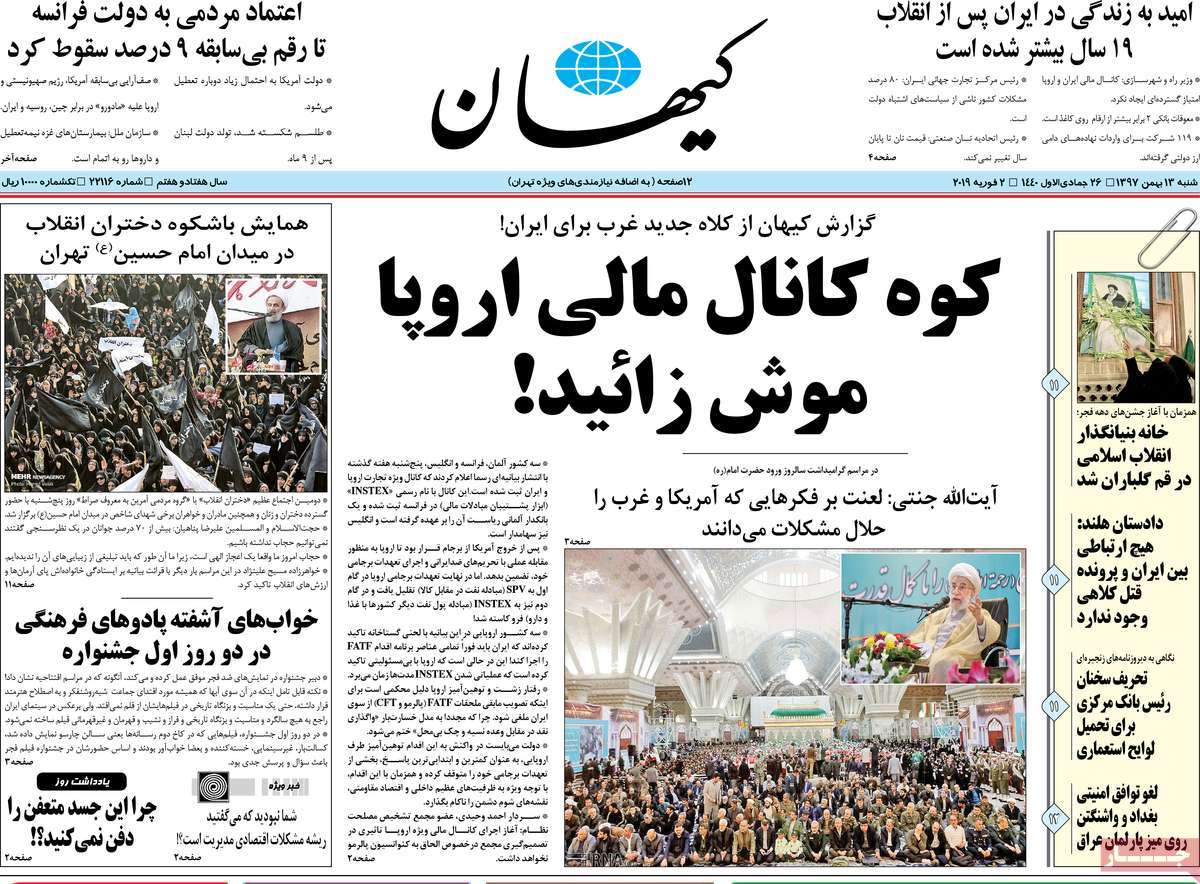 2- Will Transformation of SPV to INSTEX Change Nature of European Package? 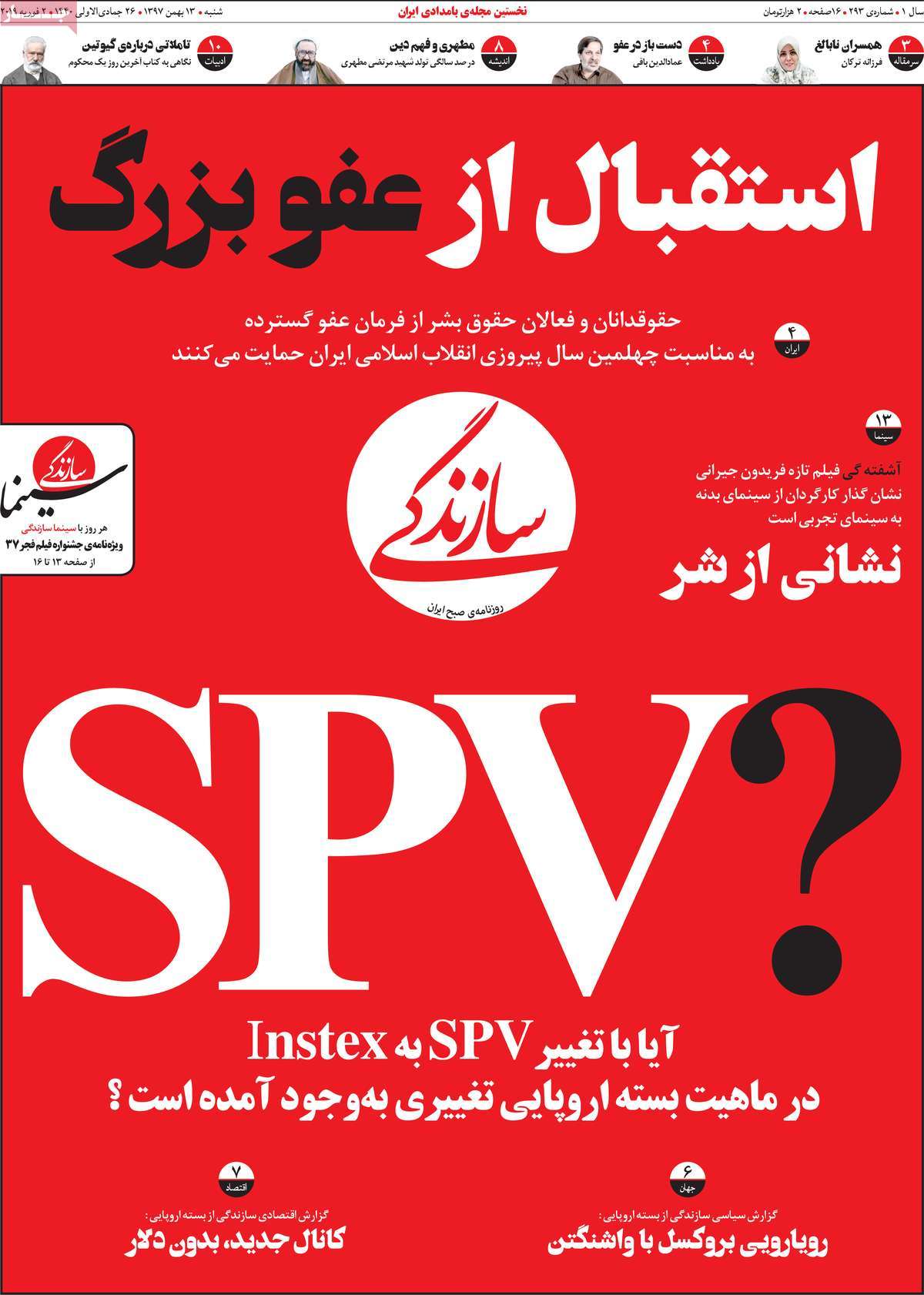 2- Hell of Snow and Cold in US 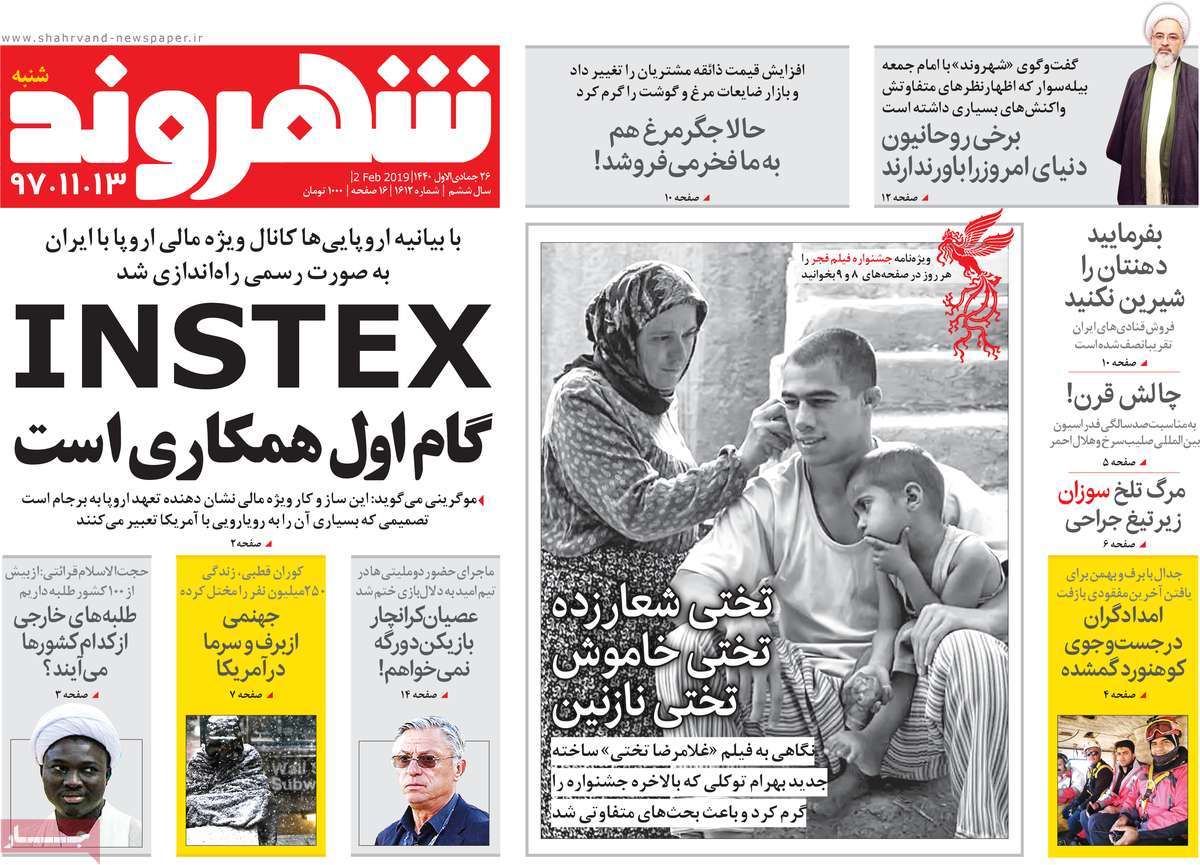 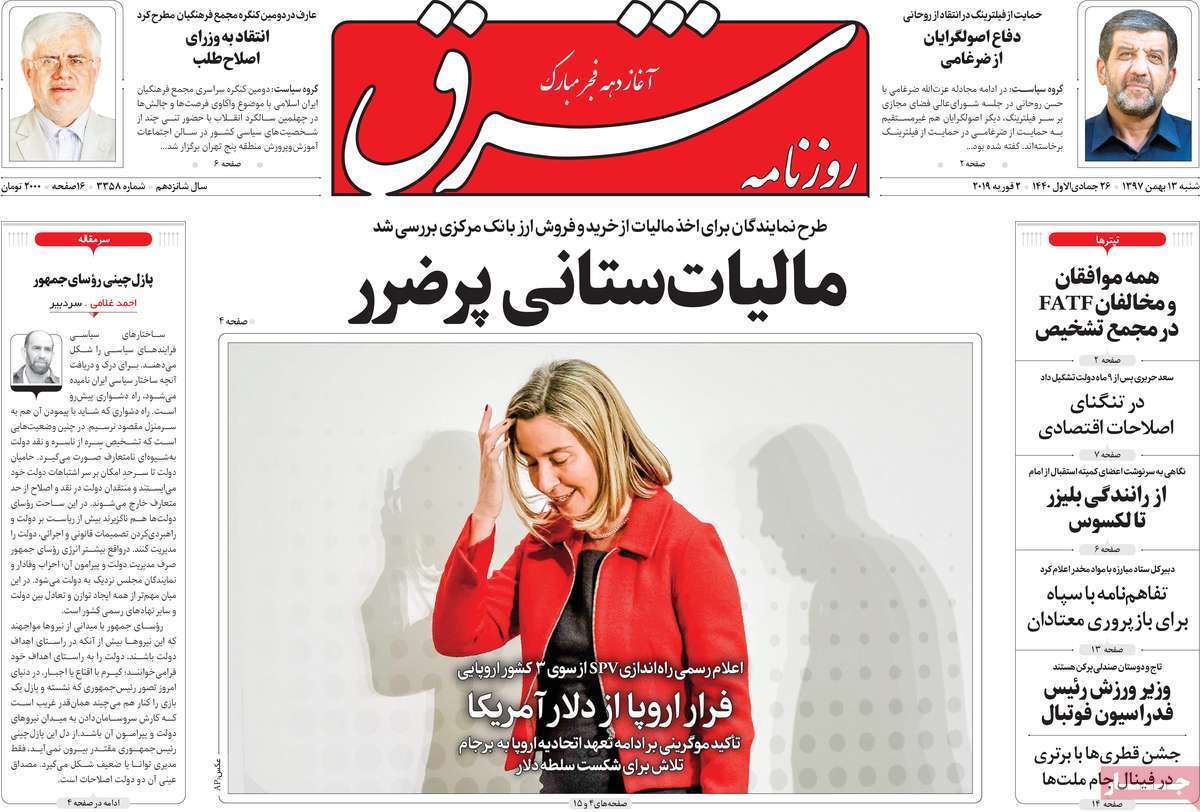