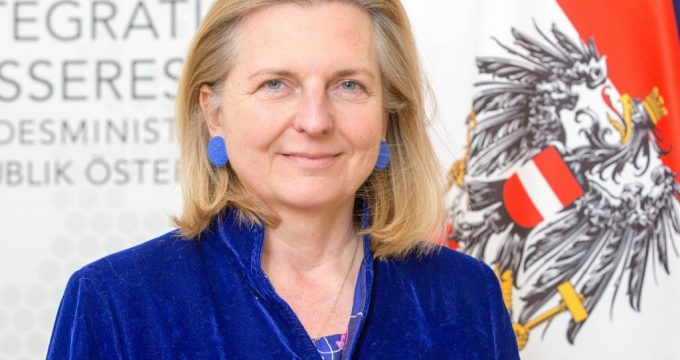 IRNA – Austrian Foreign Minister Karin Kneissl assured on Saturday that London, Paris and Berlin will continue cooperation with Tehran as Europe’s channel for trade with Iran has become operational.

On January 31, that Germany, France and the UK set up a payment channel with Iran called INSTEX, to help continue trade with Tehran and circumvent the US sanctions. The Paris-based transactions channel, named INSTEX – Instrument In Support Of Trade Exchanges, is run by a German national, and the three countries are shareholders in it.

Despite London’s political dispute with Berlin and Paris, the UK is on the side of the INSTEX, Austrian foreign minister said, adding that Britain is geopolitically located in Europe, and the fact cannot be changed.

Since the 19th century, Britain, France and Germany have been three leading powers in the European issues, she added.

Ms. Kneissl has already expressed support for presence of the European small and medium-sized enterprises in Iran.

‘France, Germany and the United Kingdom, in accordance with their resolute commitment and continued efforts to preserve the Joint Comprehensive Plan of Action (JCPOA) endorsed by United Nations Security Council resolution 2231, announce the creation of INSTEX SAS (Instrument for Supporting Trade Exchanges), a Special Purpose Vehicle (SPV) aimed at facilitating legitimate trade between European economic operators and Iran,’ the three countries said in their joint statement.