Queiroz leaves Tehran with ‘tears in his heart’

He stepped down as Team Melli coach after the 3-0 defeat against Japan in the semifinal of AFC Asian Cup on Monday.

According to reports, Iran’s Football Federation has not offered any proposal for extending Queiroz contract and the 65-year-old coach’s posts in social media indicate that his job has finished in Iran.

While leaving for the plane in Tehran’s Imam Khomeini International Airport, he appreciated all the fans who had come to escort him.

“We leave with tears in our hearts. The ones in eyes everybody can see but [for] tears from the hearts, the ones who have the same feelings can see and feel it,” said Queiroz. 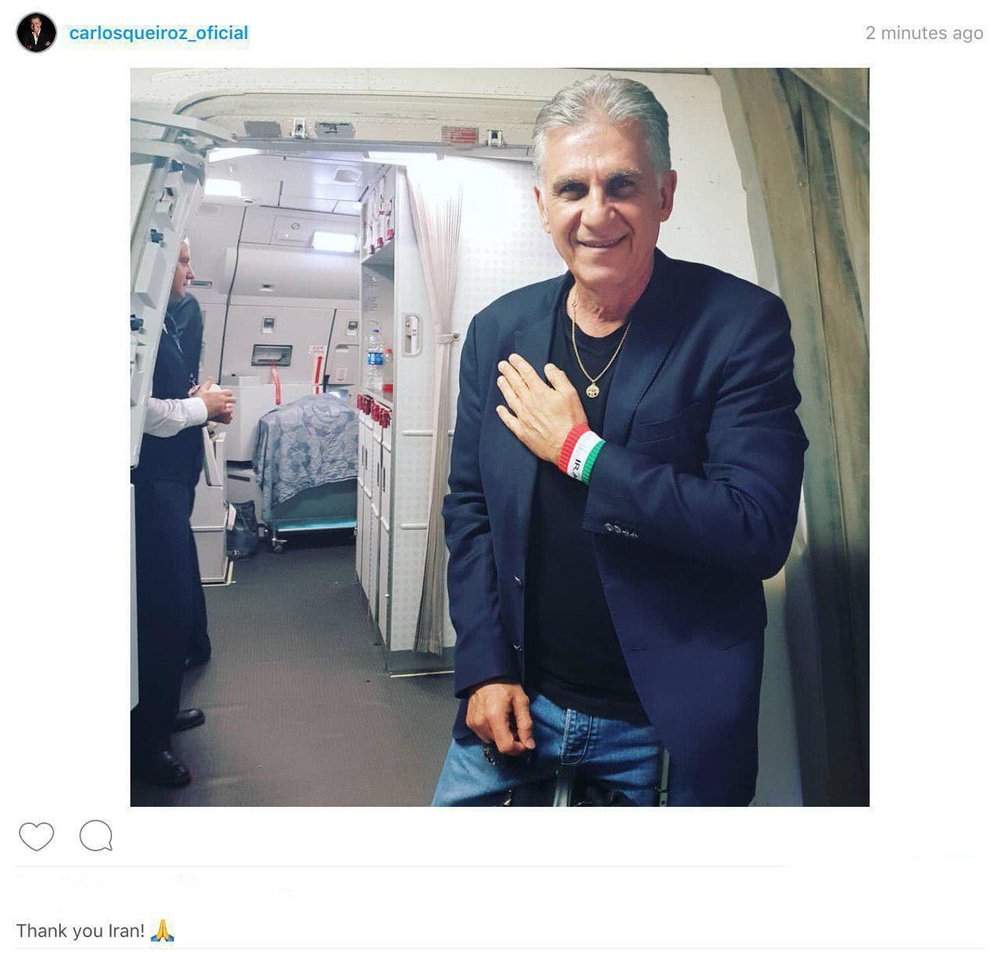 Under the tutelage of Queiroz, which extended over 8 years, Iran won 60 matches, suffered 13 losses and registered 27 draws.