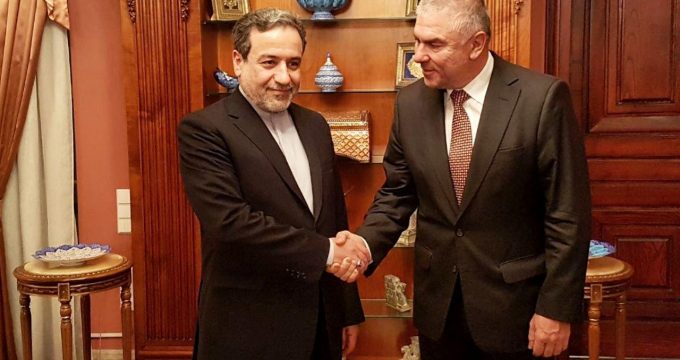 Sofia is the third leg of Araqchi’s visit to three European countries in line with Iran’s political consultations with the states.

First, he travelled to Austria on January 28 and met with top Austrian officials and Yukiya Amano, Director General of the International Atomic Energy Agency (IAEA) which has headquarters in Vienna.

Then, Araqchi left for Bratislava where he negotiated with the Slovakian officials on the special purpose vehicle (SPV) for trade with Iran.