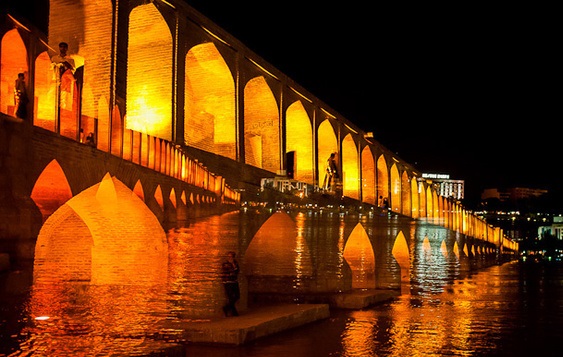 Euphoria in Isfahan as water flows into Zayanderud

Tehran Times – While water is released into Zayanderud river, central province of Isfahan, the citizens are exhilarated by seeing the river alive again.

Water has filled the area once again bringing back the glory to the area, and people have gathered around it to take pictures as the river will be alive only for 20 days.

According to Tasnim news agency the water was released from Zayanderud dam on Monday for agricultural purposes.

Zayanderud river starts in the Zard-Kuh subrange of the Zagros Mountains and flows 400 kilometers eastward before ending in the Gavkhouni swamp in southeast of Isfahan city.

Once wide and mighty, Zayanderud river has been coping with drought in recent years. The river drought has resulted in wide range of problems for people, particularly farmers, of the related regions.