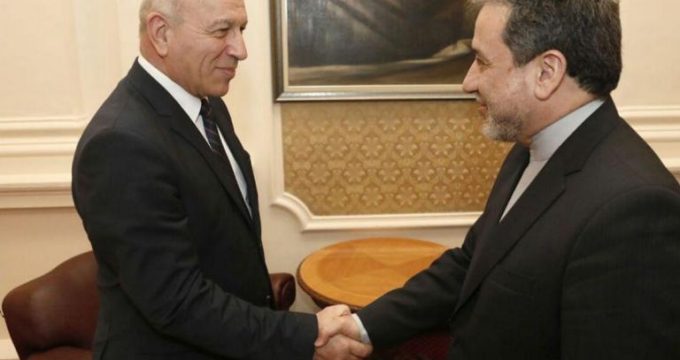 IRNA – Iran’s deputy foreign minister for political affairs stressed the need for continuation of parliamentary consultations between Iran and Bulgaria to boost political and economic cooperation.

Abbas Araqchi who is currently in Sofia on the third leg of his European tour met with Vice President of the National Assembly of Bulgaria Emil Hristov and members of the two countries’ parliamentary friendship group.

Deputy foreign minister arrived in Vienna on Monday to take part in the fourth round of political negotiations between Iran and Austria.

Reiterating Bulgarian parliament’s full backing to JCPOA and continuation of parliamentary relations between the two countries, he said that that bilateral economic capacities should be used optimally in line of boosting bilateral relations.

During the meeting, a number of Bulgarian MPs recalled common culture and civilization of the two countries and voiced their readiness for enhancing ties in all fields.

They also described Iran as the anchorage of the region’s security and stability.