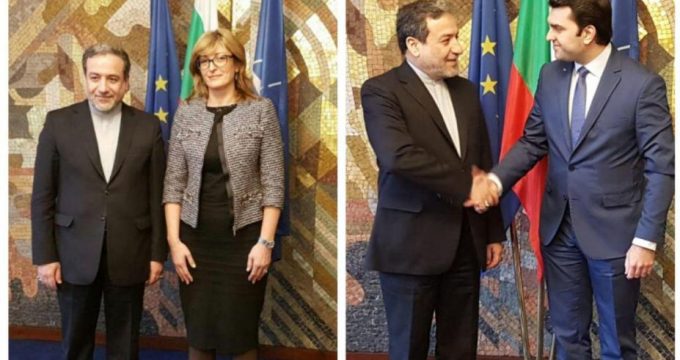 IRNA – Bulgarian foreign minister expressed his support for the European Union’s special mechanism for transactions with Iran, known as (SPV).

She made the remarks in a meeting with Iranian Deputy Foreign Minister Abbas Araqchi.

The Bulgarian official also expressed support for the Iranian nuclear deal, known also as the Joint Comprehensive Plan of Action (JCPOA) and said that the JCPOA can provide regional security and stability.

In the meantime, the Iranian deputy foreign minister, for his part, expressed Iran’s interest in development of ties with Bulgaria.

Following the departure of the United States from the JCPOA, the European Union is completing a special financial mechanism that facilitates the exchange of Iranian finance exchange with European and global companies without hurting by US sanctions.

A spokeswoman for the European Union told IRNA earlier that the launch of this mechanism is in an advanced stage and “we hope to announce the very soon’.

Meanwhile, French Foreign Minister Jean-Yves Le Drian said Wednesday that he hoped the EU’s Special Purpose Vehicle to facilitate trade with Iran would be operational in the coming days.

Reportedly, this mechanism is due to be registered in France and its head is a German. Britain will also be its shareholders.