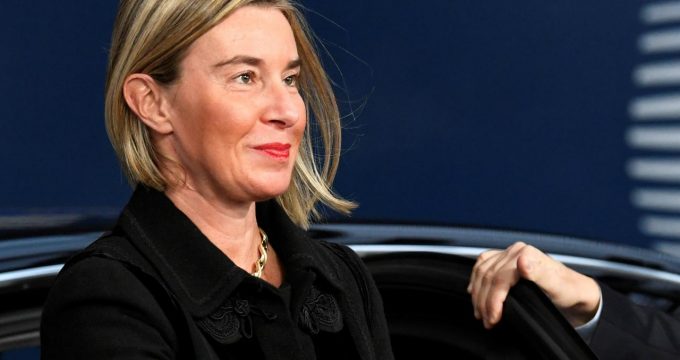 IRNA – EU foreign policy chief Federica Mogherini has welcomed the Instrument In Support Of Trade Exchanges, or INSTEX, that is set up by France, Germany and Britain to facilitate Iran global trade.

Speaking prior to the session of the EU foreign ministers in Bucharest, Romania, on Thursday, Mogherini said Germany, France and Britain will in the next few hours announce official inauguration of the INSTEX and that she will in a statement announce strong support for the mechanism.

She said the idea of setting up the INSTEX was raised on the sidelines of the UN session in September to fully implement the 2015 Iran nuclear deal, also known as the Joint Comprehensive Plan of Action (JCPOA).

She noted that the EU fully supports the JCPOA implementation.

Mogherini said the International Atomic Energy Agency (IAEA) has in 13 reports confirmed that Iran has been adhering to all its JCPOA commitments and that’s a key document for security in the region.

She believed that the Iran-Europe financial mechanisms will ensure continuation of the legal trade with Iran as is envisioned in the JCPOA.

Federica Mogherini, INSTEX, US sanctions against Iran January 31, 2019
Washington’s anti-Iran policy is in tatters
Queiroz leaves Tehran with ‘tears in his heart’