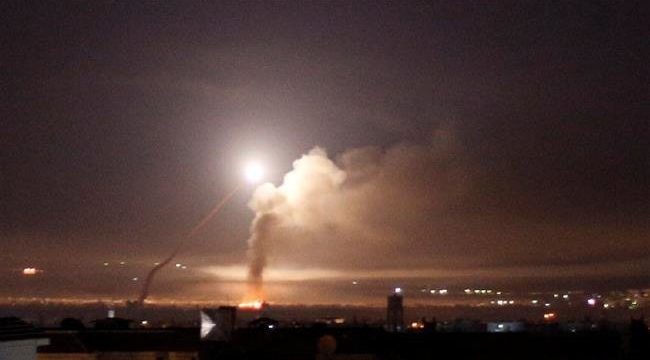 US warns Israel against keeping up strikes on Syria

Press TV – The top US intelligence official has warned Israel of the consequences of keeping up its military strikes on Syrian soil, saying the attacks could eventually trigger a response from Iran, which has its military advisors based in the Arab state.

Speaking at a hearing of the US Senate Select Committee on Intelligence in Washington on Tuesday, Director of National Intelligence Dan Coats said that Israel’s continued aerial assaults against Syria would increase the risk of Iran’s retaliation.

“We assess that Iran seeks to avoid a major armed conflict with Israel,” Coats said. “However, Israeli strikes that result in Iranian casualties increase the likelihood of Iranian conventional retaliation against Israel.”

Coats also raised concerns about “the long-term trajectory of Iranian influence in the region and the risk that conflict will escalate.”

He further claimed that Iran pursues “permanent military bases” in Syria and probably wants to maintain a network of “fighters” there despite the Israeli aerial assaults.

The American official was presenting the views of the US Intelligence Community to the congressional committee as part of the annual Worldwide Threat Assessment.

Tehran has been offering military advisory assistance to the Syrian army at the request of the Damascus government. Iran says it is not operating any military bases there.

The Israeli military has on multiple occasions launched air raids against targets inside Syria, some of which it claims belonged to Iranian forces.

Israel – which has been backing the terror groups operating against Damascus — views Iranian advisors in Syria as a threat and has openly pledged to target them until they leave the Arab country.

Major General Ali Jafari vowed that the Islamic Republic will protect its military advisory mission against the regime’s acts of aggression.

In April 2018, an Israeli airstrike against the T-4 airbase in Syria’s Homs Province killed more than a dozen people, reportedly including seven Iranian military advisors.

In May of the same year, Israel conducted its most intensive airstrikes on Syria in decades. According to Russia’s Defense Ministry, Israel had used 28 warplanes in its Syria strikes and fired 70 missiles. Both Damascus and Moscow said that the Syrian army had managed to shoot down over half of the missiles.

The Tel Aviv regime, at the time, claimed that its assault was in response to a barrage of 20 rockets that had been fired from Syria at Israeli military outposts in the occupied Golan Heights, and it blamed the rocket attack on Iran.