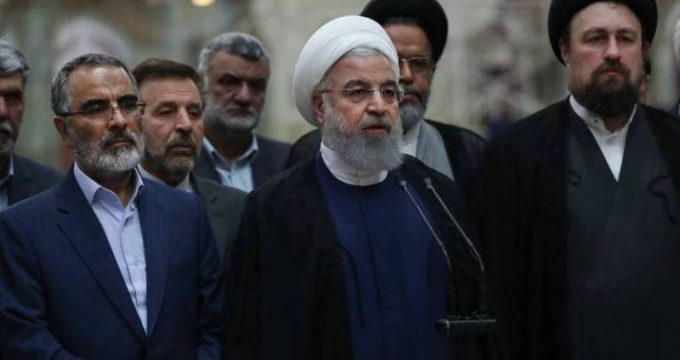 IRNA – On the occasion of the 40th anniversary of the Islamic Revolution, Iranian President Hassan Rouhani together with his cabinet members renewed allegiance with the late Imam Khomeini, the Founder of the Islamic Republic in Iran.

Rouhani attended the mausoleum of Founder of the Islamic Republic of Iran on Wednesday where he paid tribute to late Imam.

President Rouhani and the cabinet members then visited the tombs of the former Iranian President Mohammad Ali Rajaei and his Prime Minister Mohammad Javad Bahonar, who were killed in a bombing accident at the then Prime Minister Office on August 30, 1981.

The terrorist group of Mojahedin Khalq Organization (MKO) was blamed for the bombing.