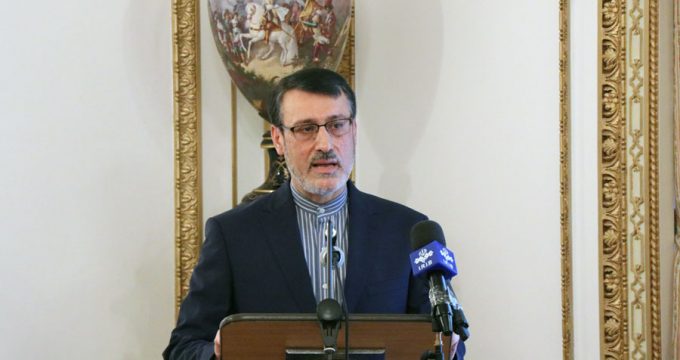 MNA – The Iranian ambassador to the UK has slammed the London-based BBC Persian for airing a program legitimizing anti-Iran US sanctions.

“The project that the BBC Persian has begun under the pretext of financial corruption of a Monaco-based firm, although can be sued in the court, is aimed at something else,” Hamid Baeidinejad, the Iranian Ambassador to the United Kingdom has written in Farsi on his Twitter account.

“The US intelligence agencies, which claimed for years that they have thousands of documents about the activities of several companies registered in Europe and some individuals, have now provided the BBC Persian with a lot of documents in Farsi to publicly disclose foreign and Iranian individuals and companies involved in circumventing the sanctions,” Baeidinejad added in another tweet.

“The main purpose of the project in this sensitive time is to scare foreign companies not to trade with Iran and add names of individuals and companies to the US Treasury Department’s list of sanctions,” the Iranian diplomat went on to note.

Baeidinejad further advised the BBC Persian “not to partner with Trump’s team in a historic treason against the Iranian nation.” He also called on the BBC Persian “ to immediately change the content of that program.”

The BBC Persian has been airing a program on Unaoil, a Monaco-based oil-services company, which was accused of bribery in its contracts in more than 20 countries including Iran three years ago. The owners of the firm are of an Iranian decent. Back in 2016, it denied allegations posed by Fairfax Media and the Huffington Post, saying it was the victim of extortion.