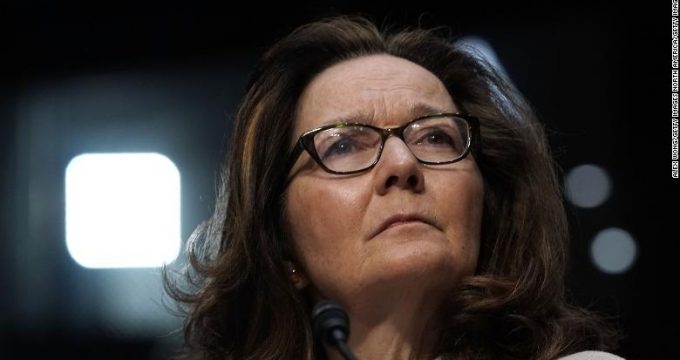 Press TV – Iran is preparing to “increase” its capabilities to deal with repercussions of the unilateral US withdrawal from the 2015 landmark nuclear agreement, a CIA chief says, also attesting to Tehran’s compliance with the international accord.

Testifying before the US Senate Intelligence Committee on Tuesday, CIA Director Gina Haspel said Iran was “making some preparations that would increase their ability to take a step back” from the landmark deal.

“At the moment, technically they are in compliance, but we do see them debating among themselves because they haven’t seen the economic benefits they hoped for from the deal,” she added.

During the hearing, Haspel was joined by US Director of National Intelligence Daniel Coats, who acknowledged that the US intelligence community believed Tehran was not seeking to develop its nuclear weapons capabilities.

“We do not believe Iran is currently undertaking the key activities we judge necessary to produce a nuclear device,” Coats said, adding that Iranian officials have “publicly threatened to push the boundaries” of the 2015 nuclear deal.

“Iranian officials have publicly threatened to reverse some of Iran’s Joint Comprehensive Plan of Action commitments — and resume nuclear activities that the JCPOA limits — if Iran does not gain the tangible trade and investment benefits it expected from the deal,” the US intelligence chief said.

President Donald Trump withdrew the US in May 2018 from the landmark Iran nuclear deal, officially known as the Joint Comprehensive Plan of Action (JCPOA), and decided to re-impose unilateral sanctions against Tehran.

Trump, a vociferous critic of the Iran nuclear deal signed in 2015, had earlier called the JCPOA the “worst deal ever” and threatened to tear it up.

Under the deal, reached between Iran and six major powers — the United States, Britain, France, Germany, Russia and China — Tehran agreed to put limits on its nuclear program in exchange for the removal of nuclear-related sanctions.

Last November, the Trump administration announced the re-imposition of the “toughest” sanctions ever against Iran’s banking and energy sectors with the aim of cutting off the country’s oil sales and crucial exports.

A first round of American sanctions targeted Iran’s access to the US dollar, metals trading, coal, industrial software, and auto sector.

The US administration hoped to get the other parties to scrap the deal likewise, but instead, they stressed that not only would they stick to the agreement, but they would also work to sustain it in the face of increased US pressure. Europeans have on numerous occasions deemed the nuclear deal an important element of international security.

The International Atomic Energy Agency (IAEA) has, so far, endorsed Iran’s commitment to the JCPOA on 13 occasions.

Iran has said it will remain committed to the deal for the time being, pending negotiations with other signatories to the JCPOA to see if Iran’s interests would still be protected under an accord without the US.

Tehran has many options in dealing with the US withdrawal from the international accord and would consider them based on its national interests, according to Iranian Foreign Minister Mohammad Javad Zarif.