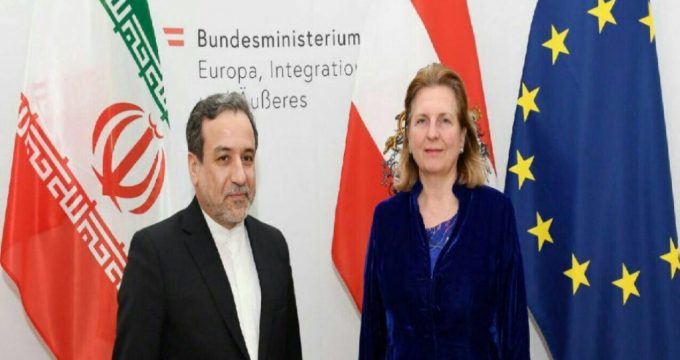 IRNA – Iranian Deputy Foreign Minister referred to the recent developments in the Middles East saying the destructive policies taken by the Israeli regime is the main cause of instability in the region.

He also stressed the importance of implementing the Special Purpose Vehicle (SPV) and paving the way for Iran to take advantage of the economic benefits.

Special Purpose Vehicle, is a financial mechanism that the European Union has proposed to facilitate trade with Iran.

It is regarded as a mechanism for EU members to keep doing business with Iran despite the US sanctions on Tehran.

Meanwhile, Kneissl pointed to the importance of relations between Tehran and Vienna, underlining the continuation of political consultations aiming to establish peace and stability in the region.

In the meeting both sides discussed the latest conditions of the SPV, European countries’ efforts to maintain JCPOA and the regional developments in Syria, Palestine, Lebanon and Yemen.

It is worth noting that the IAEA has confirmed Iran’s commitment to the JCOPA in 13 consecutive reports, based on a robust verification system, proving that Iran is implementing its nuclear obligations according to the deal.