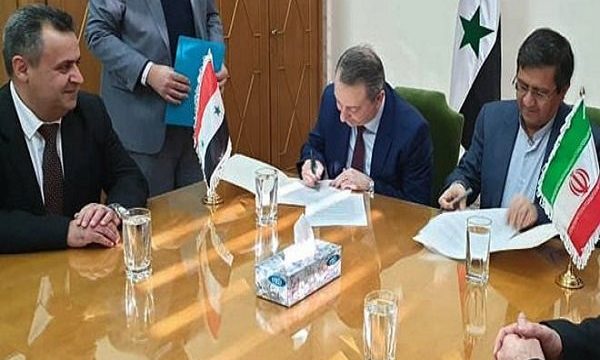 According to Syrian SANA news agency, the agreement was signed by governors of Syria’s and Iran’s Central Banks in Damascus on Tuesday.

The agreement is aimed at serving stabilization of the banking sector and enhancing it and facilitating trade exchange and encouraging investment as well as boosting economic relations in light of the current circumstances.

According to Syrian news agency, SANA, during the first day of the visit on Monday, Syria and Iran signed 11 agreements, memos of understanding and executive programs to enhance cooperation between them in the economic, cultural, scientific, infrastructure, service, investment and housing fields. The agreements were inked at the end of meetings of the 14th session of the Syrian-Iranian Higher Committee. In addition, the Businessmen and representatives of companies from Iran and Syria participated in Iranian-Syrian Business Forum which was held in Damascus on Tuesday in the presence of First Vice-President of Iran Es’hagh Jahangiri and Prime Minister of Syria Imad Khamis.