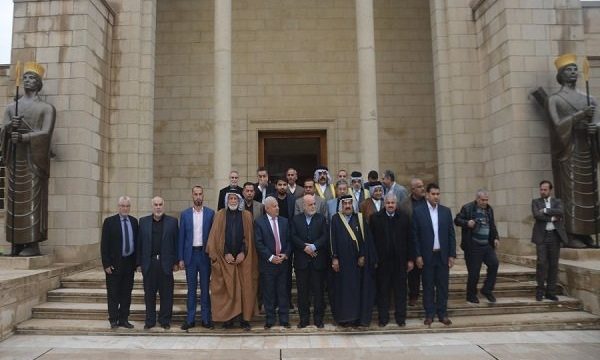 MNA – The Iranian Ambassador to Baghdad Iraj Masjedi has met with Iraqi scholars, journalists and tribal leaders, during which he warned that some countries and political groups are seeking to undermine Iran-Iraq relations.

In the meeting that took place on Monday in Baghdad, Iraj Masjedi said “some [countries and groups] want to create disputes between the two nations of Iran and Iraq, but our nations are vigilant and are not going to be influenced.”

“They do not want friendship and good relations between us, they like neither Iran, nor Iraq, and therefore, they make any attempts to create divisions between us,” Masjedi added.

“Enemies, under different pretexts, want to put Islamic nations against each other,” the ambassador said, adding “but we must preserve unity and confront them with the strengthening of cooperation and relations.”

The Iranian diplomat added “Iran-Iraqi relations are historical, cultural and very deep-rooted, and they cannot divide the two nations with such moves.”

He added that through creating differences between Shia and Sunnis, or between Iran and the Arab states, the enemies are seeking to create conflicts between the brothers of a family in order to secure their own interests.