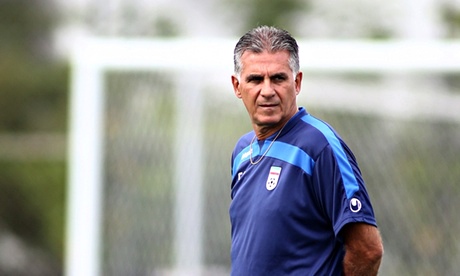 Tasnim – Carlos Queiroz said he has ended his time as head coach of Iran national football team, following a 3-0 defeat against Japan in the AFC Asian Cup UAE 2019 semi-finals.

“I wish the Iranian people the best,” said Queiroz in his post-match press conference. “After eight years, I have done my work, and this is the end. Good luck to the true Iranian fans.”

“A huge, huge thank you to my players for everything,” Queiroz added. “Taking into account the difficulties, the limitations they work under, they are going to be in my heart for the rest of my life.”

“I am so proud of this adventure, this journey. The Iranian players have been fantastic, brilliant. They deserve to be in the final … for everything they do.

“I wish for them the best that they deserve. In these last eight years, they built credibility, they got a lot of attention because they are reliable. They earned respect from all over the world,” he said.