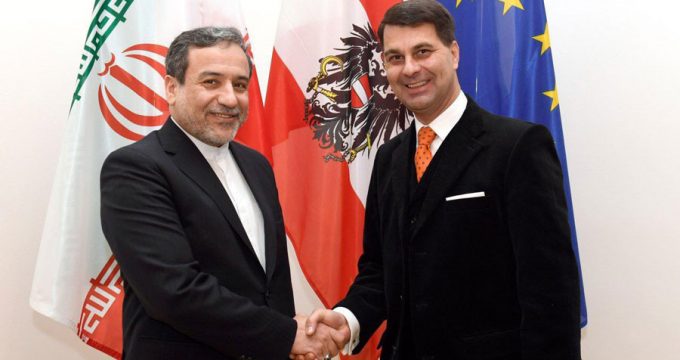 IRNA – Austrian Secretary General for Foreign Affairs Johannes Peterlik hailed Iran’s policy to stay in the JCPOA, hoping that it would benefit from the EU’s Special Purpose Vehicle (SPV).

In a meeting with Deputy Foreign Minister Abbas Araqchi in Vienna on Monday, he referred to Iran’s significance in the Austrian foreign policy as well as its status in West Asia and underlined his country’s political resolve to continue consultations and cooperation with Iran in various fields.

“Austria has always supported JCPOA and considers it together with the EU as an international pact based on multilateralism,” he said.

Araqchi, for his part, thanked Austria for its positive and constructive stance for promoting collaboration with Iran and backing JCPOA and stressed the need for further practical support of the EU states to JCPOA.

He also commented on Iran’s stance vis-à-vis Syria, Yemen and Afghanistan, saying that Iran’s regional policy has always been based on cooperation in line with establishing stability and security, as Tehran will continue playing its constructive role in the regional developments.

Araqchi arrived in Vienna on Monday to take part in the fourth round of political negotiations between Iran and Austria.