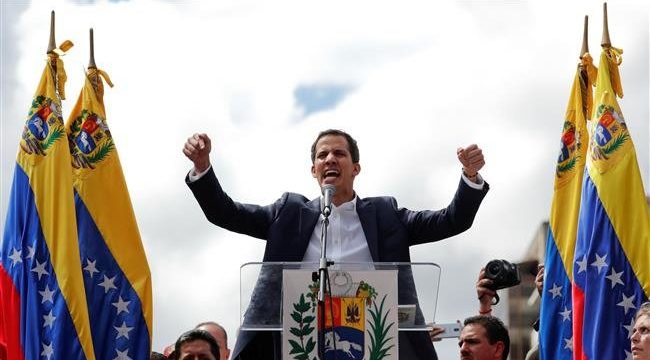 Venezuelan opposition in secret talks with military to force Maduro out: Guaido

Tasnim – The Venezuelan opposition is currently pursuing secret negotiations with the country’s government officials and military in a bid to force President Nicolas Maduro out, Juan Guaido, the self-proclaimed Venezuelan interim president, told US Washington Post newspaper on Monday.

“We have been in talks with government officials, civilian and military men… This is a very delicate subject involving personal security. We are meeting with them, but discreetly,” Guaido said.

Guaido called on his supporters on Monday to take part in new rallies scheduled for Wednesday and Saturday.

“On Wednesday, a mass public demonstration will be held, and I call on the people of Venezuela to take to the streets,” Guaido said in a video address that he posted on Twitter.

The opposition leader added that another rally would be held on Saturday.

He also said that the protests aimed to promote respect for human rights in the country, to put an end to usurpation of power, and also to ensure possibility to receive humanitarian assistance, Sputnik reported.

Last Wednesday, Guaido, the head of the opposition-led National Assembly, declared himself the country’s interim president amid a political crisis in Venezuela.

Venezuelan President Nicolas Maduro accused Washington, which immediately recognized Guaido as interim president, for staging a coup in the country and announced that he would sever diplomatic ties with the United States.

Russia said that it recognized only Maduro as the legitimately elected president of Venezuela and also voiced readiness to mediate dialogue between the government and the opposition.