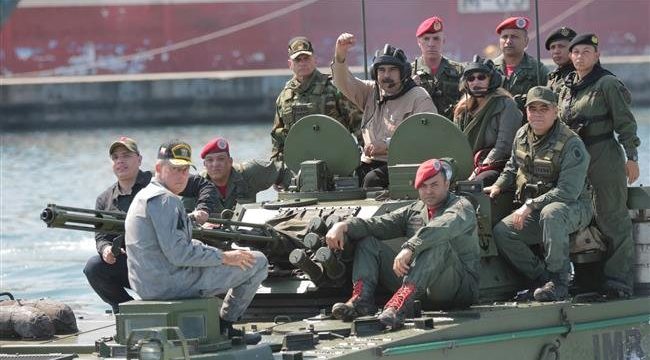 Press TV – Over a week ahead of Venezuela’s “largest” drills ever, President Nicolas Maduro inspects members of the armed forces and oversees military parades and exercises at a number of bases in the country in a show of strength to his Western-backed opponents, who have been challenging his leadership.

Videos posted on Maduro’s Twitter page showed the Venezuelan leader, surrounded by military officials, inspecting troops at the Fort of Paramacay in Naguanagua and the Naval Base Agustin Armario in the city of Puerto Cabello over the weekend.

At the Fort of Paramacay base, Maduro watched a platoon of soldiers release volleys of rocket-propelled grenades, machine-gun anti-aircraft fire and tank rounds at hillside targets. 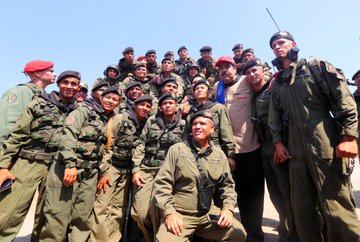 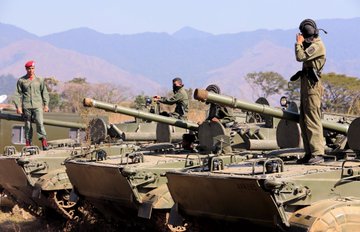 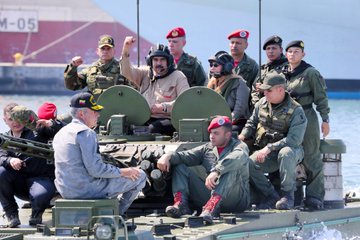 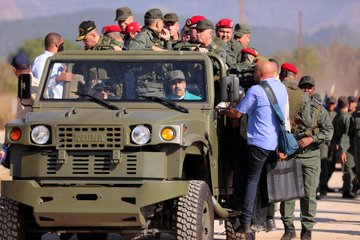 Besides supporting Guaido, Washington also spoke of what it called a “humanitarian” intervention in Venezuela, prompting the Maduro government to order the armed forces to get ready for defending the nation “in any scenario.” He announced massive exercises between February 10 and 15.

During a speech broadcast on state television during his visits, Maduro said “We are preparing for the most important military exercises in our history.”

He said that soldiers will repel a simulated invasion and enhance their skills in defending the territories, coast and waterways of the Latin American state in the course of the forthcoming war games.

“Our armed forces make our country unassailable,” said the president, adding that the military is quite capable of standing against any aggressor that sets foot on the country’s soil.

The army has remained loyal to the elected government of Maduro amid the political conflict.

During the speech, Maduro once again lambasted the US for openly leading a coup against his administration by recognizing Guaido, the head of the opposition-led National Assembly, as “president.”

He asked the soldiers whether they were plotting with the “imperialist” US against the Caracas government.

“No, my commander-in-chief,” they shouted in unison in response.

Maduro then said, “We’re ready to defend our homeland — under any circumstance.”

Meanwhile, the self-proclaimed president — who has already admitted that his attempt to seize power still lacks crucial backing from the military – has stepped up his push to force the military to turn against the Maduro administration.

He claimed that talks were proceeding “behind the scenes” with the military to force out Maduro.

“We have been in talks with government officials, civilian and military men,” Guaido told The Washington Post on Sunday. “This is a very delicate subject involving personal security. We are meeting with them, but discreetly.”

“We are waiting for you, the soldiers of Venezuela,” Guaido told a news conference on the same day.

His supporters also handed out leaflets to soldiers, calling on them to reject Maduro and join Guaido.

Venezuelan security forces offered amnesty if they defect to opposition

He also called on people to hold rallies on Wednesday and another on Saturday in his support.

In another interview, the 35-year-old opposition leader told The Guardian, that he was set on “getting the job done” to force Maduro from power.

He, however, played down concerns for a possible armed conflict and claimed that the nation was living through an “almost magical moment” in what he called a quest for democracy.

Washington’s Western allies, including Spain, Britain, France, the Netherlands and Germany, have said they would recognize Guaido as “interim president” unless Maduro calls elections within eight days.

In another development, Australia and the Israeli regime have joined the US camp in backing the coup bid in Venezuela.

The Australian Foreign Ministry has voiced support for the opposition leader, saying it recognizes Guaido as the “president” of Venezuela.

Israeli Prime Minister Benjamin Netanyahu has also taken side with the opposition, and “joined the United States today, as well as Canada, most South American countries and European nations.”

Netanyahu announced his support for Guaido after Trump called on those undecided to “pick a side.”

Israel has moved to recognize Juan Guaido’s claim to power in Venezuela, after Washington spearheaded the regime change effort, urging those undecided to “pick a side,” and its EU allies issued an…

Tel Aviv’s move was hailed by the US ambassador to Israel, David Friedman.

He thanked Israel for “standing with the people of Venezuela and recognizing the opposition as the legitimate leadership of the country.”