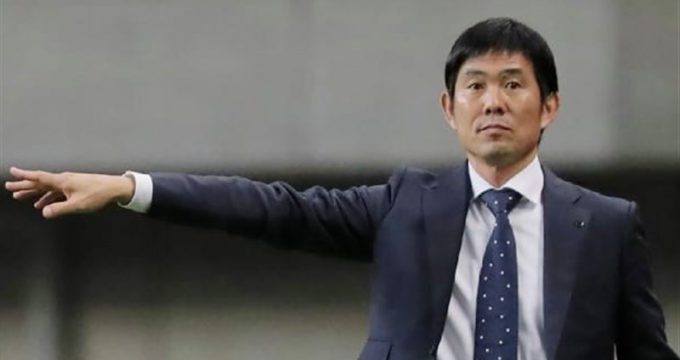 Tasnim – Hajime Moriyasu says Japan will play aggressively when the Samurai Blue take on Iran in the semi-finals of the AFC Asian Cup UAE 2019 at Al Ain’s Hazza bin Zayed Stadium on Monday.

“When we came to this tournament we already knew every game would be difficult and we prepared for that,” he said. “We’re not a perfect team and we’re not a mature team, so we’re developing in every game we play.”

“In each game the players are learning as well as getting the result and moving to the next step. Winning by small margins is important because winning is important no matter how we play. The players know that we are playing with persistence and they are trying each time to express our team concept. I want them to do the same thing, to play aggressively and hopefully get the result,” Moriyasu stated.

The Iranians go into the game rated the leading team in Asia according to the FIFA Rankings and Moriyasu knows his young side will have to be at the top of their game to progress further having already seen off Saudi Arabia and Vietnam in the knockout rounds.

“Iran is a top class team, both in Asia and in the FIFA rankings and that has been shown at the Asian Cup,” he said. “We respect every opponent, but it’s about how we express our own football and utmost quality and that will be the same. In order to win we will play aggressively and I want the players to do their utmost on the pitch.”

“Football is a game about scoring goals, but before that you have to win the ball and I want my players to show their strong spirit around the ball and to win the ball. After that, we want to play both offensively and defensively,” the Japan coach added.