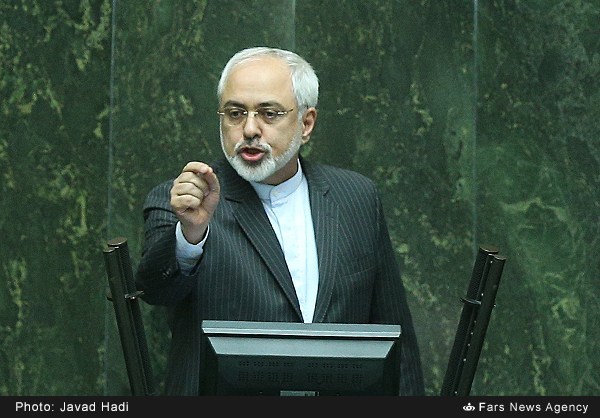 MNA – Iranian Foreign Minister Zarif said Mon. that the country had obtained enough guarantees from the US before signing the nuclear deal, but Trump administration decided to abandon it anyway like many other treaties.

Foreign Minister Mohammad Javad Zarif appeared before the Parliament today to answer an MP’s question about the Iran nuclear deal in the wake of US’ withdrawal from the agreement.

Zarif defended the efforts of the negotiating team that led to the signing of the nuclear deal known as the JCPOA with the 5+1 in 2015, saying the agreement was the best course of action considering the country’s national interests, and the US’ decision to withdraw from it has put Washington in a complicated situation. He added that the US is now making every effort to step out of its isolated position after its unilateral withdrawal from the JCPOA.

“We obtained enough guarantees, but the American regime left the agreement anyway, just as it has left thousands of other agreements,” he said.

The US government has no respect for international principles, said Zarif, rejecting any notion that the foreign ministry had entered negotiations with the US on the basis of trust.

Zarif further stressed that the US lack of commitment should not be blamed on the efforts of the Iranian team of nuclear negotiations.

At the end, the MP asking the question said he was not convinced by Zarif’s answer, and the answer was put to vote, which obtained the majority of votes saying Zarif’s answer was convincing.