A Look at Iranian Newspaper Front Pages on January 28

Iran Front Page – IFP has taken a look at the front pages of Iranian newspapers on Sunday, January 28, 2019, and picked headlines from 14 of them. IFP has simply translated the headlines and does not vouch for their accuracy.

The remarks by Leader of Islamic Revolution Ayatollah Seyyed Ali Khamenei, in which he called for increased efforts to promote Islam using the cyberspace, was a hot topic for Iranian media.

The political developments in Venezuela, where US is accused of backing attempts to bring down the government by Russia and other countries, caught considerable attention in Iranian media. 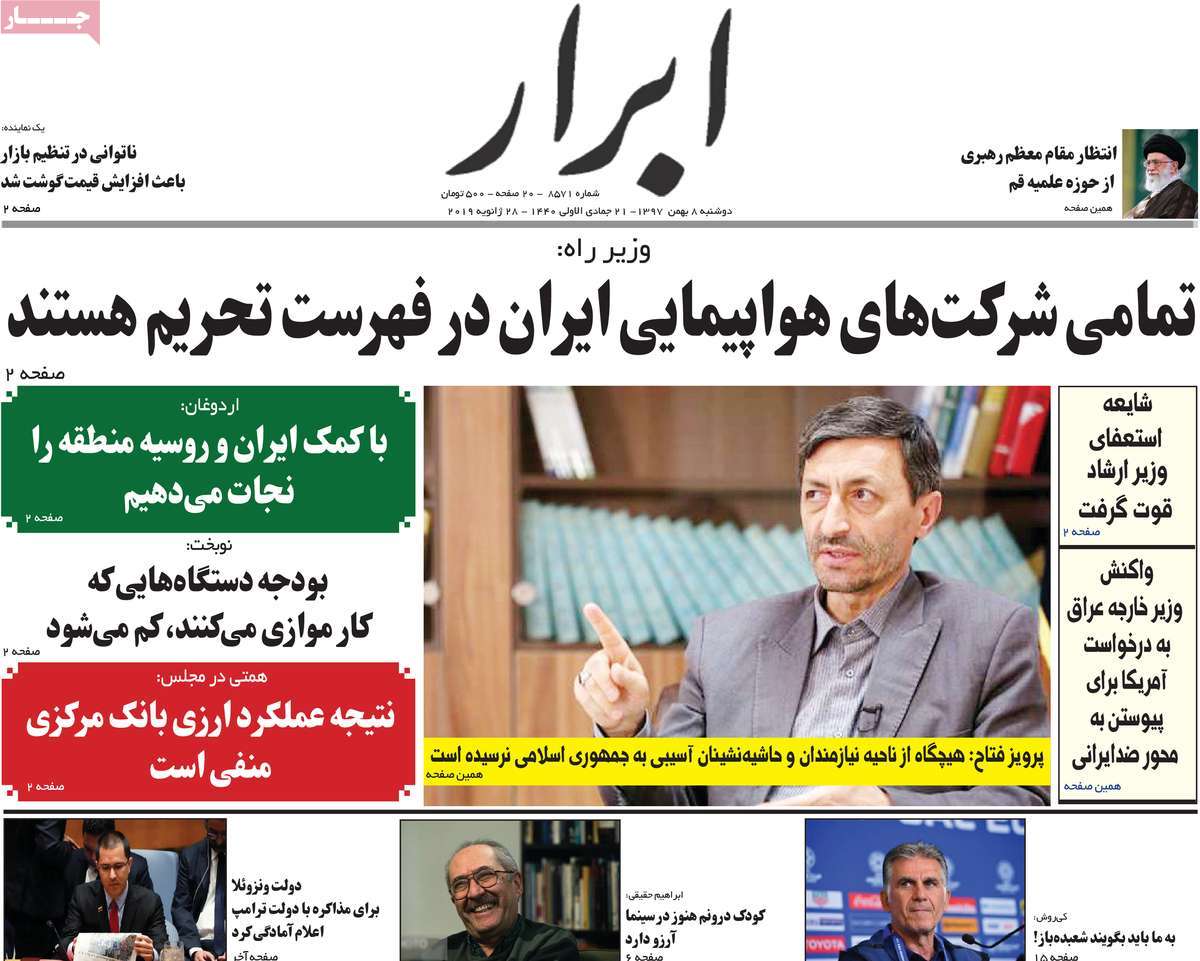 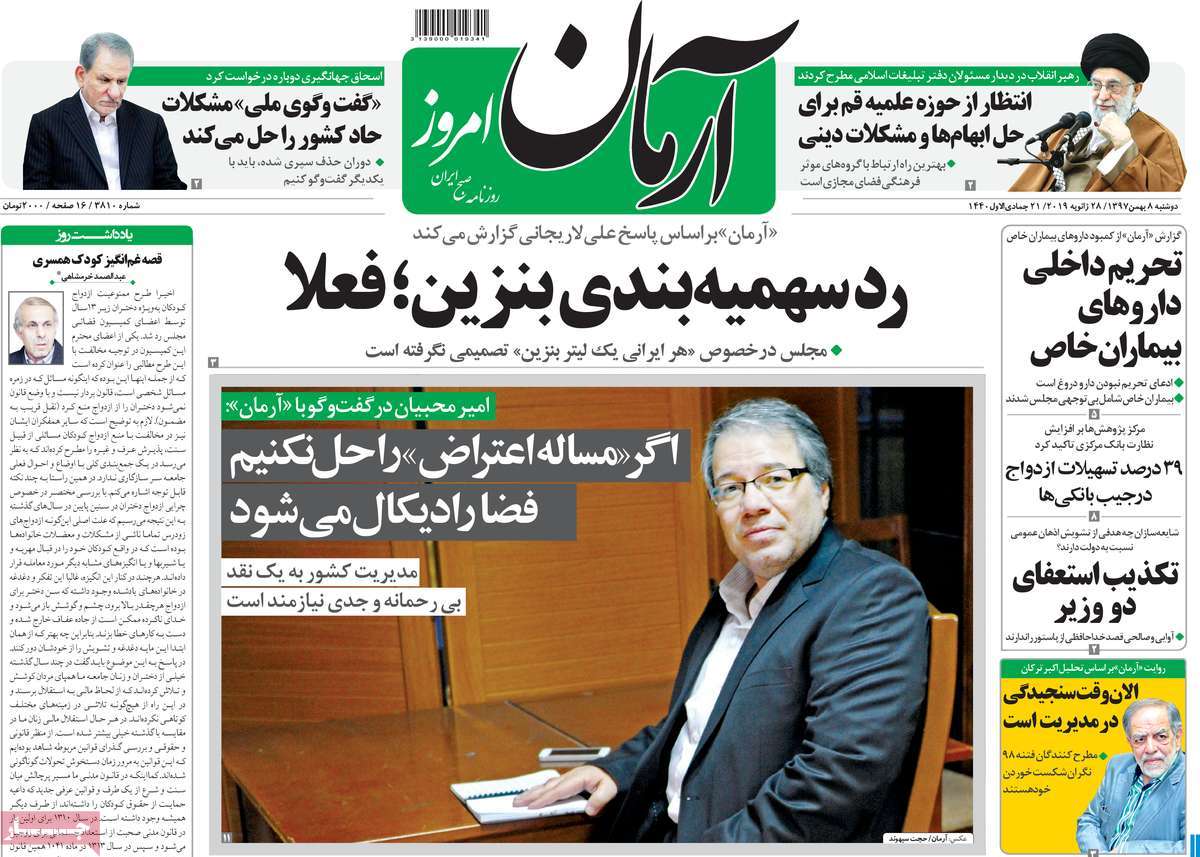 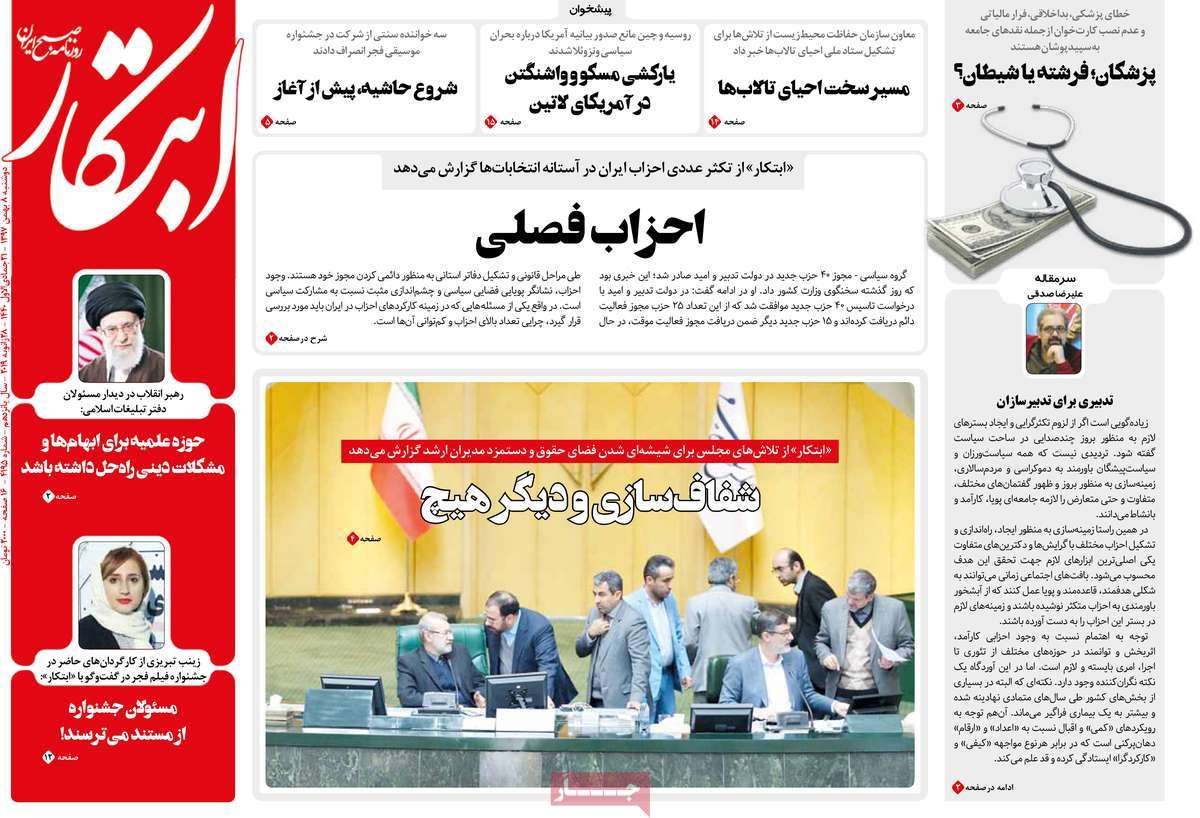 3- Situation in Region Changed, Now We Have Options on Table: Nasrallah 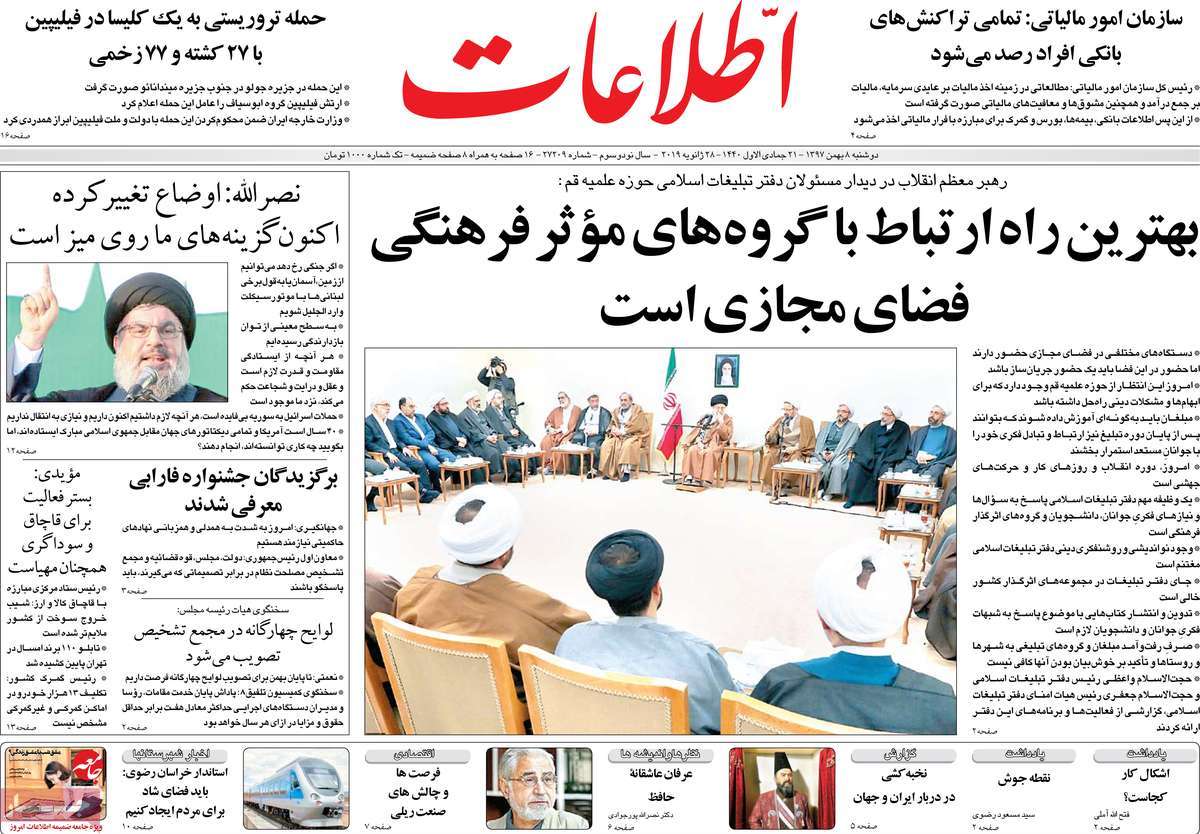 1- Iran, Syria, Hezbollah Could Decide to React to Israeli Attacks in Syria Differently 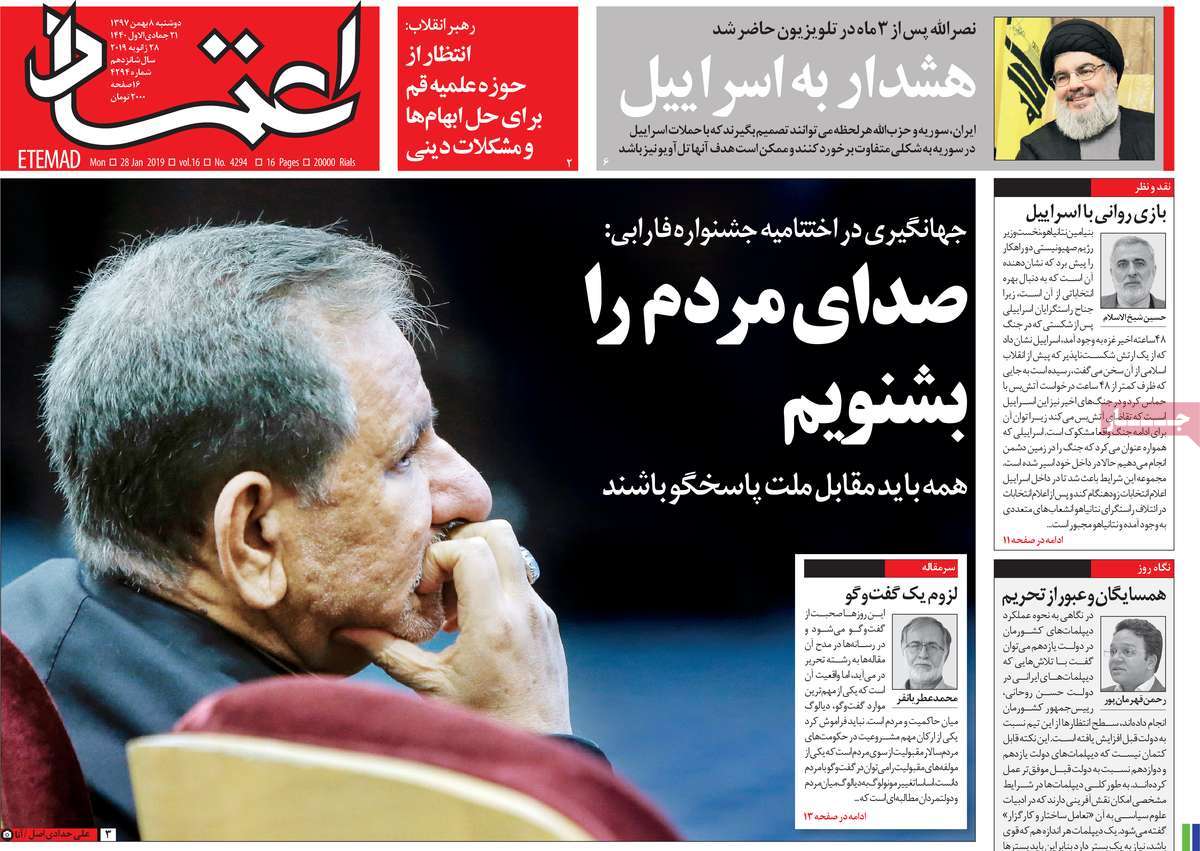 1- Presence in Cyberspace Should Be Influential: Iranian Leader 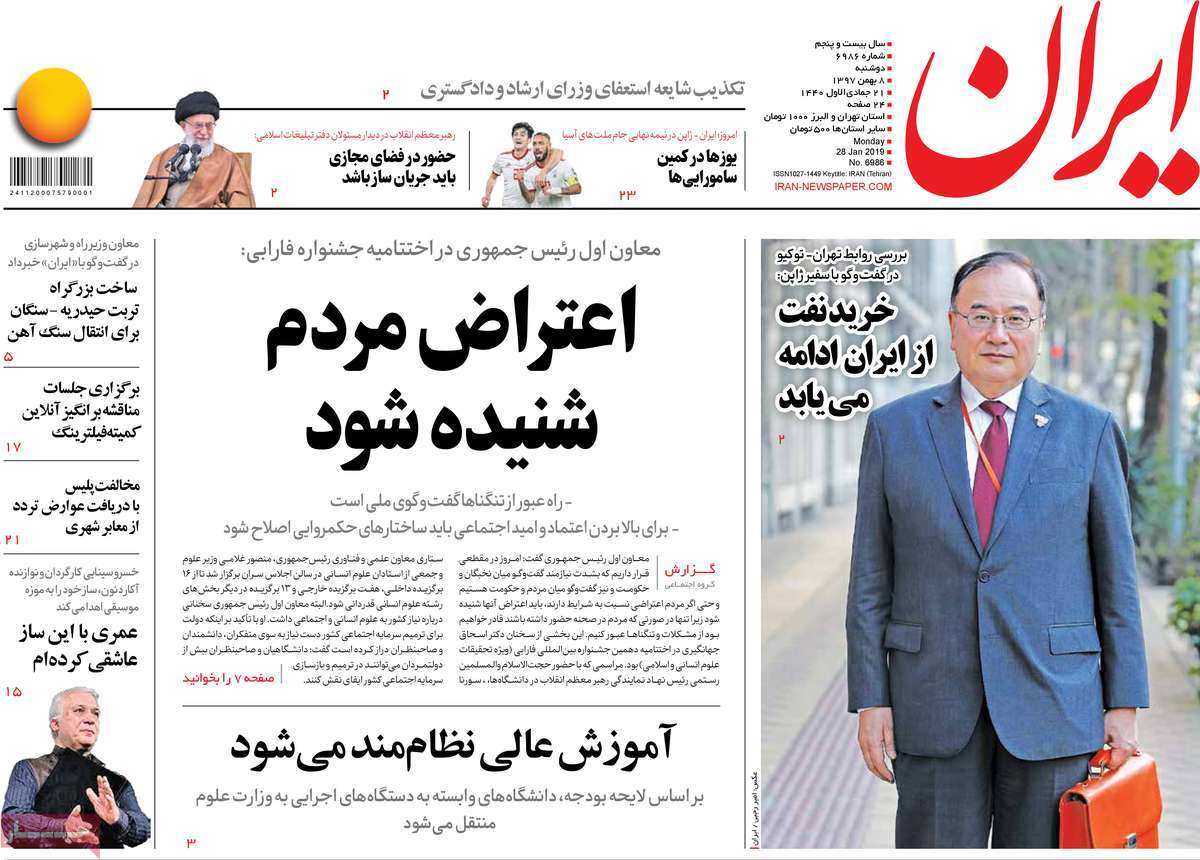 2- Time for US Imperialism Over: Austrian President 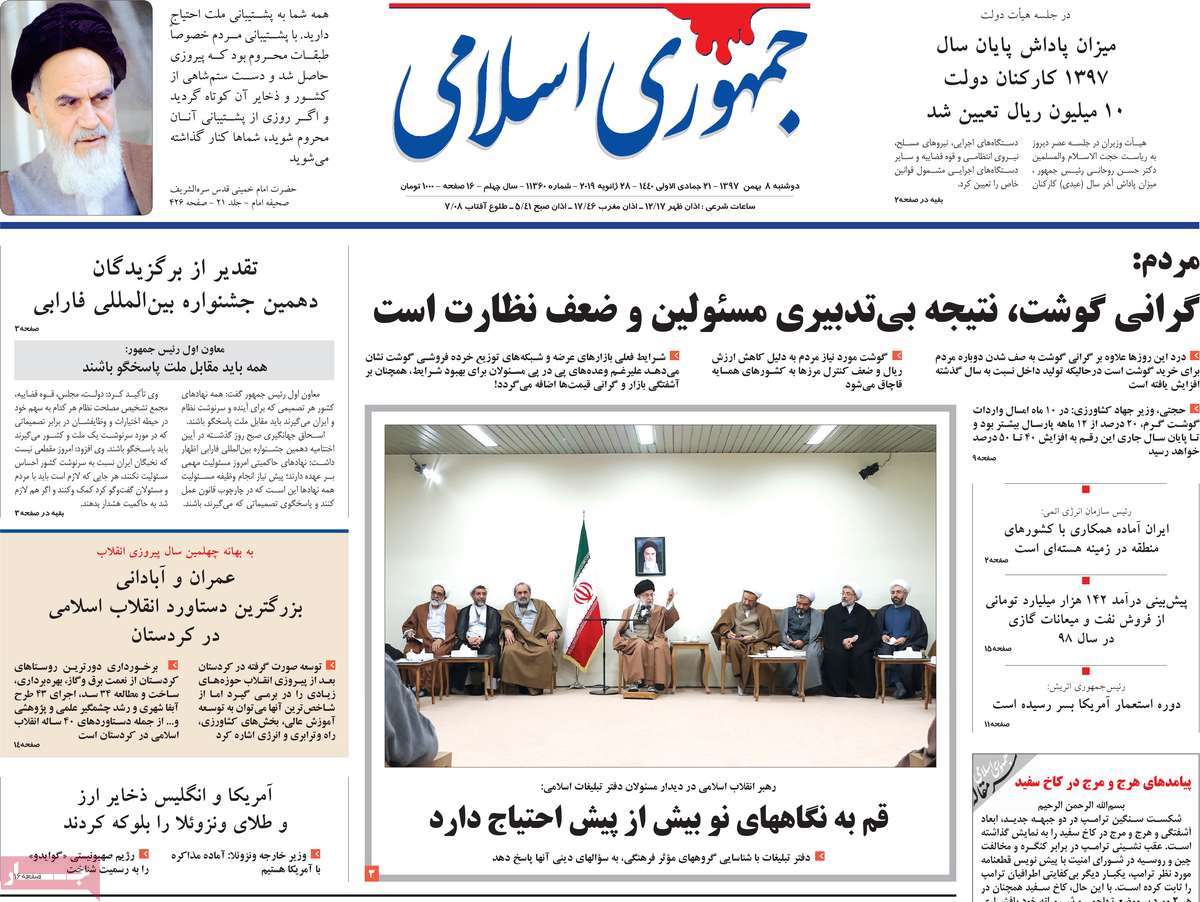 3- For 40 Years, US, Allies Have Failed to Defeat Iran: Nasrallah 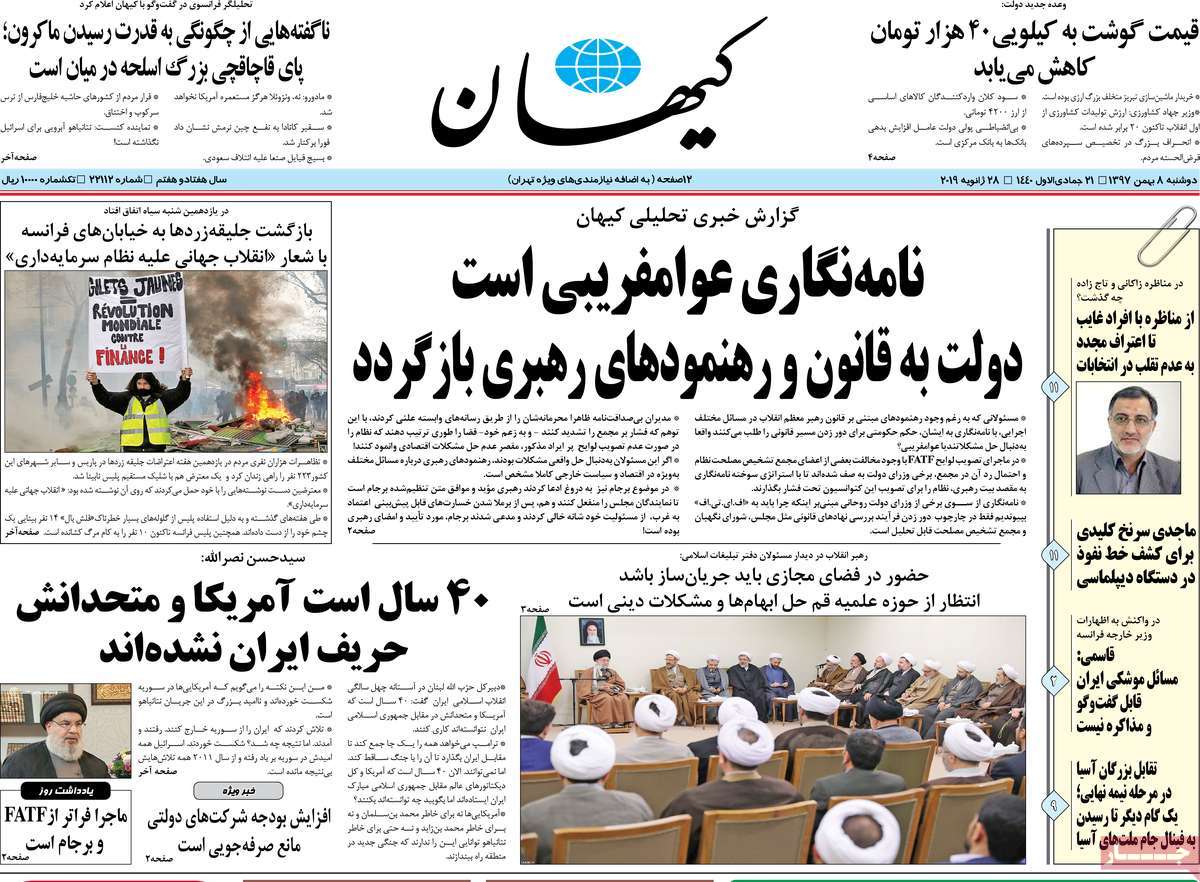 1- Honor Your Pledge Before It’s Too Late: AEOI Chief 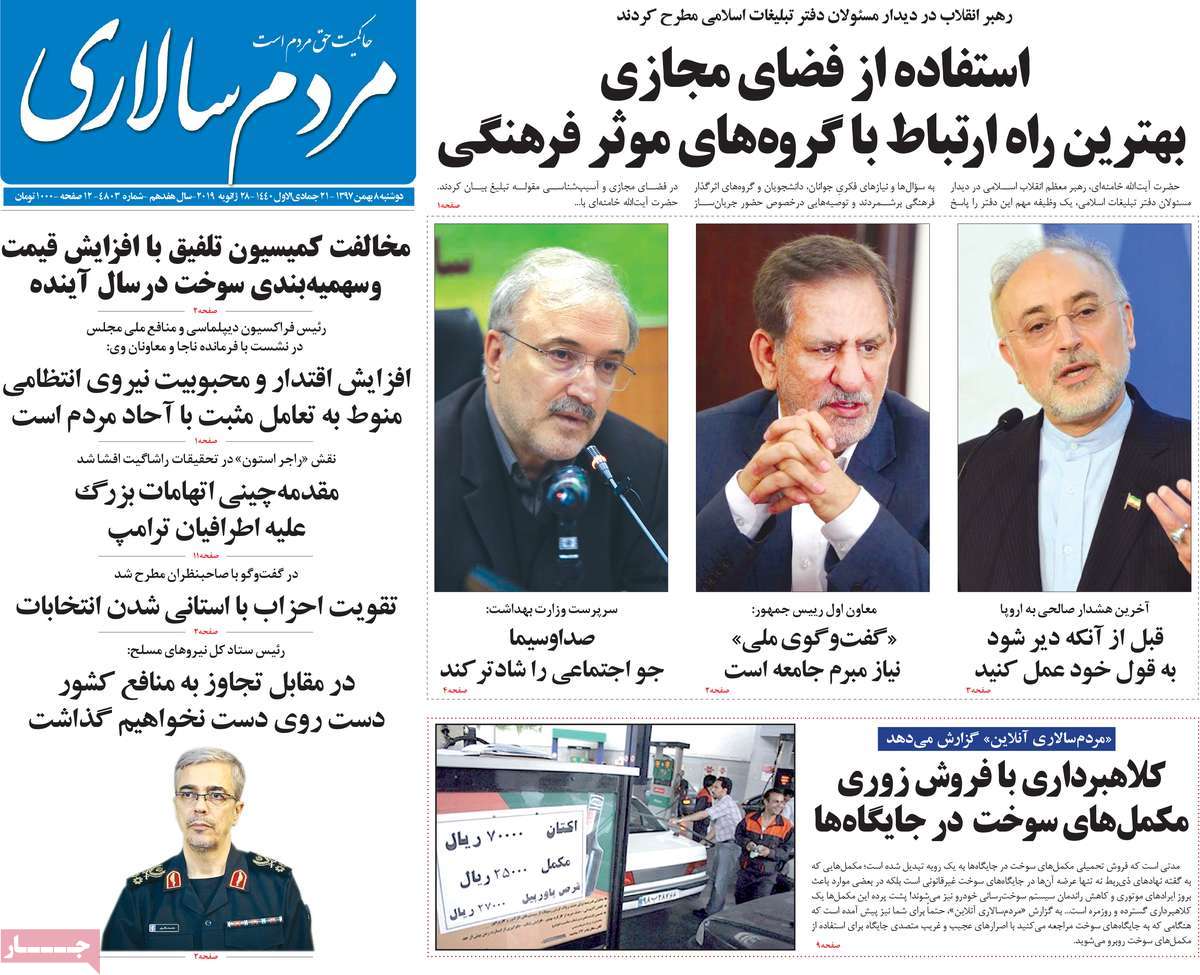 1- Whole Occupied Palestine Field of Next Battle [With Israel]: Nasrallah

2- With Help of Iran and Russia, We Will Bring Region Out of Catastrophe:  Erdogan 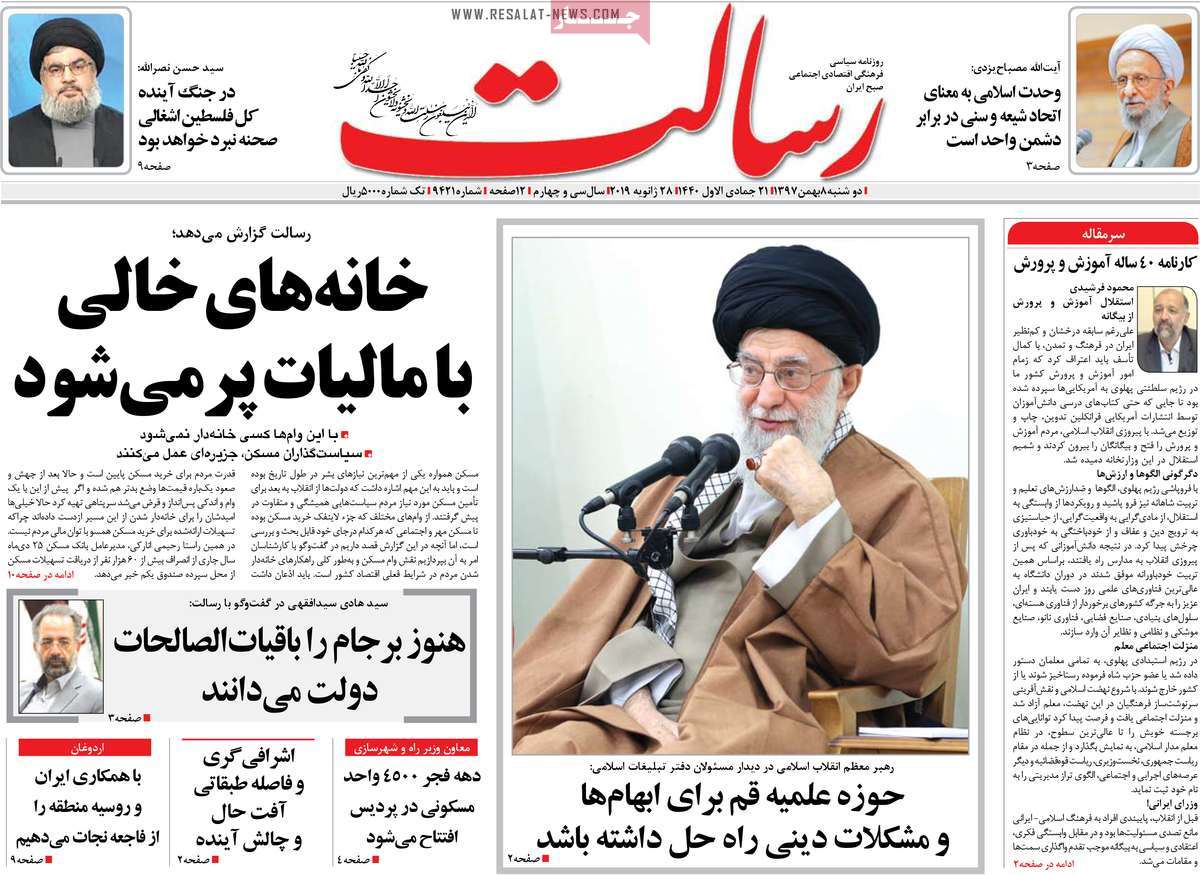 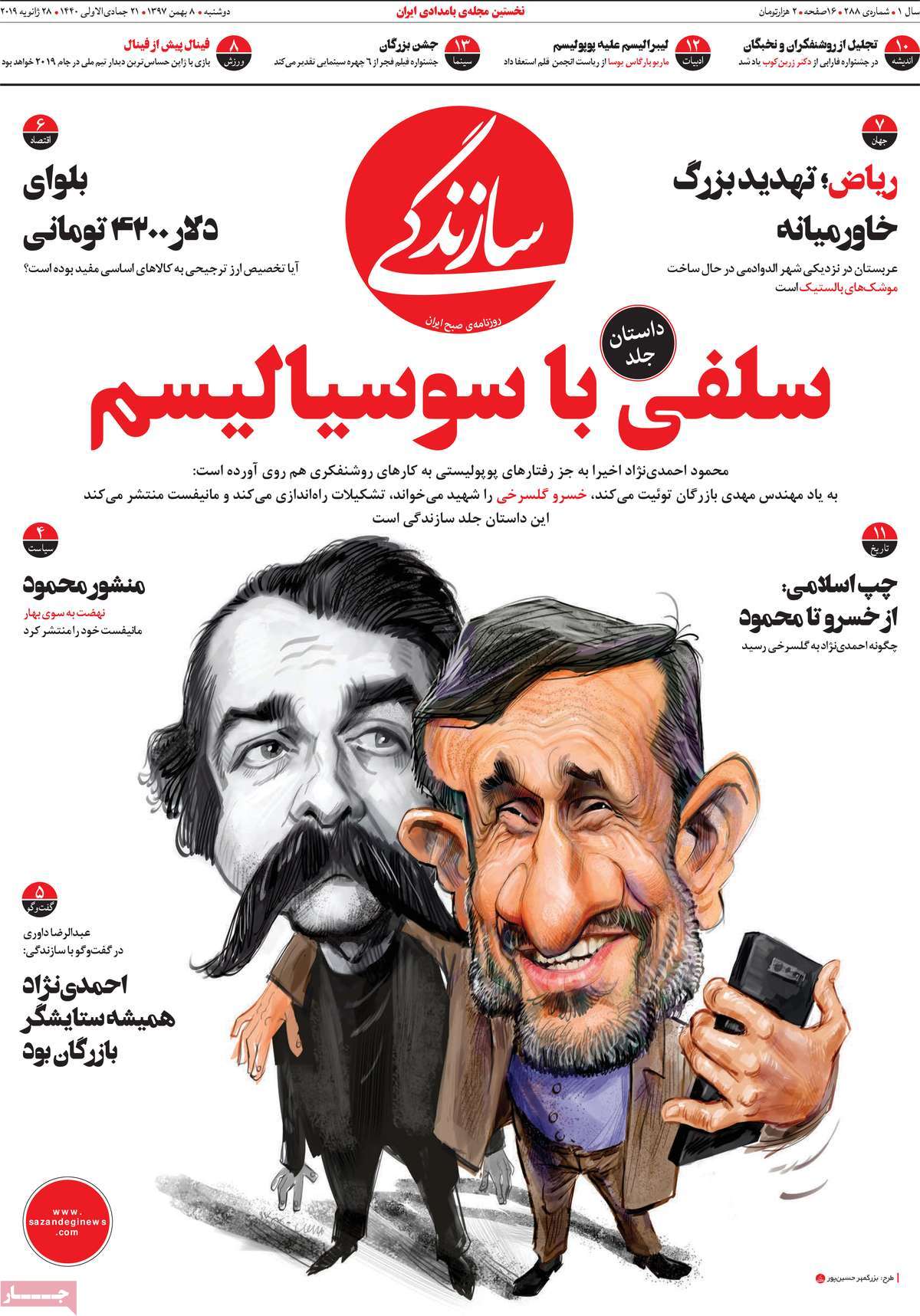 2- Russia, US in Standoff Over Self-Proclaimed Venezuela President 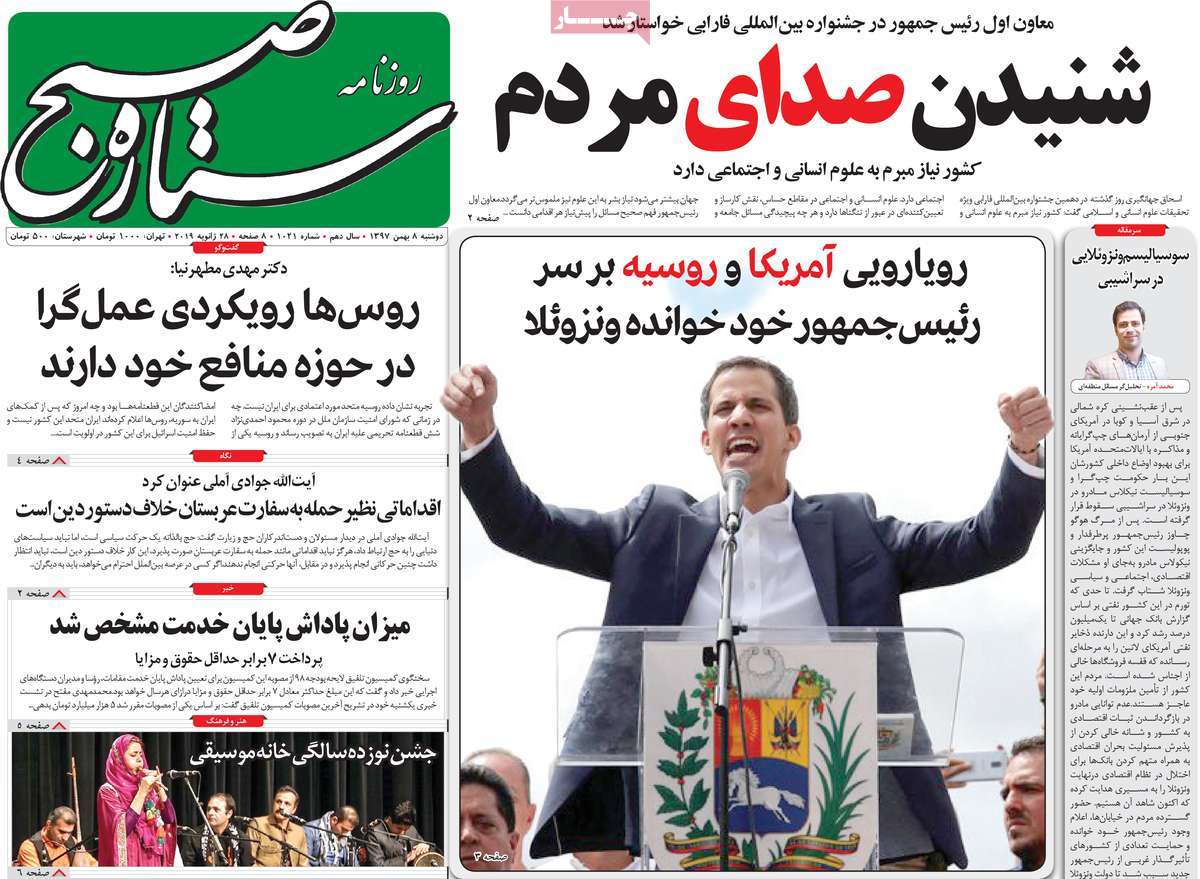 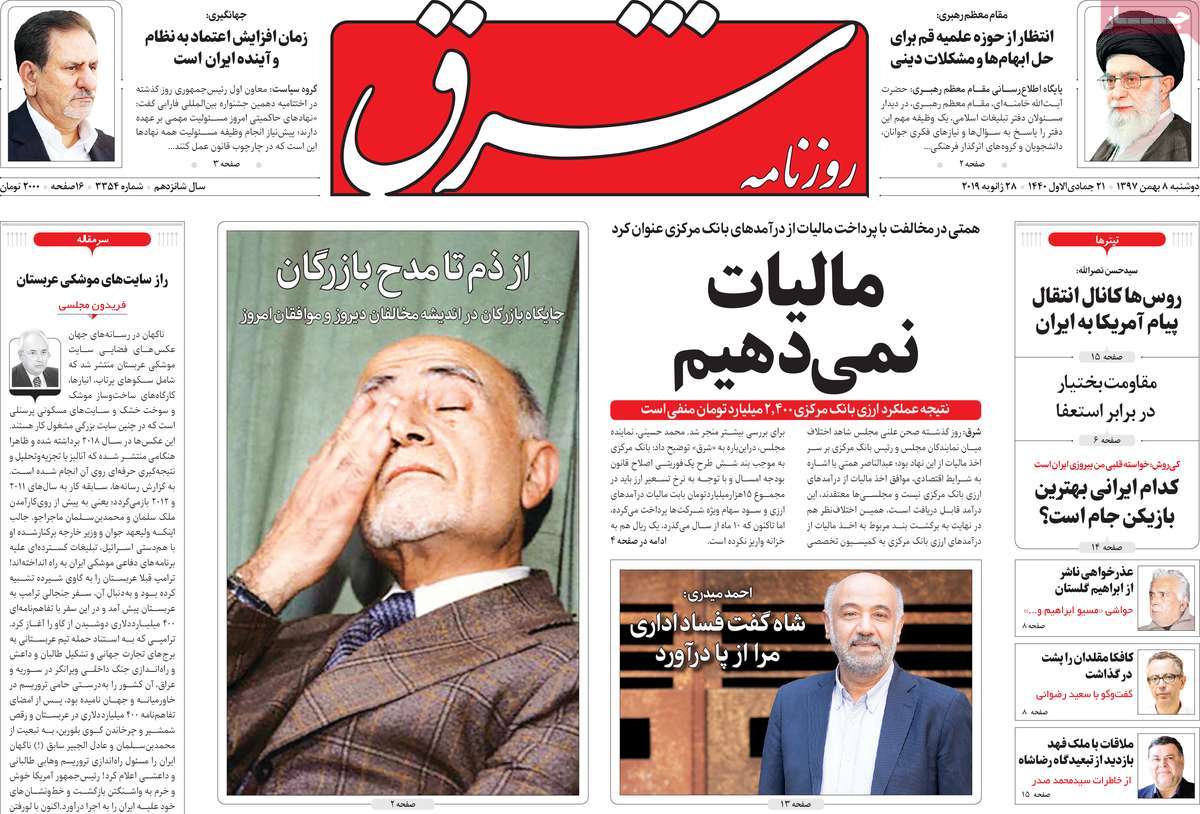 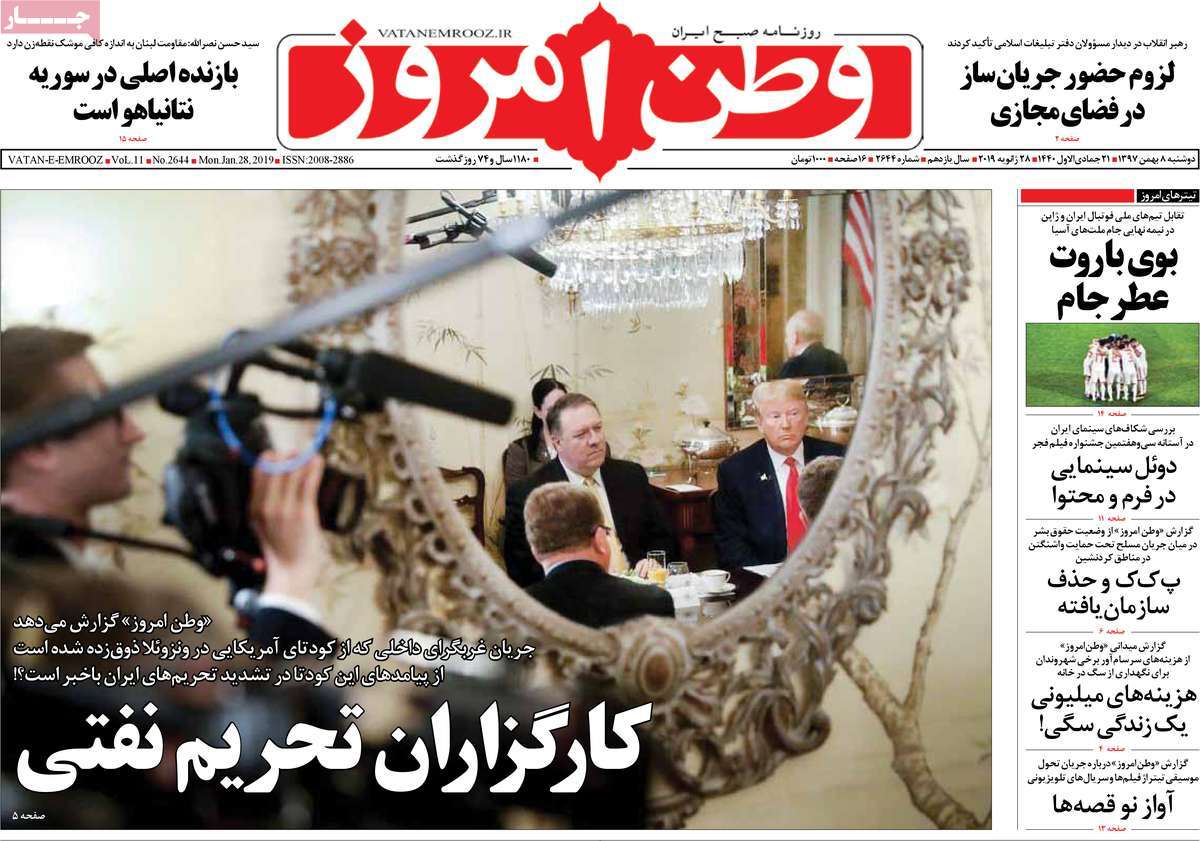