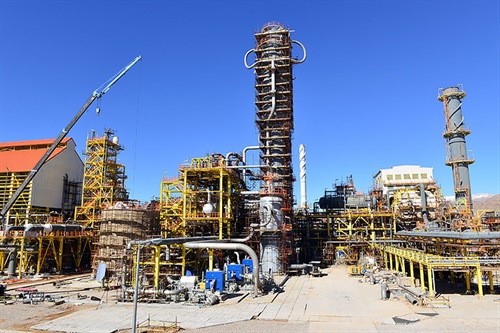 SHANA — The CEO of Lordegan Petrochemicals Company said the plant’s construction had progressed 94.27 percent and was expected to come online by fall.

Mohsen Mahmoudi said the plant needed a utility unit of its own which would come online by spring.

He said the urea and ammonia project would become operational by fall adding €700 million was invested in the project of which €502 was supplied by financing.

Lordegan Petrochemical Plant is being built for production of 1.755 million tons of petrochemicals annually in the western province of Chahar Mahal and Bakhtiari.