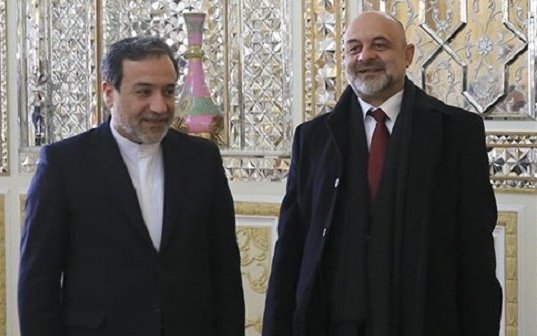 Warsaw is set to host the event Feb. 13-14, when Tehran’s adversaries are expected to discuss what is described as Iran’s destabilizing role in the region. Lang gave Iranian authorities assurances, however, that unlike what they fear, Poland will not allow the conference to become a platform for anti-Iran rhetoric. His Iranian counterpart, Abbas Araghchi, warned that Poland needs to be careful about the consequences of the event.

Reformist media in Iran interpreted the visit as an effort to win back Iranians’ hearts and minds. It was “a Polish push for reconciliation,” Ghanoon said, while Ebtekar shed light on the implications of the trip and the prospects of the Iran-Europe ties. Likening the situation to “walking on thin ice,” the paper stressed the sensitivity of the current circumstances and how various factors could jeopardize relations between Iran and Europe.

Earlier this month, to vent its anger, Iran summoned Poland’s charge d’affaires in Tehran to grill him over his country’s decision. Foreign Minister Mohammad Javad Zarif also took to Twitter to review history and make Warsaw feel ashamed for holding an “anti-Iran circus” while “Iran saved Poles in WWII.” Over 100,000 Polish citizens took refuge in Iran during the Second World War.