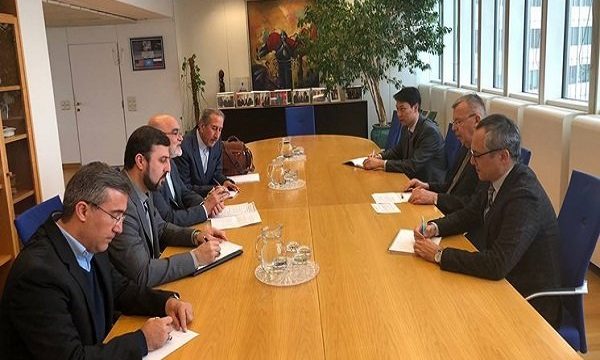 Iran calls on UNODC for more coop. on fight against illicit drugs

MNA – Head of the General Inspection Organization of Iran (GIO) Nasser Seraj has called on the UN Office on Drugs and Crime (UNODC) for more cooperation with Iran in the fight against illegal drugs.

Nasser Seraj, Head of the General Inspection Organization of Iran (GIO), who has traveled to Austrian capital Vienna to attend the 10th edition of annual Conference of the States Parties to the United Nations Convention against Corruption, held a meeting with Executive Director of the United Nations Office on Drugs and Crime (UNODC) Yury Fedotov, along with Permanent Representative of Iran to the United Nations (Vienna), Kazem Gharibabadi.

In the meeting, Seraj referred to the history of cooperation of Iran with the UNODC, adding that the General Inspection Organization of Iran (GIO) acts as the major institution in Iran in the fight against corruption.

The GIO head further referred to Iran’s struggle against the illegal drugs, criticizing the lack of serious help to the Islamic Republic from the international organizations and other countries while his country is paying a high price in its fight against illicit drugs.

UNODC executive director further hailed Iran for being at the forefront of discovering illegal drugs, saying it is a duty of his organization to lend help to the country.