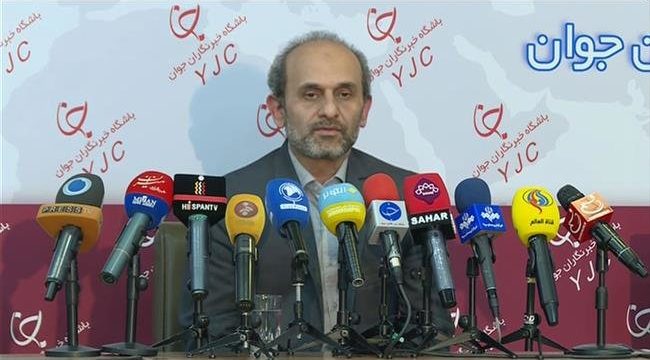 Press TV – The head of the Islamic Republic of Iran Broadcasting (IRIB)’s World Service attends a news conference on the US detention of Press TV anchor Marzieh Hashemi, calling for her immediate release.

Peyman Jebelli held the news conference in the Iranian capital Tehran on Wednesday, which marks the 11th day after Hashemi’s detention in the US.‎

He said the US was contradicting its claims of defending human rights by detaining the Press TV anchor.

He once again reiterated that Press TV anchor was not accused of ‎ any crimes and was held as material witness in the US.‎

He said Press TV anchor was paying price for seeking freedom of speech.

“We are doing all we can to help ‎ free Press TV anchor from the US detention,” Jebelli said.

He also said that the Iranian Foreign Ministry will use its capacities to help free Hashemi.

Hashemi, a 59-year-old American-born Muslim convert who has lived in Iran for years, was detained at St. Louis Lambert International Airport in Missouri last Sunday while in the US to visit her ill brother and other family members.

She was transferred to a detention facility in Washington, D.C., where she was initially forced to remove her hijab and only offered non-halal food.

The FBI has repeatedly declined to comment on her arrest. But the US government has confirmed that she has been arrested as a “material witness.”

Hashemi appeared in a court on Friday for a second time and is slated to appear before a grand jury on Wednesday.