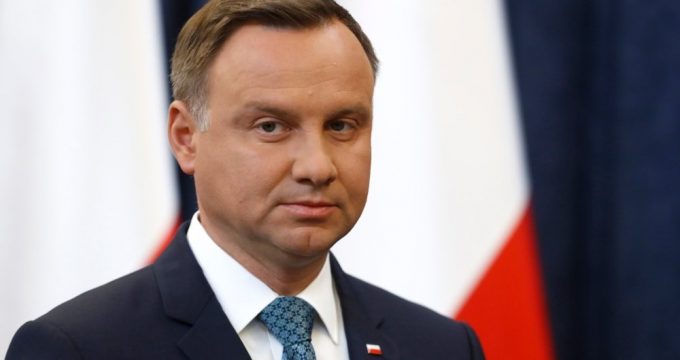 President: Decision to invite Iran to Warsaw Summit not finalized

IRNA – Polish President Andrzej Duda said that the option of inviting Iran to participate in the Warsaw summit was still ‘open’ and, contrary to what Foreign Minister Jacek Czaputowicz said.

The words of Duda are against Polish Foreign Minister Jacek Czaputowicz who said on Monday that Iran had not been invited to the Middle East International Summit to be held February 13-14 in Warsaw.

Reuters today, citing the president of Poland, reported that his government has not yet made a decision on Iran’s invitation to the upcoming Warsaw summit.

According to IRNA, Euro News, quoted the Polish president as saying, ‘The president of Poland has declared the option to invite Iran to the Warsaw summit as “open” and stated that his government has not yet made a definitive decision to invite Iran.

The Foreign Minister of Poland has previously claimed that the presence of Iran would disrupt the talks (Warsaw), because the tone used by Tehran is ‘hardly acceptable’.

However, Polish Deputy Foreign Minister Maciej Przemysław Lang after remarks of his superiors and on a recent visit to Tehran pointed to a good track record of bilateral relations between Iran and Poland, and said, ‘Poland believes that Iran, as one of the most important actors in the Middle East has an effective role in shaping regional developments. The goal of Poland to hold the conference is to help resolve the region’s problems, and Poland will not allow Iran’s friend to take action against Iran.”

Today, the caretaker of the United States Mission to the United Nations said that the Warsaw Summit addresses the threats to international peace and security and does not aim at destroying or attacking Iran.

Holding an anti-Iran summit in Warsaw as declared by US Secretary of State Mike Pompeo for the first time in his Middle Eastern tour has received a cold response from European and Russian countries, and the ministers of many influential EU countries and Federica Mogherini have refused to take part.

Permanent Representative of Poland to the United Nations Joanna Wronecka dismissed certain US officials’ statements on Warsaw meeting to build coalition against Iran, saying that the meeting will not concentrate on a special country.

Iran’s Parliament Speaker Ali Larijani described anti-Iranian meeting in Warsaw as a show by Iranian enemies, and stressed that the enemies know the Islamic Republic of Iran has such a greatness in the region that cannot be vanished.

Deputy Foreign Minister Abbas Araqchi said on Monday that Iran has always been seeking to establish peace and stability in the region, but it will never allow any country to build coalition against its interests in the region or outside. o

He made the remarks in a meeting with deputy foreign minister of Poland Maciej Przemysław Lang who is currently visiting Iran at the head of a political delegation.