A Look at Iranian Newspaper Front Pages on January 23

Iran Front Page – IFP has taken a look at the front pages of Iranian newspapers on Wednesday, January 23, 2019, and picked headlines from 13 of them. IFP has simply translated the headlines and does not vouch for their accuracy.

Iranian papers today covered the summoning of Swiss ambassador to Iranian foreign ministry over the imprisonment of Press TV’s journo Marzieh Hashemi. She is in jail for 12 days now without any charges. She is going to appear before a jury on Wednesday again.

Also a top story was the controversies over FATF, which is composed of four bills to take the country out of the blacklist of the Financial Action Task Force (FATF).

3- Turkey-controlled Region Will Not Be Safe: Syrian Kurds 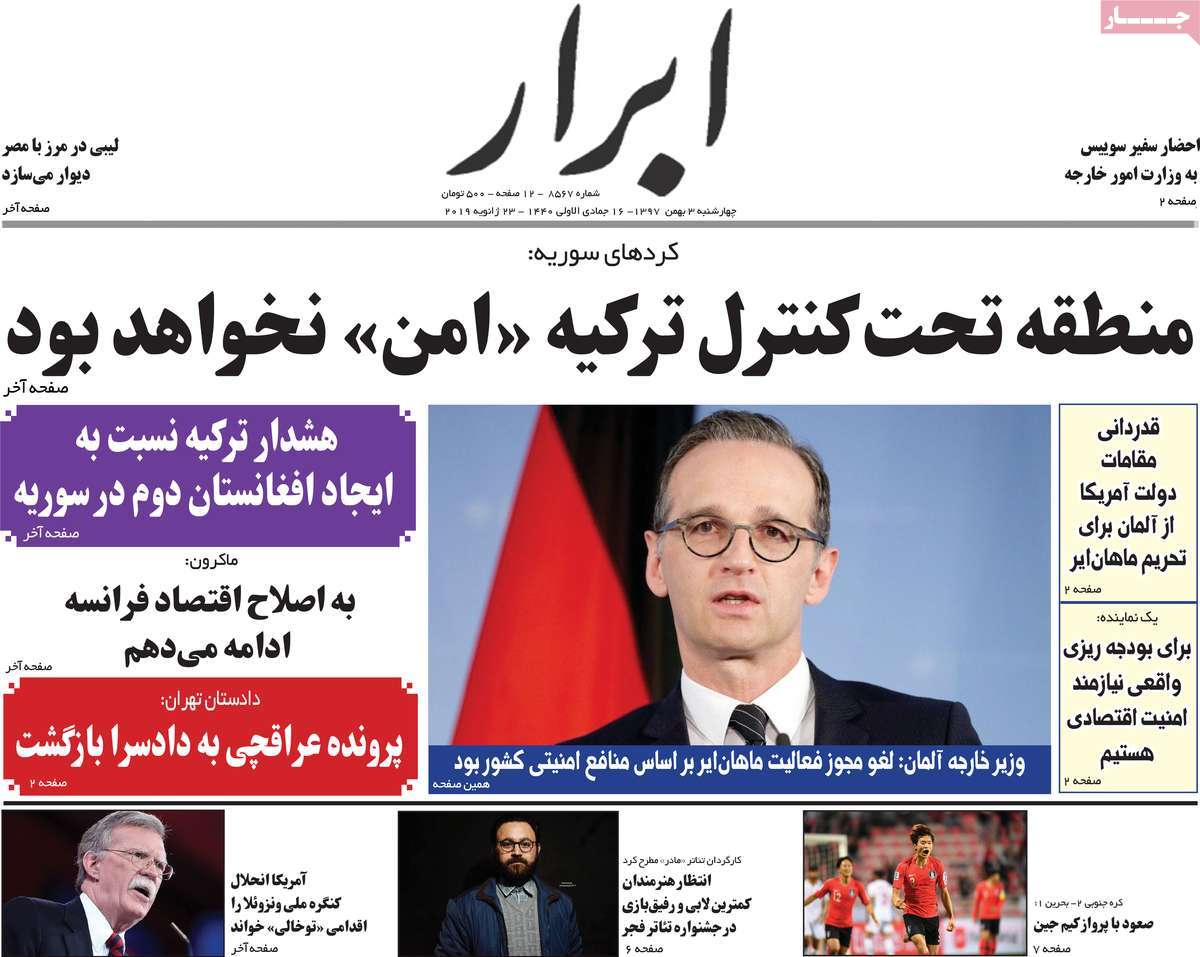 1- What Will Happen If We Do Not Join Palermo Convention? 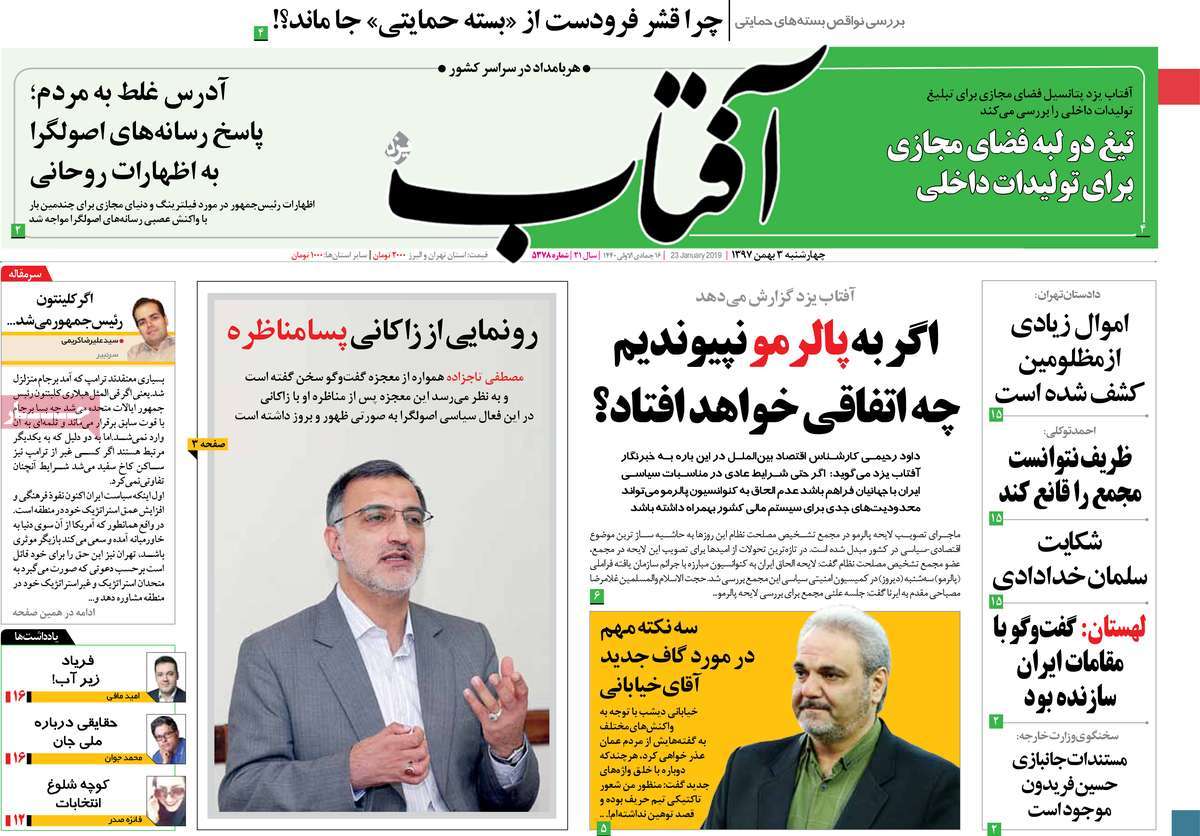 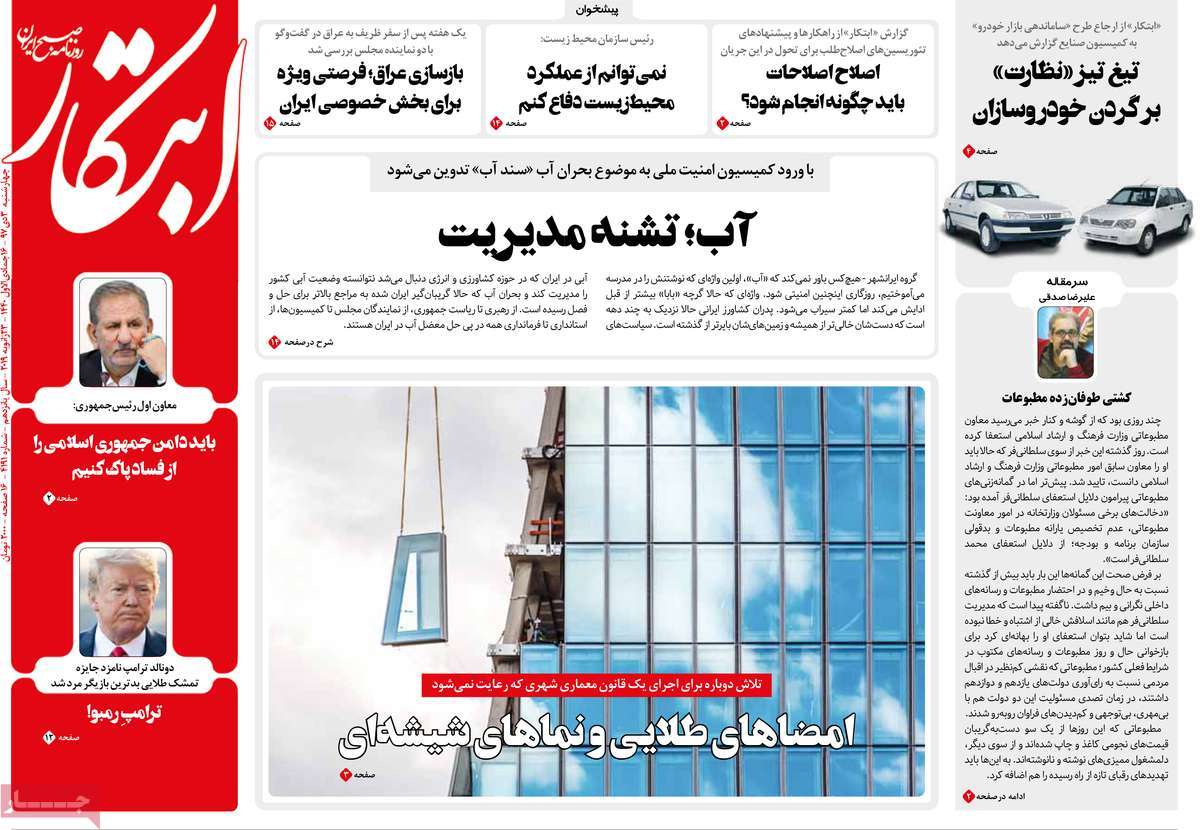 2- Negotiations in Qatar; Bombing in Afghanistan

3- Will Turkey be Allowed to Attack Manbij? 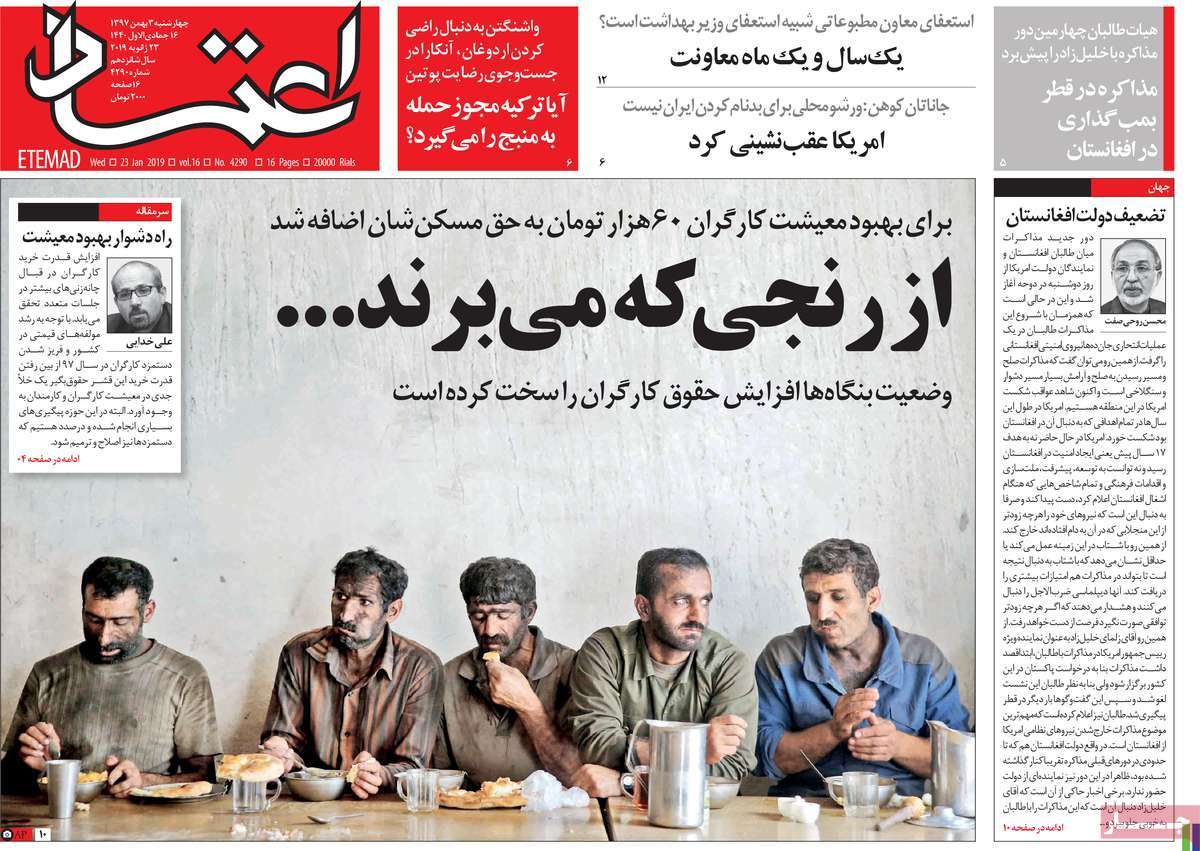 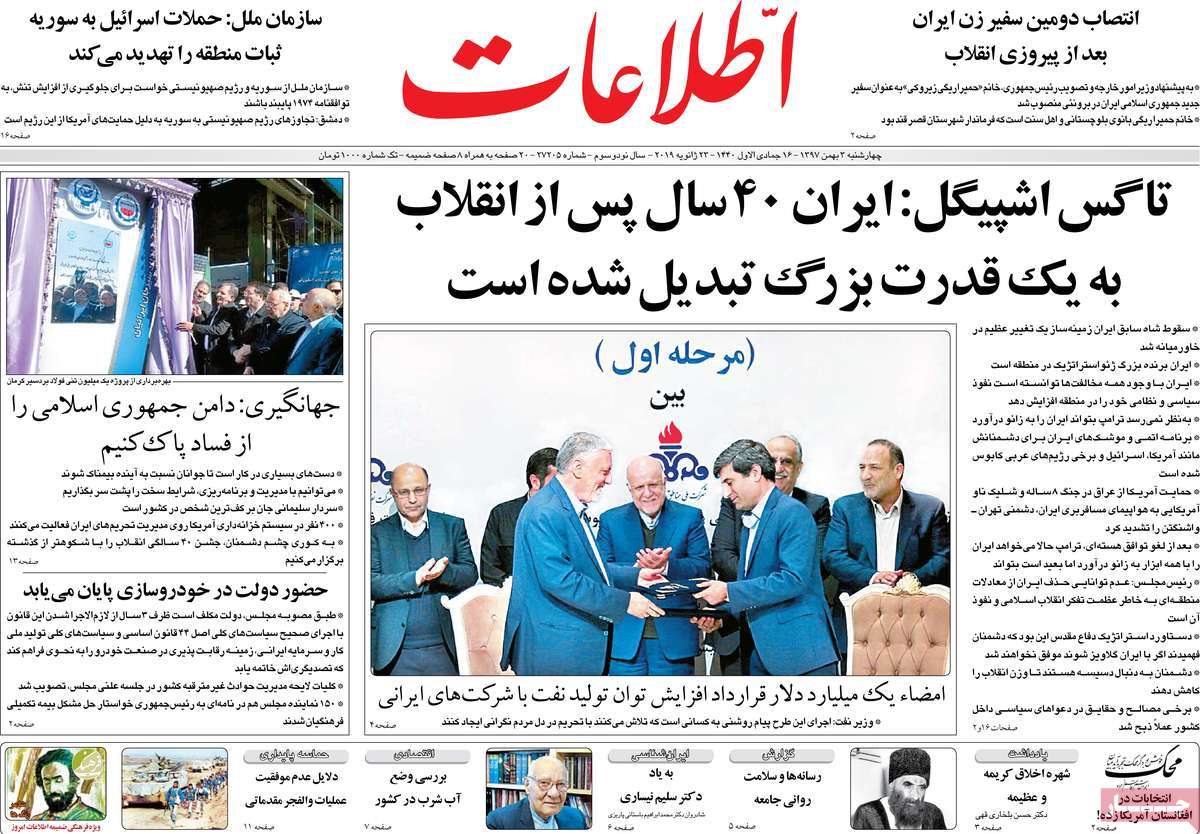 1- Current Policy with EU Not Useful: Iran Ex-Envoy to Paris 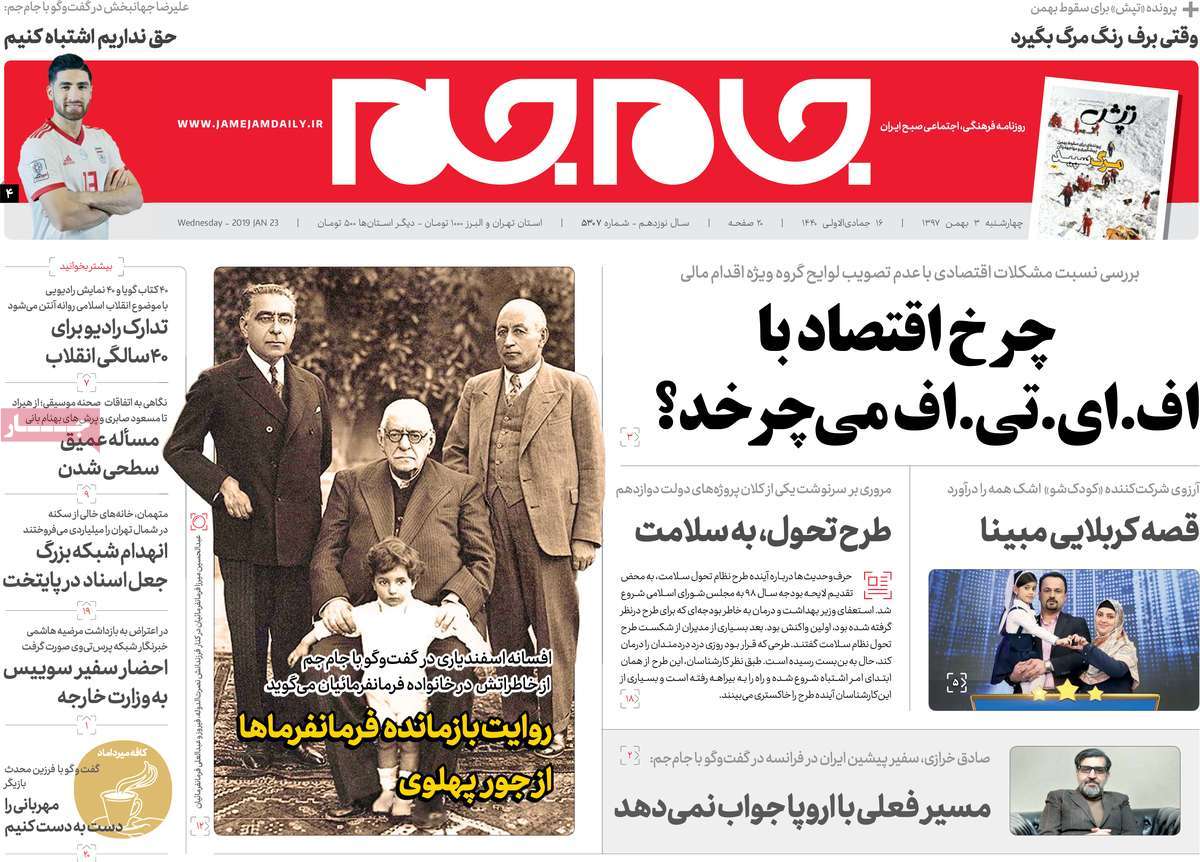 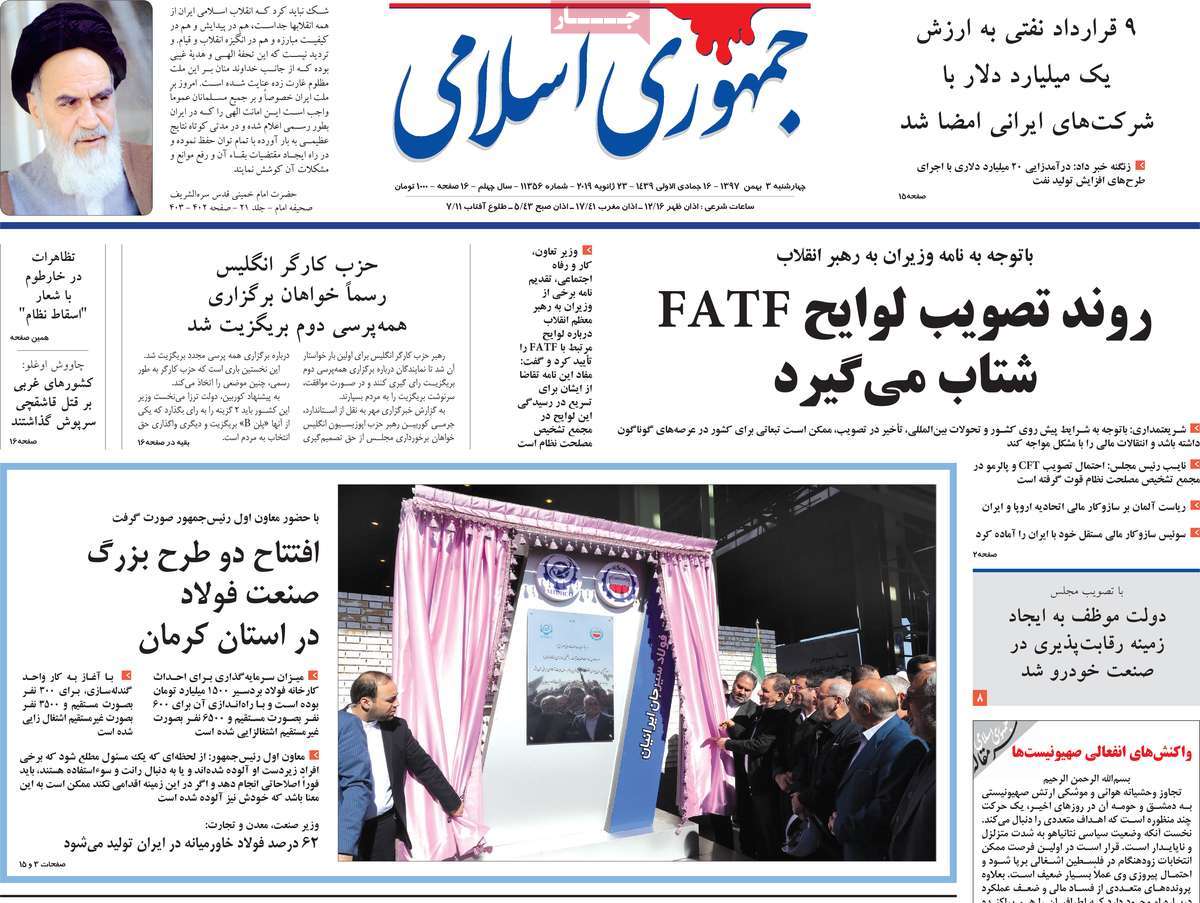 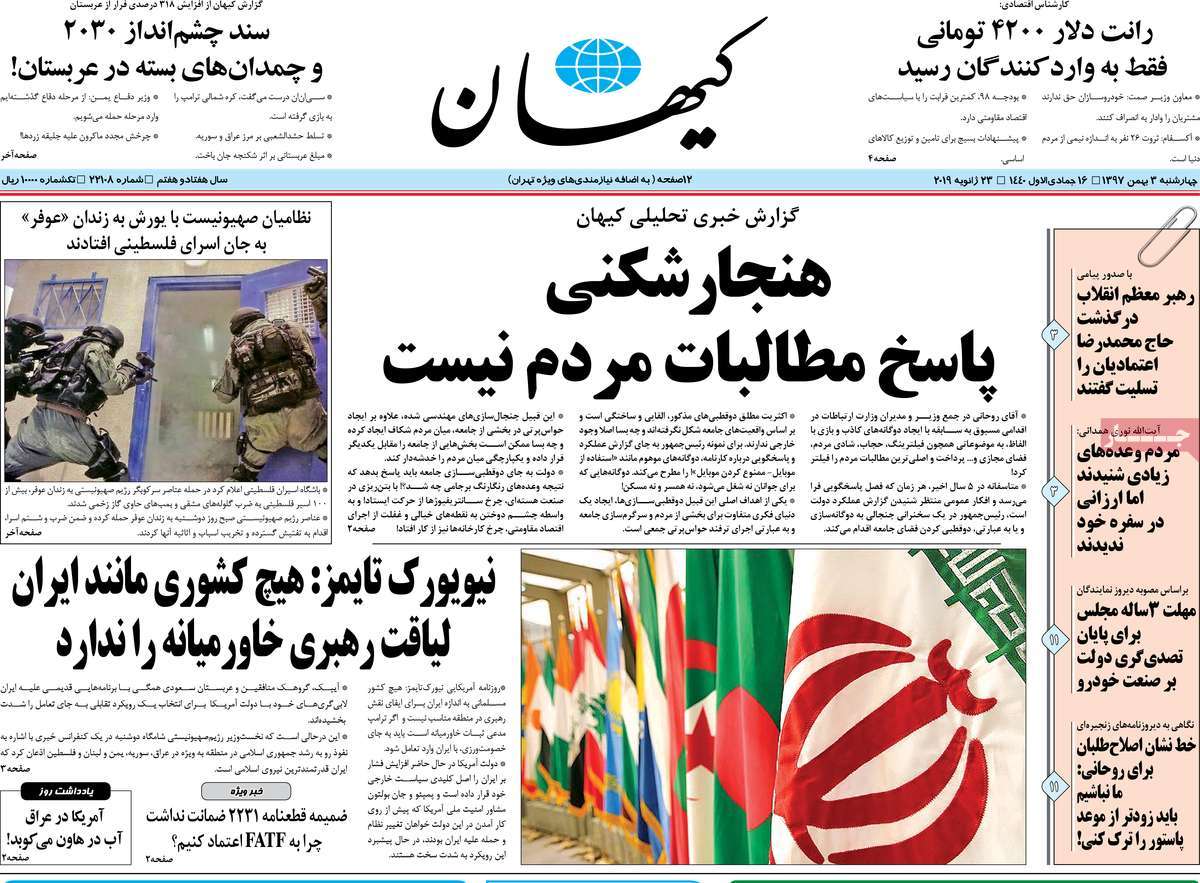 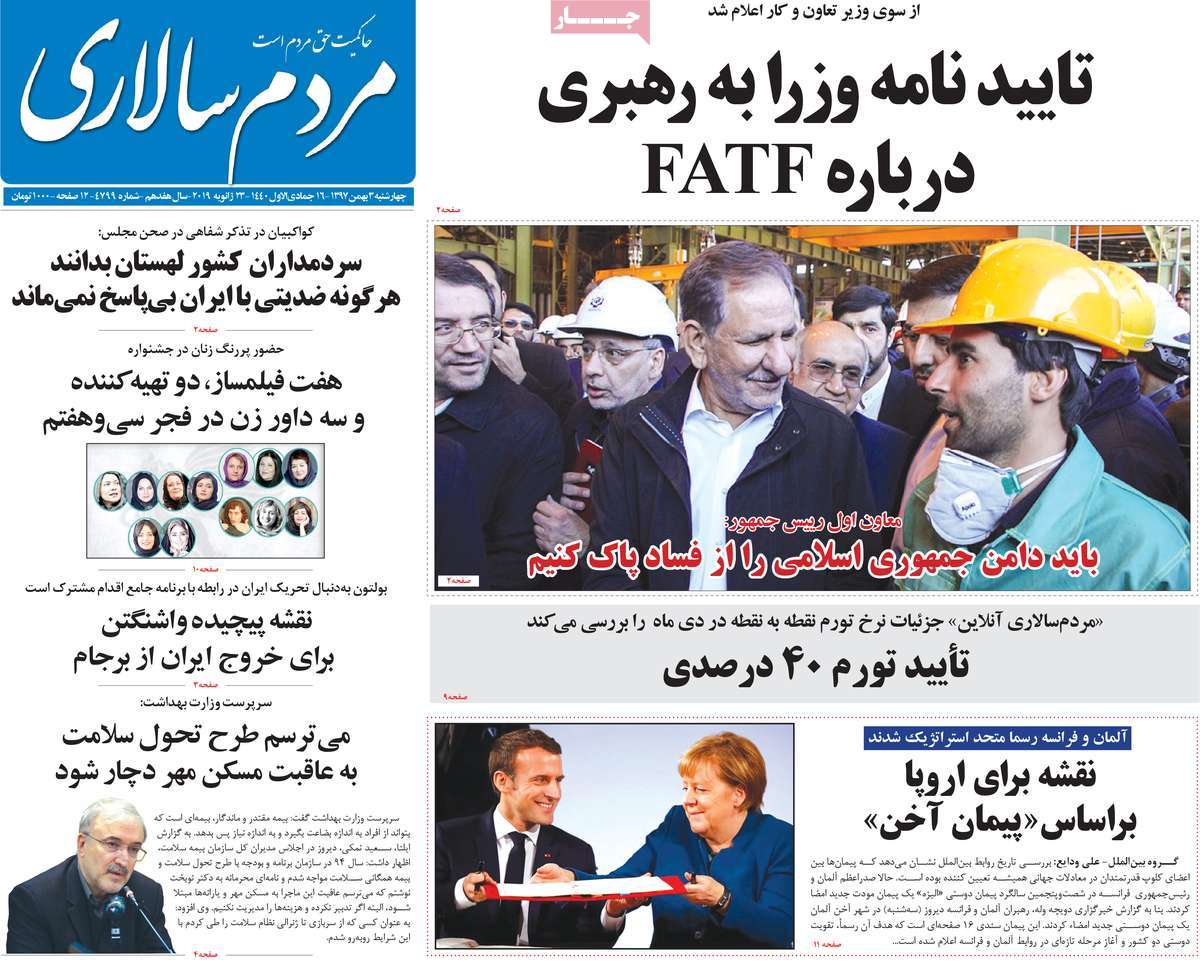 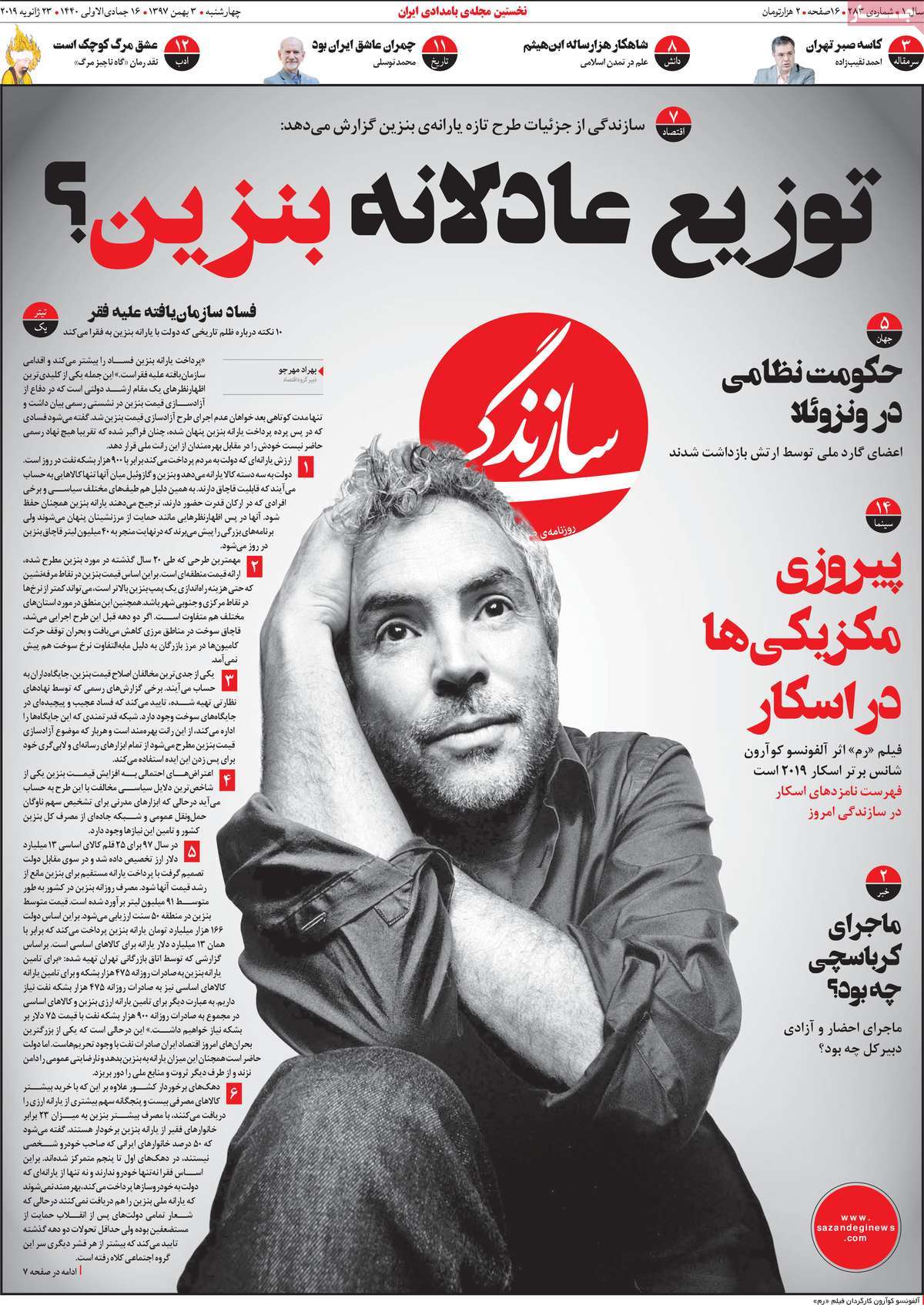 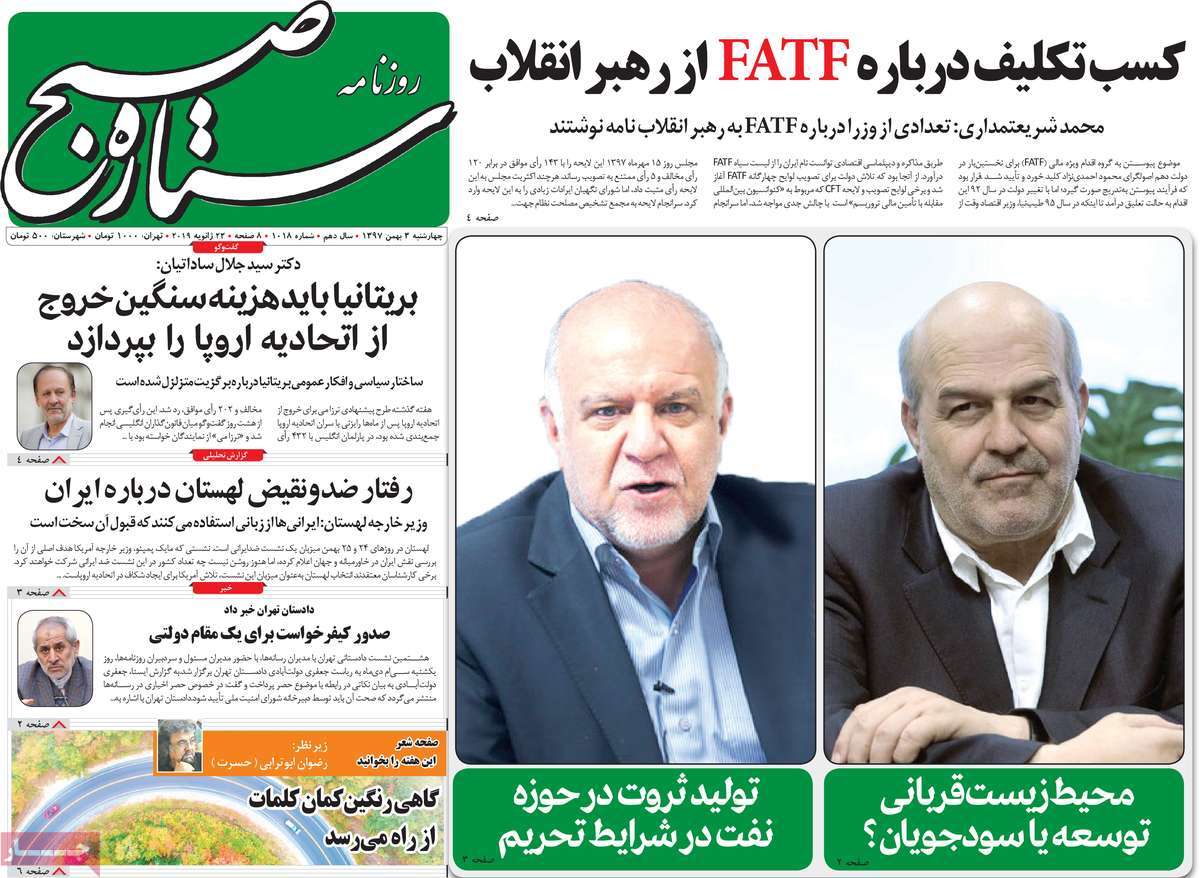 1- Democracy Not Coming Out of Guns: Iran SNSC Secretary 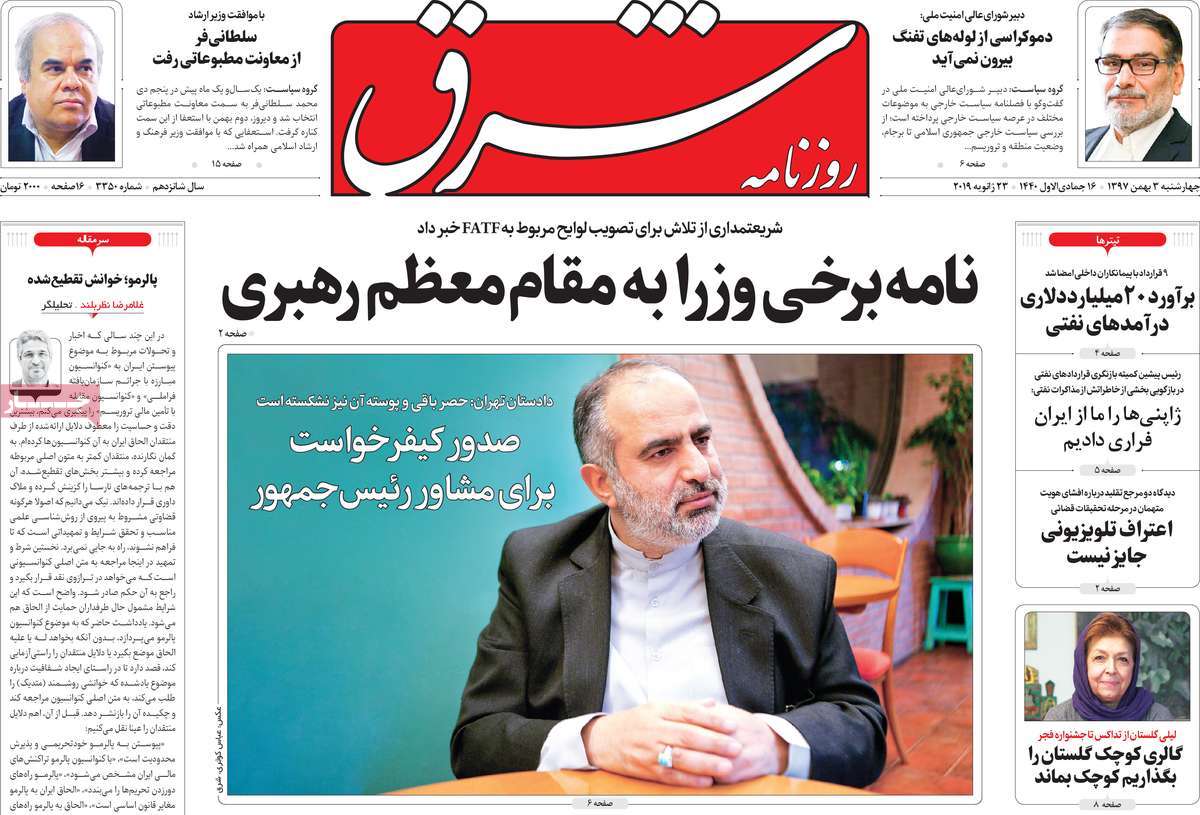 1- 40 Years of Progress in Anti-Sanctions Industry