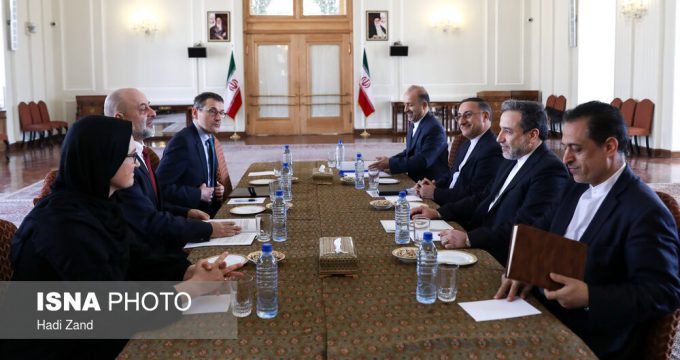 Iran does not allow any coalition against its interests: Deputy FM

Press TV – Iran’s deputy foreign minister for political affairs says the Islamic Republic does not allow any country to build a coalition against its interests either within the Middle East or outside.

Speaking in a meeting with Polish Undersecretary of State Maciej Przemysław Lang in Tehran on Monday, Abbas Araqchi said, “Iran always seeks to establish peace and security in the region and has proved this in its fight against terrorist groups such as Daesh.”

The Iranian deputy foreign minister added, “However, [the Islamic Republic of Iran] does not allow any country to build a coalition against its interests either within the region or outside.”

Araqchi’s remarks came in reaction to a decision by Poland to host an anti-Iran summit organized by the United States, which is due to be held on February 13-14.

US Secretary of State Mike Pompeo said this month that the conference would focus on stability and security in the Middle East, including the “important element of making sure that Iran is not a destabilizing influence.”

Earlier this month, Iran’s Foreign Ministry summoned Polish chargé d’affaires in Tehran, Wojciech Unolt, to provide answers as to why Warsaw had agreed to host the event.

Tehran believes that the conference is a hostile measure by the United States against its interests.

Elsewhere in his remarks, Araqchi said the Middle East crisis is rooted in the Zionist regime’s occupationist policies, emphasizing that Israel and its repressive policies constitute the most important problem faced by the region.

The Iranian deputy foreign minister said the fact that such important topics are not on the agenda of the Poland conference indicates its biased nature, adding, “It is clear that the US is pursuing other objectives through the conference.”

The Iranian diplomat rejected Poland’s “unacceptable” reasons for following suit with the US government in hosting the event, saying, “The Polish government must understand the real goals that the US government pursues through this conference and heed its consequences.”

The polish official, for his part, pointed to cordial relations between Warsaw and Tehran and said his country believes that Iran plays a leading role in the ongoing developments in the Middle East.

Lang added that the conference aims to help solve regional problems and emphasized that Poland would not allow any measure to be taken against Iran as a friendly country.