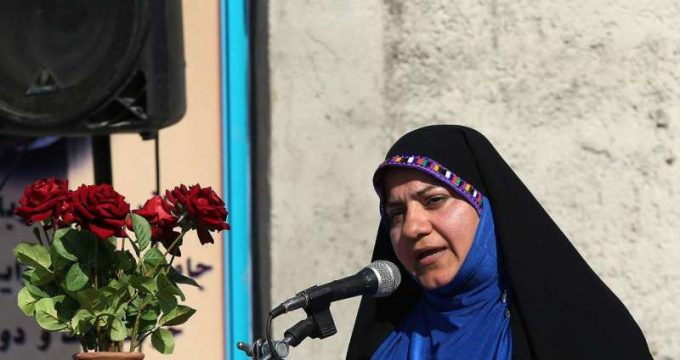 Foreign Ministry announced in a statement that Rigi was appointed to the post on the proposal of Foreign Minister Mohammad-Javad Zarif and the approval of President Hassan Rouhani.

Rigi will be heading for the mission in the coming days, the statement noted.
She was the former governor of Ghasr-e Ghand County in the southeastern province of Sistan and Baluchistan.

The foreign minister said in a recent meeting with Iranian parliament women fraction that Rigi will become Iran’s ambassador to Brunei after the administrative issues are settled.

Sunnis are one of Iran’s minority groups. Iranian Ambassador to Hanoi Saleh Adibi belongs also to the Iranian Sunni community.

Earlier, Hamideh Zarabadi, the spokesperson for Women Fraction in the Iranian parliament, quoted Zarif as saying that two more female ambassadors will be introduced in the near future.

Marzieh Afkham, who was the first female spokesperson for the Iranian Foreign Ministry, was appointed as ambassador to Malaysia on November 8, 2015.

During the moderate government of President Hassan Rouhani, many women and Iranian citizens from the minority groups took high-level governmental positions.