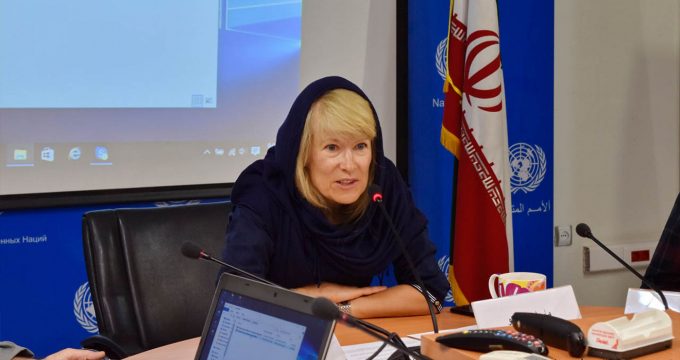 Guterres deeply worried about US sanctions against Iran: UN official

MNA – The UNIC Director in Iran said Monday that Secretary-General of the United Nations António Guterres is deeply worried about US decision to withdraw from the nuclear deal and re-impose sanctions against Tehran.

Guterres has said that according to IAEA reports Iran has not had any deviations in its nuclear activities and accordingly, other signatories of JCPOA (Joint Comprehensive Plan of Action) should back the deal, Maria Dotsenko added.

She highlighted that the United Nations will continue to support the Islamic Republic of Iran’s government and nation.

UN is going to help the Iranian government to provide vulnerable people with special packages in a move to lessen the effects of US sanctions, she told IRNA.

Asked about the reasons behind not restricting activities of MKO terrorist groups in Europe, she noted that UN condemns terrorist measures anywhere in the world.