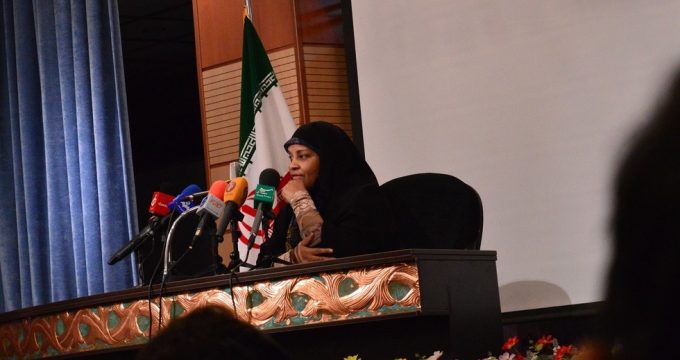 Press TV – The family and friends of Press TV Anchor Marzieh Hashemi, who has been jailed in the US without charge, have called for her immediate release.

In a message released on Saturday, Hashemi’s friends and family said that she must be freed forthwith and be treated as an ordinary witness given her cooperation with US judicial authorities, the absence of any charges against her and the fact that she does not pose a flight risk.

A Message from Marzieh Hashemi’s Family and Friends

In light of the new information contained in the order by the Chief Judge of District Court for the District of Columbia wherein it is clearly stated that Ms. Hashemi is not accused of any crime and has cooperated with the judicial proceedings and as to the fact that she does not pose a flight risk which was the basis for her arrest under the “material witness” law and that therefore there no longer is a need for her continued incarceration, we demand:

That Ms. Hashemi be immediately released from prison and be allowed to give testimony as an ordinary witness under conditions as determined by the judge.

Earlier, her children had also expressed concern about the situation of their mother who is languishing in US jail for a week now without any charge.

Hashemi’s daughter, Sarah, told Press TV in a statement Saturday that they were “very concerned” for their mother.

“We are hoping she will be free soon, but we have no concrete information and don’t know when that will be. We still do not know what this is about, which concerns us greatly. This is a very difficult time for the whole family,” Sarah said.

“My mother is a well-known journalist and has not committed any crime but this whole process has felt as if she is being treated like a criminal,” she added.

Hashemi, a 59-year-old US citizen who has been living in Iran for years, was detained last week while she was in the United States to visit her ill brother and other family members.

After days of silence, the US government confirmed Friday that it has been holding Hashemi in jail since Sunday as a “material witness” and that she will be released after she testifies before a grand jury.

Her elder son Hossein, however, said she was unlikely to be freed soon. So far, the Press TV news presenter has appeared twice before a US district judge in Washington.

The journalist has said she is being treated like a criminal. She has been handcuffed and shackled, had her hijab forcibly removed, and photographed without her headscarf upon arrival at the prison.

“It was very distressing to hear that her hijab was taken off and mug shot taken without it and I was relieved to hear she now has her hijab. We just want mom home,” Sarah said.

“She was given short-sleeved clothing that does not comply with her religious dress code and she was forced to wrap a t-shirt on her hair as a temporary head-covering,” her children said.

“The police had refused to give her halal or vegetarian meals, effectively denying her food and meaning she has only been able to eat a little bread since being detained,” they added.

The children have also transferred money to their mother but she has not been notified of it, they said.

Hashemi was arrested by the FBI upon arrival at St. Louis Lambert International Airport in St. Louis, Missouri, on a material witness warrant in an unspecified investigation.

“We’re hoping that it would be complete and she would be out this week. It doesn’t look like that’s going to happen,” Hossein said. “So we’re just waiting to hear more.”

A US government source told Reuters that the grand jury in Hashemi’s case is to examine on Wednesday whether Press TV is a propaganda outlet that failed to register with the Justice Department as a “foreign agent.”

Her children – Hossein, Sarah and Reza – are also due to appear before the grand jury on the same day, after a Friday session was postponed.

US-based analysts appearing regularly on Press TV believe either US Secretary of State Mike Pompeo or hawkish National Security Adviser John Bolton has ordered the arrest and other possible action against the broadcaster.

The targeting of Press TV comes amid a stepped-up US pressure campaign against the Islamic Republic under the administration of President Donald Trump.