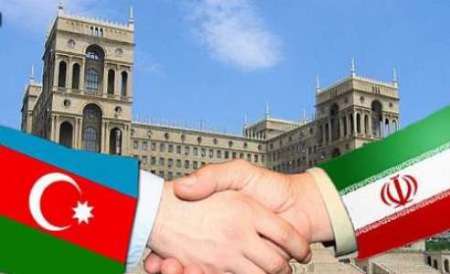 Iran calls for expansion of ties with Azerbaijan

IRNA – Governor General of West Azarbaijan Province Mohammad Mehdi Sharyari said on Saturday that the Islamic Republic of Iran puts priorities on expansion of relations with its neighboring countries and Azerbaijan Republic is not an exception.

He made the remark in a meeting with Azeri delegation who are now visiting west Azarbaijan Province of Iran.

Iran and Azerbaijan share abundant historical, cultural and religious commonalities and Iran is very serious to further expand ties and cooperation with Azerbaijan, he said.

West Azarbaijan is ready to broaden scope of cooperation in many fields such as export of agricultural products, he said.

Azarbaijan Province of Iran will spare no efforts to broaden all out cooperation at joint venture and exports of products to Azerbaijn, he added.

Iranian agricultural products are of high values and the province is ready to export its products, mainly grapes and apples to world markets as well as Russia, he said.