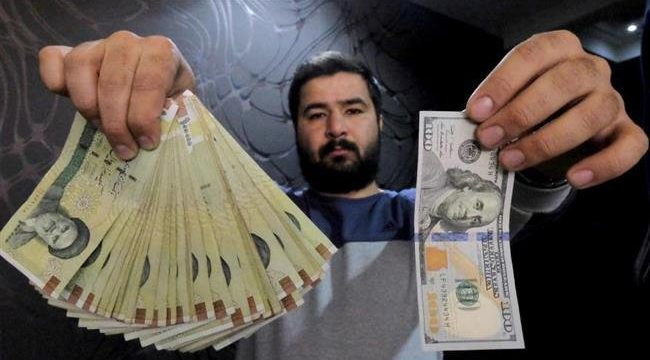 Getting around sanctions with crypto-rial

MNA – In April 2018, the Central Bank of Iran banned domestic banks and people from dealing in foreign cryptocurrency because of money laundering and financing risks.

However, the CBI decided to take a more moderate stance toward the digital money and blockchain technology following the imposition of a new round of US sanctions, hoping that the digital technology would facilitate Iran’s international money transfers and let the country evade the sanctions.

Meanwhile, as an oil producer with an oil-reliant economy dominated by petrodollars, Iran settled on the plan to utilize cryptocurrencies and blockchain technology to make up for any drop in oil revenues due to the economic sanctions designed to cut its oil sales.

Moving on the same track as China, Russia and Venezuela, Iran also hopes that blockchainization of state-backed fiats would lead to the demise of the dollar and put an end to the tyrant US policies.

Under the toughest US sanctions ever and blacklisting of Iran from the Belgium-based international financial messaging system (SWIFT), the country’s plan to create an indigenous cryptocurrency is improving incrementally and thanks to highly dynamic nature of the cryptocurrency, it can act as a good means for Iran to skirt certain sanctions through untraceable banking operations.

The CBI has been working with domestic knowledge-based companies to develop a digital currency, called crypto-rial, supported by HyperLedger Fabric technology.

As reported, the Informatics Services Corporation, affiliated to the CBI but run by the private sector, has accomplished development of rial-based national cryptocurrency and when the CBI approves the uses of national cryptocurrency, it will be issued to financial institutions such as banks to test payments and internal and interbank settlements.

Transactions at the state-backed virtual currency are carried out on an online ledger called a blockchain, just the same as Bitcoin, but since the infrastructure is privately-owned it will not be possible for people to mine it.

In fact, Iran is mainly aimed at testing the potentials of blockchain and crypto technology in running its financial system, making banks able to use the tokens as a payment instrument in transactions and banking settlement at the first phase of the blockchain banking infrastructure. The country seems inclined to enjoy the new virtual currency businesses which includes little notice or footprint and has also prepared the required infrastructure for trading cryptocurrency in its stock exchange.

However, in spite of the CBI’s prohibition from trading cryptocurrencies, Iranians had commenced using cryptocurrency and Bitcoin mining for transactions with the rest of the world before its use was banned by the CBI in the country.

But the US embargo on a number of cryptocurrency exchange platforms, including Binance and Bittrex, restricted Iran from receiving services, however, no assets belonging to Iranians were blocked. US sanctions have also ensnared Iranian bitcoin traders.

Furthermore, in December, the US Financial Crimes Enforcement Network, known as Fincen, issued a warning in an advisory to assist US banks and other financial actors such as cryptocurrency exchanges in identifying “potentially illicit transactions related to the Islamic Republic of Iran,” Bitcoin.com reported.

Fincen believes that P2P cryptocurrency exchangers are a significant means through which Iran can dodge economic sanctions.
Following the Fincen’s announcement, the United States lawmakers introduced a bill (HR 7321) to impose more sanctions on Iranian financial institutions and the development and use of the national digital currency, Cointelegeraph reported.

The act prohibits transactions, financing or other dealings related to an Iranian digital currency, and introduces sanctions on foreign individuals engaged in the sale, supply, holding or transfer of the digital currency.

In the wake of the US restrictions, thus, cryptocurrency trades are limited into Iran’s domestic market and not possible at the international level and Bitcoin is sold at a significant premium relative to the global average price in Iran.

Unfortunately, the basic and premier regulations of using cryptocurrencies have not been ratified in Iran and Iranians are obliged to refer to stock exchange shops abroad to do their crypto-transactions, most of which are American obedient to US regulations and of course, sanctions.

To make using cryptocurrency and blockchain technology legal and official in the country, the Iranian government is drafting a policy framework by the help of the CBI and the Stock Exchange Organization which clarifies all its regulations and policies over cryptocurrency and mining.

Being legislated, it is believed that SWIFT can be replaced by the digital money, i.e. the rial-pegged national currency, and transactions would be done faster and at lower prices.

Due to a lack of required regulations, cargoes of equipment for mining cryptocurrency are seized by the customs administration. They are said to be released as soon as the government legalizes cryptocurrency use in the country.