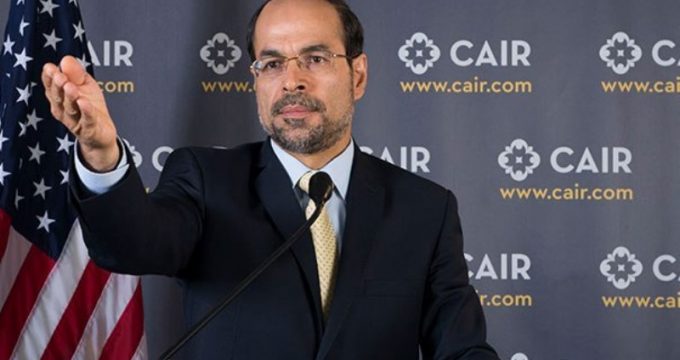 IRNA – The Council on American–Islamic Relations (CAIR) has urged US to be accountable to the arrest of Marzieh Hashemi, a journalist and anchor working for Iran’s English-language Press TV news channel, saying there is no justification for denying her religious rights.

‘Law enforcement officials must clarify why they are holding Ms. Hashemi without formal charges and why they have allegedly denied her religious rights while in custody,’ said CAIR National Executive Director Nihad Awad Friday in reaction to the move by US Federal Bureau of Investigation (FBI) and Department of Justice to detain the Press TV news presenter.

‘There can be no justification for denying an American citizen, or any other person, their basic civil and religious rights,’ Awad stressed.

He went on to say that CAIR had earlier been successful in defending Muslims’ religious rights.

The US-born Marzieh Hashemi (Melanie Franklin) who traveled to the US to visit her sick brother was arrested at St. Louis International Airport in Lambert on January 13 and transferred to a detention facility in Washington by FBI agents.

Hashemi has told her family she has been mistreated at the detention center and her hijab has been forcibly removed.

She converted to Islam after the 1979 Islamic Revolution and moved to Iran in 2008, where she started working as a TV presenter and journalist.

Earlier, Iranian Foreign Minister Mohammad Javad Zarif called for immediate release of Hashemi, saying ‘the custody of Iran’s reporter in the US is highly political and she should be released immediately.’

In the meantime, Iranian Foreign Ministry Spokesman Bahram Qasemi condemned the US act and called for her immediate and unconditional release.