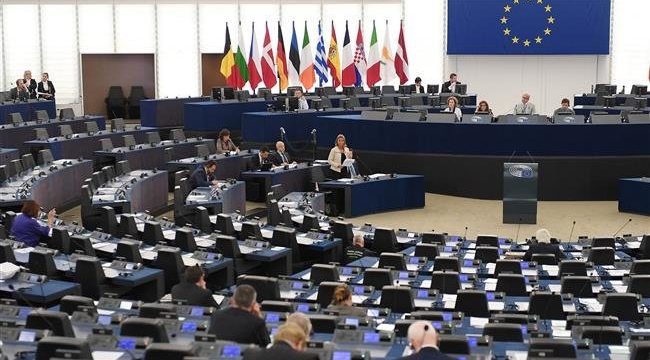 January 19, The Iran Project – In protest at the upcoming anti-Iran summit due to be held by the US in Warsaw in mid-February, several participants declared their refusal to attend while condemning the move.

Just before he embarked on a tour of Middle Eastern countries to reassure US allies about the administration’s anti-Iran policies, US Secretary of State Mike Pompeo made the announcement that a summit will be held in Warsaw, Poland.

The summit is dubbed as ‘Ministerial to Promote a Future of Peace and Security in the Middle East’ and according to Pompeo, it will focus on Iran.

An EU spokesperson told IRNA on the condition of anonymity that EU’s High Representative of the European Union for Foreign Affairs and Security Policy Federica Mogherini will not participate at an anti-Iranian summit in the Polish capital due to her busy schedule.

In a relevant development, some Lebanese sources said on that Lebanon’s government has declined an invitation by the US to attend an upcoming anti-Iran forum in Warsaw.

Meanwhile, a group of activists in the United States and other countries have signed a petition, calling on European countries to boycott the anti-Iran summit in Poland.

The activists have started the petition on the website of the anti-war group Code Pink to ask European countries not to participate the summit announced by Pompeo, whose aim “will be to set the stage for an unnecessary conflict with Iran.”

More than 3,000 people have so far signed the online petition, which urges EU countries to skip Pompeo’s “belligerent conference” and “instead host an alternative one with all nations of the region, including Iran.”

The summit, the petition says, is part of Washington’s pressure campaign against Iran following its withdrawal from the 2015 nuclear deal and re-imposition of sanctions, describing the nuclear deal as “a major step forward for peace and security in the Middle East.

“Instead of a summit to confront Iran, we need the world to pressure the United States to reenter the Iran nuclear deal after [President Donald] Trump’s unilateral withdrawal and to lift the devastating sanctions it has imposed on Iran,” the petition reads.

Also, the Head of Iran’s Foreign Policy Strategic Council Kamal Kharrazi has described the Polish government’s hosting of an anti-Iran conference under pressures from the United States as a disgrace for the European identity.

Iran Foreign Ministry summoned the Polish envoy over the issue and said that Poland has ‘no right’ to host such a meeting against Iran.