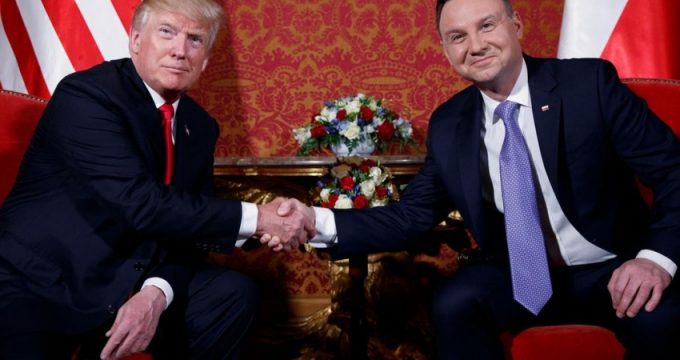 Iranian Diplomacy  | Mohammad Ghaderi: Polish officials have closed their eyes to the realities of international relations regarding the hosting of an anti-Iran conference. They still do not know that at the end of this game Warsaw will lose its international prestige and respect and the US will finally abandon them.

In 1939, when World War II began, Poland came under attacks by both Nazi Germany and the Soviet Union. The attacks led to starvation, displacement, and mass execution of Polish people.

It was between the years 1941 to 1943 that about 150,000 Poles took refuge in Iran. During their three-year stay in Iran, the Iranians’ hospitality toward the Poles won the praise of the international community, especially the Poles themselves.

At the time, Poland’s officials had said that the Iranians’ kindness toward the Polish refugees will not be forgotten from their memory.

Now, at the beginning of 2019, some Poles who spent their childhood in Iran during World War II, are still alive. They are narrators of a nation that while themselves were grappling with starvation, they did whatever they could for their guests who had fled the war and punishment. However, today there is an open and secret relationship between the Polish and US governments aimed against Iran.

The point is that Warsaw has not been an independent power player at the international scene in recent decades. Persons such as Jaroslaw Kaczynski to Donald Tusk and Mateusz Morawiecki have all been turned into submissive politicians who have preferred playing at the US court.

It is not without reason that many analysts view Poland as a country with limited international influence.

Today, at a time when the Iranian nation is struggling with illegal sanctions by the Trump administration, officials in Warsaw have agreed to host an anti-Iran conference. Though this joint Washington-Warsaw measure against the Iranian nation will reach nowhere, the great treason of this European country will not be wiped from the Iranians’ minds.

The reasons that the Polish officials are doing against Iranians are not just limited to this move.

In 2018, when Trump unilaterally withdrew the US from the 2015 nuclear agreement, Poland was the only country in Europe that tacitly supported the move.

The Polish officials claimed that Trump’s concerns about the JCPOA (the official name for the nuclear agreement) was understandable and called on fellow European countries to consider these concerns. Moreover, Poland announced that it is ready to bring the views of Europeans and the US closer together over the JCPOA after Washington’s pullout from the nuclear pact.

Now, Poland has the illusion that it has received the benefits of its subservience to the US and the selection of Warsaw as a venue for the anti-Iran conference is a positive signal that has been sent to Poland by Mike Pompeo and other US officials.

Polish officials have closed their eyes to the realities of international relations. They still do not know that at the end of this game Warsaw will lose its international prestige and respect and the US will finally abandon them.