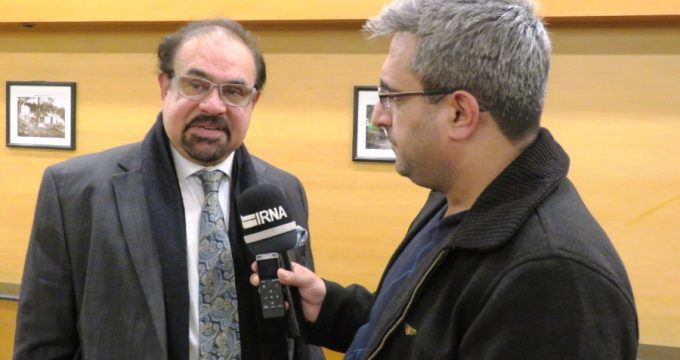 IRNA — Managing Director of Tourism Corporation of Pakistan’s north western Khyber Pakhtunkhwa province says a memorandum of understanding (MOU) would be signed with Iran in near future to promote tourism and culture ties.

In an exclusive interview with IRNA Mushtaq Ahmed Khan, said the bilateral relations between the two brotherly countries in the field of culture and tourism will be improved.

He added Iran and Pakistan are two brotherly neighbors so definitely ‘we are looking forward for more cordial bilateral relation in the field of culture and tourism.’

The official went on to say that Iran is an ancient civilization and deserves rich cultural tourism. “We are struggling to promote tourism in our country especially in our province. 75 percent of Pakistan’s historic spots are in Khyber Pakhtunkhwa province,” he said.

The MD said Khyber Pakhtunkhwa province has many Gandhara civilization settlements and many Budhist monks regularly come to visit these historical sites. “We also have the oldest Budhist monastery of Julian in the province which is famous around the world and is being declared a UN heritage site,” Mushtaq Ahmed Khan said.

He said ‘we are also trying to promote religious tourism for Budhist people so that they could come to Pakistan and visit their religious sites in Khyber Pakhtunkhwa province.’

He added in near future Khyber Pakhtunkhwa Tourism Corporation will be holding an event in which we will invite Iran, Afghanistan and side by side Tajikistan, Uzbekistan, Kazakhstan.

“The event will provide an opportunity to show arts and crafts and culture of the participating countries here,” he said.

The official said: I salute the Iranian consulate in Peshawar because they always approach us to organize different events and hold fruitful discussions.

“Hopefully in near future we will sign a bilateral agreement with Iran in the field of tourism, culture,” Mushtaq Ahmed Khan said.

He was of the view that better people to people contact would also strengthen bilateral ties.

“I am very much hopeful that situation in Afghanistan would settle down which would also help promoting regional tourism,” said the MD.

The official disclosed that ‘we are trying to ease our visa process for the friendly countries particularly with Iran. We have prepared a list of 50 countries in this regards and Iran and Turkey are on the top of the list. We are not only friends rather we are the same people having same faith and culture.’