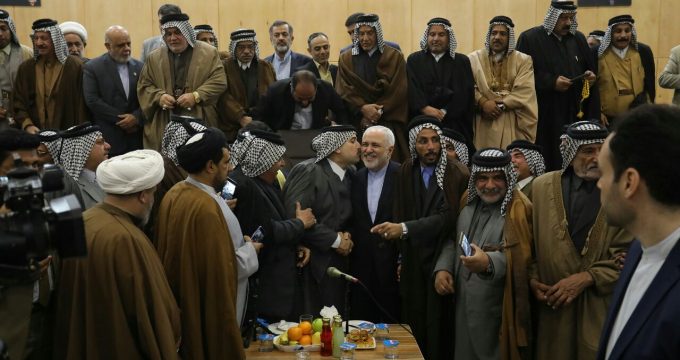 Iran’s coverage: Visa regime may be cancelled between Iran and Iraq: FM Zarif

Foreign Minister Mohammad Javad Zarif said on Wednesday evening that Tehran has offered visa-free entry for both Iranian and Iraqi businesspersons and is waiting for Baghdad’s approval.

Iran’s minister of intelligence reminded the Zionist regime of the blows it has received from Iran, saying the Islamic Republic will continue to inflict defeats on Israel in the intelligence arena.

A senior Iranian cleric has censured Europe for dragging its feet in adopting practical measures to save the 2015 multilateral nuclear agreement following the US’s withdrawal, saying he thinks the Islamic Republic will ultimately have to “set fire” to the deal if the trend continues.

EU’s High Representative of the European Union for Foreign Affairs and Security Policy Federica Mogherini will not participate at an anti-Iranian summit which is going to be held in Poland, said an EU spokesperson.

The Iranian Foreign Minister Mohammad Javad Zarif has said that Iraq needs to only relay on Iran in the post-ISIL reconstruction era as it did in the fight against terrorism.

Iran rules out reports on stopping visa issuance for Poles

Iran has dismissed the reports circulating in the media that claim Tehran has stopped issuing visas for Poles.

Iranian Foreign Minister Mohammad Javad Zarif said US Secretary of State Mike Pompeo does not have the right to interfere in Iran-Iraq issues.”

Special Purpose Vehicle (SPV) will be launched in a short time, a European official said on Thursday.