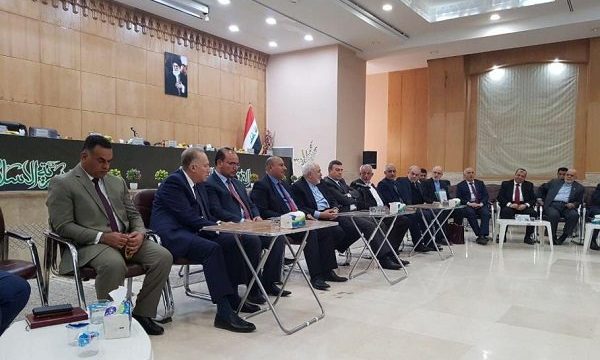 MNA – The Iranian Foreign Minister Mohammad Javad Zarif has said that Iraq needs to only relay on Iran in the post-ISIL reconstruction era as it did in the fight against terrorism.

Mohammad Javad Zarif, the Iranian Foreign Minister made the remarks on Wednesday afternoon in a meeting with the Iraqi officials in the province of Karbala. Zarif arrived in Baghdad on Sunday and he is scheduled to wrap up his 5-day visit to Iraq and the Kurdistan Regional Government (KRG) after visiting the holy city of Najaf.

“If you want to rebuild Iraq in the hope of others, you would get nowhere just as you would not have achieved victory in the fight against the ISIL terrorist group if you had waited for others’ help,” Zarif told the Karbala officials.

“If there had not been Ayatollah Sistani’s Fatwa and the Iraqi people’s sacrifices along with the Islamic Republic of Iran’s cooperation, the region would be in a different situation now,” the Iranian foreign minister added.

The top Iranian diplomat stressed that victory against ISIL was achieved through the sacrifices and efforts of the Iraqi people not through the foreign countries’ help, adding at the same time, the Islamic Republic of Iran stood by the Iraqis to secure that victory.

Also in the meeting, the Karbala local officials hailed Zarif’s efforts to lead the Iran nuclear deal to a conclusion, stating “your efforts restored peace and security to the world.”

Before the meeting with Karbala officials, the Iranian political and economic delegation headed by Zarif had attended a big business forum attended by representatives of Iranian and Iraqi businesses in Karbala on Wednesday morning.