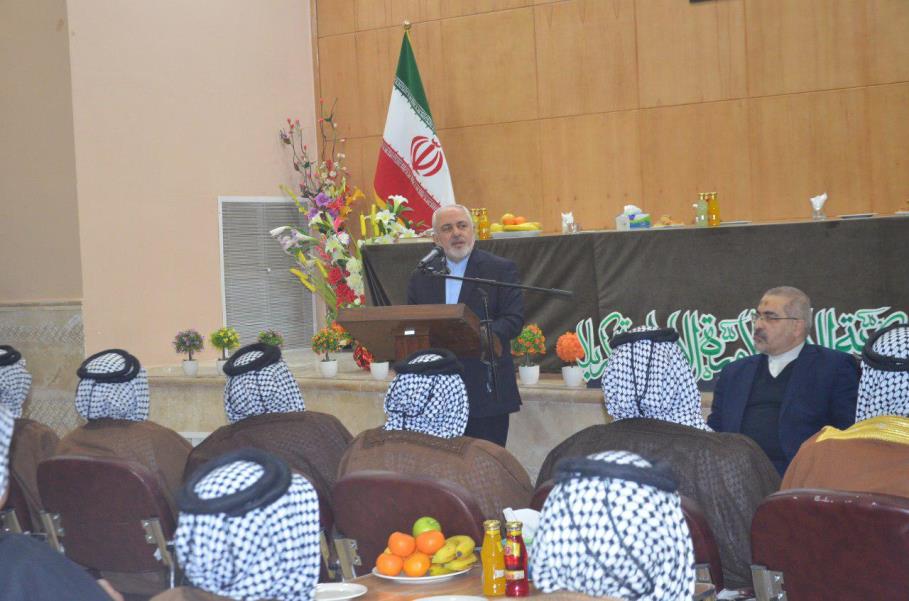 IRNA – Foreign Minister Mohammad Javad Zarif said on Wednesday evening that Tehran has offered visa-free entry for both Iranian and Iraqi businesspersons and is waiting for Baghdad’s approval.

Tehran and Baghdad may sign a visa waiver agreement during the travel of the Iranian President Hassan Rouhani to Iraq that will take place in the near future, Zarif said in a meeting with a number of tribes in Karbala and Babil, center of Iraq.

Although Iran has already proposed the issue, such agreement will be signed between the two countries after holding talks with the Iraqi officials, Zarif said in the meeting held in Iran’s Consulate General in Karbala.

Talking of bilateral ties, the Iranian foreign minister said that the two nations enjoy deep historical and cultural relations, and no power is able to separate the two neighboring countries.

Iran considers no ceiling in development of cooperation with its friendly country of Iraq, Zarif added.

He further stressed the importance of enhancing mutual cooperation in fight against Takfiri terrorism.

Iran’s Zarif arrived in the Iraqi capital on January 13.

In Iraq, he held talks with a number of top Iraqi officials, including his counterpart.